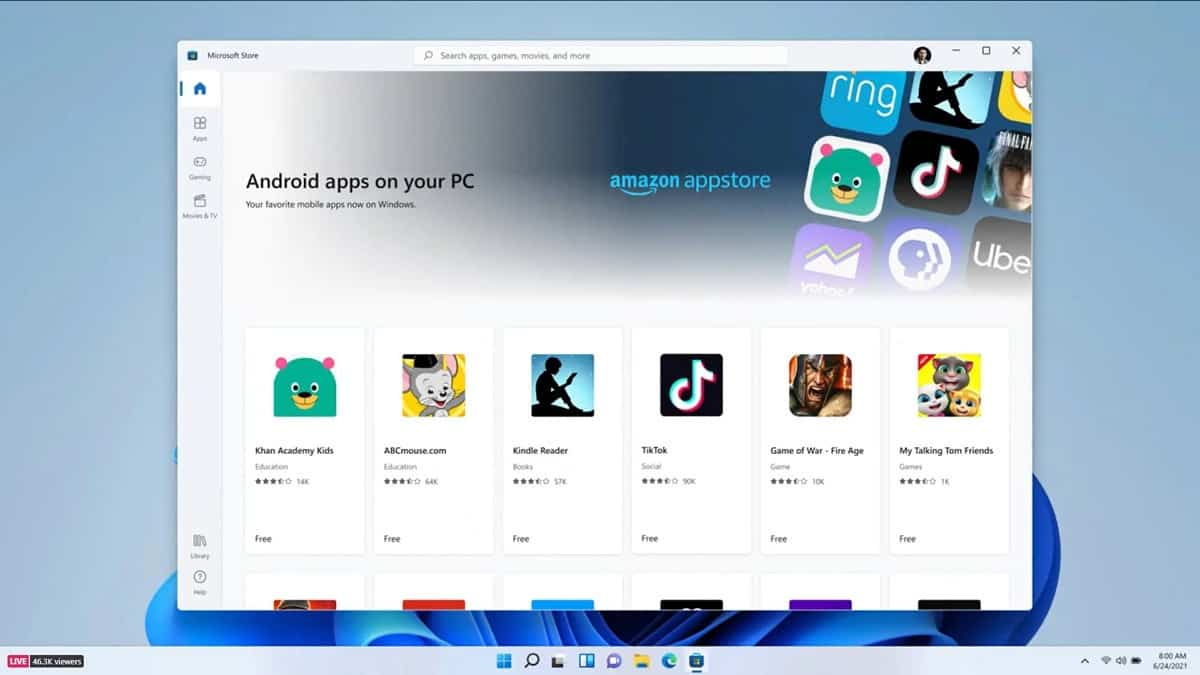 Once you do that, you’ll be able to grab Android apps from the Microsoft store. It is worth noting that the selection is limited, though, of course. There are some prerequisites, though, not any PC can run this.

Microsoft says that the PC needs to have at least 8GB of RAM, though 16GB is recommended. It also needs to utilize an SSD (Solid-State Drive), and the Intel Core i3 8th-gen CPU or above. On top of that, the Virtual Machine Platform setting much be enabled.

You can enable this from the Microsoft Store, if you’re interested

If you do live in one of those markets, and would like to try out the feature, this is how you can do it. Simply head to the Microsoft Store, then download ‘Amazon Appstore’, and install ‘Windows Subsystem for Android’ when prompted.

Once everything is installed, you’ll need to open the Amazon Appstore and log in with your Amazon account. The selection of apps is not exactly great, but sideloading is not out of the question.

There are tons of programs available for Windows 11, but if you really do need an Android app to improve your everyday productivity or use in general, now you have a way to achieve that. Needless to say, there are a lot of great Android apps out there, so… go for it, if you’re interested.