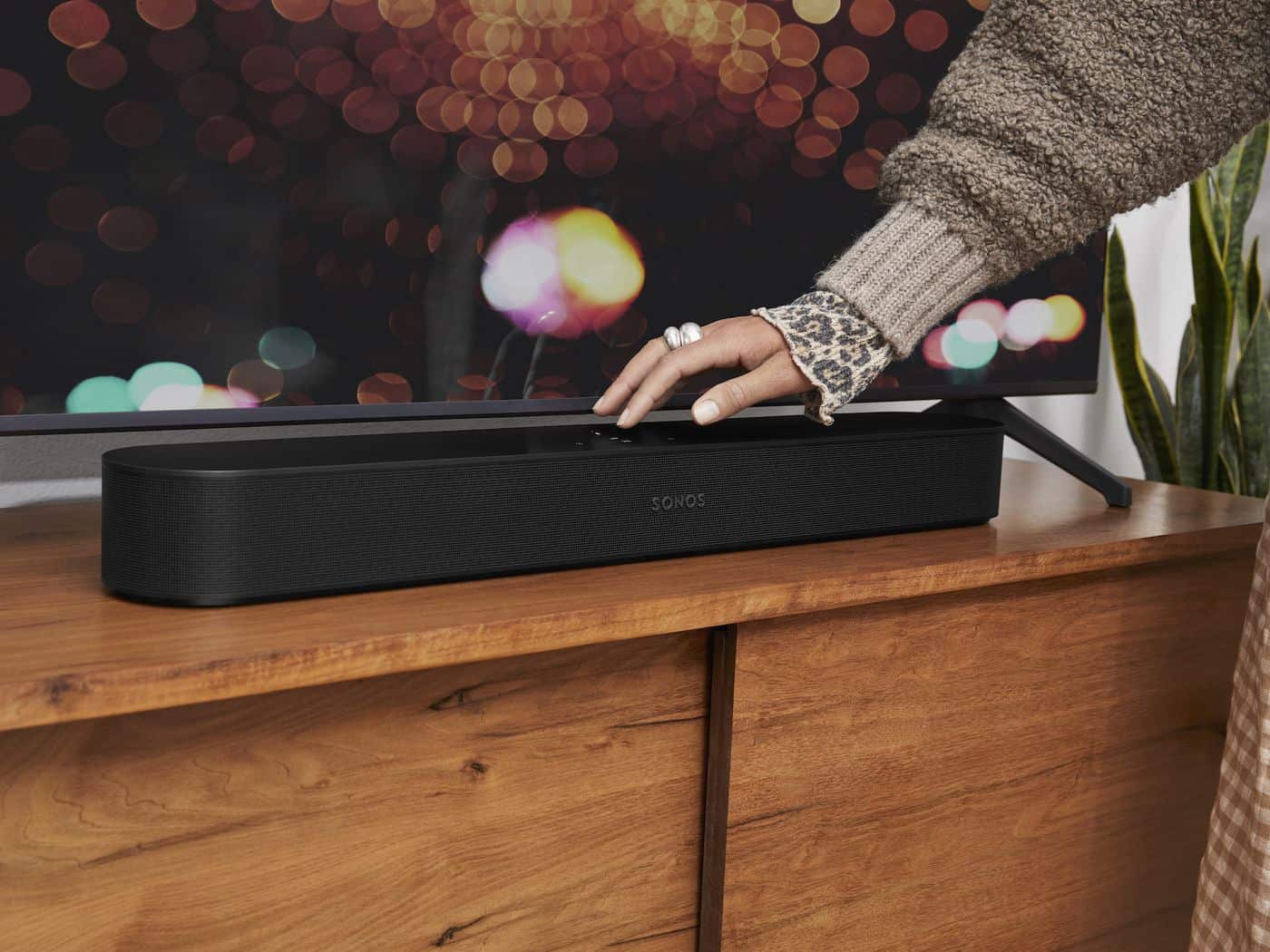 One of the best ways to upgrade your entertainment center is to add a new Dolby Atmos Soundbar to your setup. That’s going to greatly improve your audio experience, and it can be done for pretty cheap actually.

A new soundbar is also going to make for a pretty big improvement in your entertainment experience, and it won’t cost a lot. We’re here to help you pick out the best Dolby Atmos soundbar for your home.

Without further ado, here are the best Dolby Atmos soundbars that you can buy right now.

Thanks to that built-in subwoofer, you’re going to get some really deep and rich bass. You’ll also be able to stream music wirelessly, thanks to Bluetooth. Now at this price point, you don’t get Chromecast or Apple AirPlay. But that seems like an ok thing to give up for Dolby Atmos at this price.

The Samsung HW-Q900A is one of the most high-end Dolby Atmos soundbars on the market right now. It’s a 7.1.2-channel soundbar with wireless subwoofer. Not only does it have Dolby Atmos, but it also has DTS:X included, for some really great sound.

Sound is optimized for each scene, so no matter what you’re watching, you’re going to get the best sound quality here. 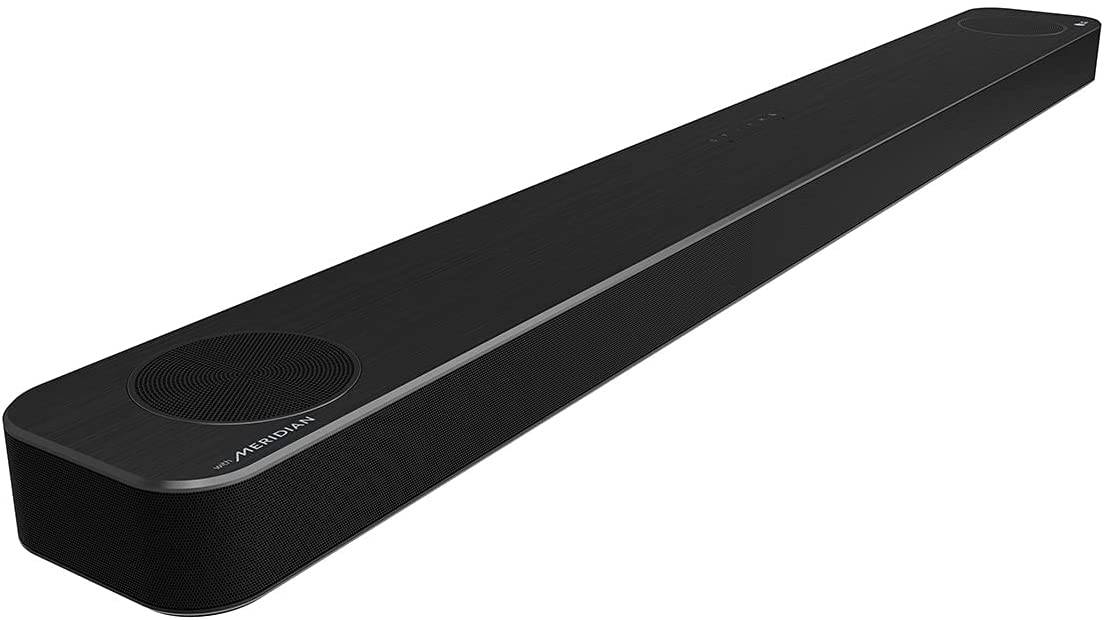 The LG SP8YA is a really good soundbar, and it includes a wireless subwoofer as well. This is a 3.1.2-channel soundbar, with about 440W of total output power. Like some of the other soundbars on this list, this one also includes DTS:X in addition to Dolby Atmos.

It works using HDMI eARC, so you’ll be able to use one remote to control your TV and soundbar. That is becoming a much more popular feature these days. And it does make things so much easier to use. 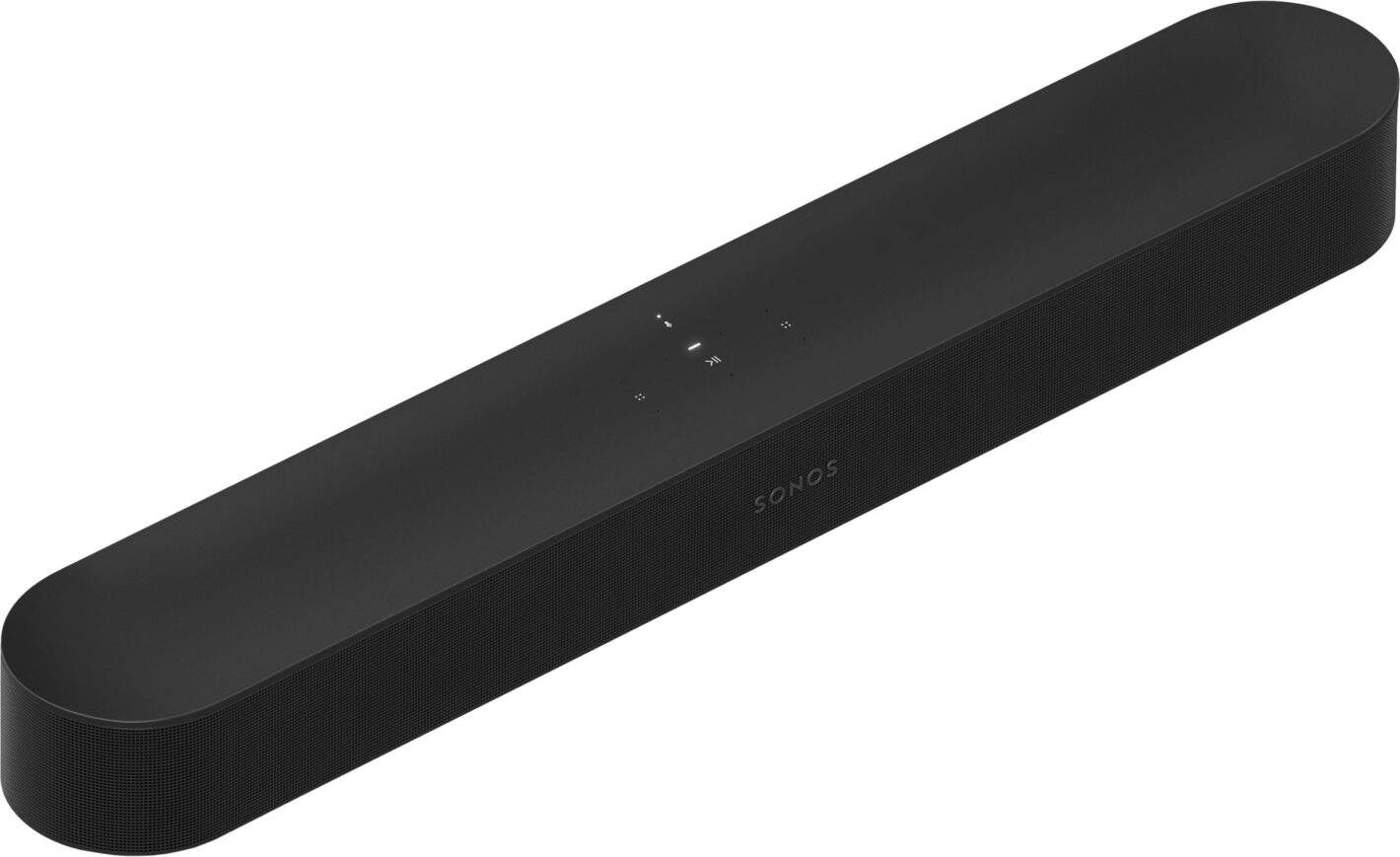 The Sonos Beam (Gen 2) brings back a lot of what made the original Beam so popular, but now with Dolby Atmos. It works great with Sonos’ own multi-room audio technology. So you can pair this with a couple of Sonos One speakers and get a nice wireless surround sound system.

Sonos also updated the Beam with a new precisely perforated grille, so the Beam looks as good as it sounds and can fit nicely into your home. It also has support for Amazon Alexa and Google Assistant – you can choose which one you want to use. 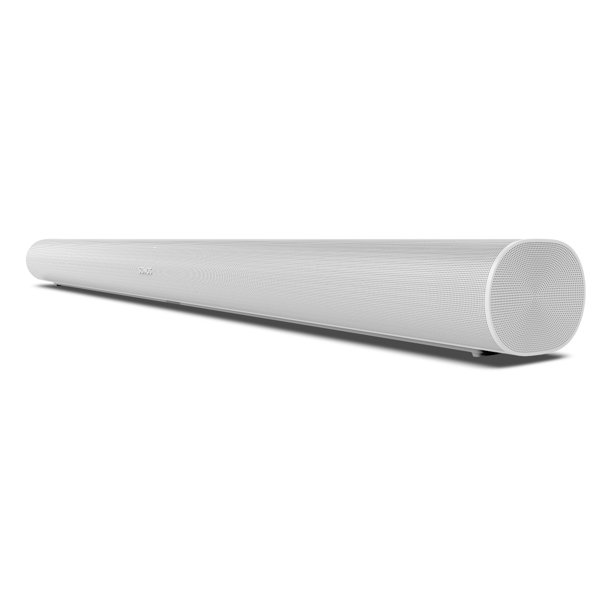 The Sonos Arc is the company’s most high-end soundbar, with Dolby Atmos. So if you are already invested in the Sonos ecosystem, then this is a really good choice. But stock is currently extremely limited for the Arc. So it’s currently running higher than it normally would.

The Arc is a beautiful-looking soundbar that comes in white or black. It fits in really nicely into anyone’s home. It can also work with your Sonos speakers for multi-room audio, which is really nice to have.

The JBL BAR 5 is another relatively inexpensive soundbar that has Dolby Atmos. There’s no wireless subwoofer included, but it does do 5-channel multibeam. So this soundbar can be relatively impressive.

Not only does it have Dolby Atmos, but it also has Dolby Vision and 4K pass-through, making it really great for a Dolby Vision 4K HDR setup in your home. It also has AirPlay, Alexa Multi-Room Music and Chromecast built-in. 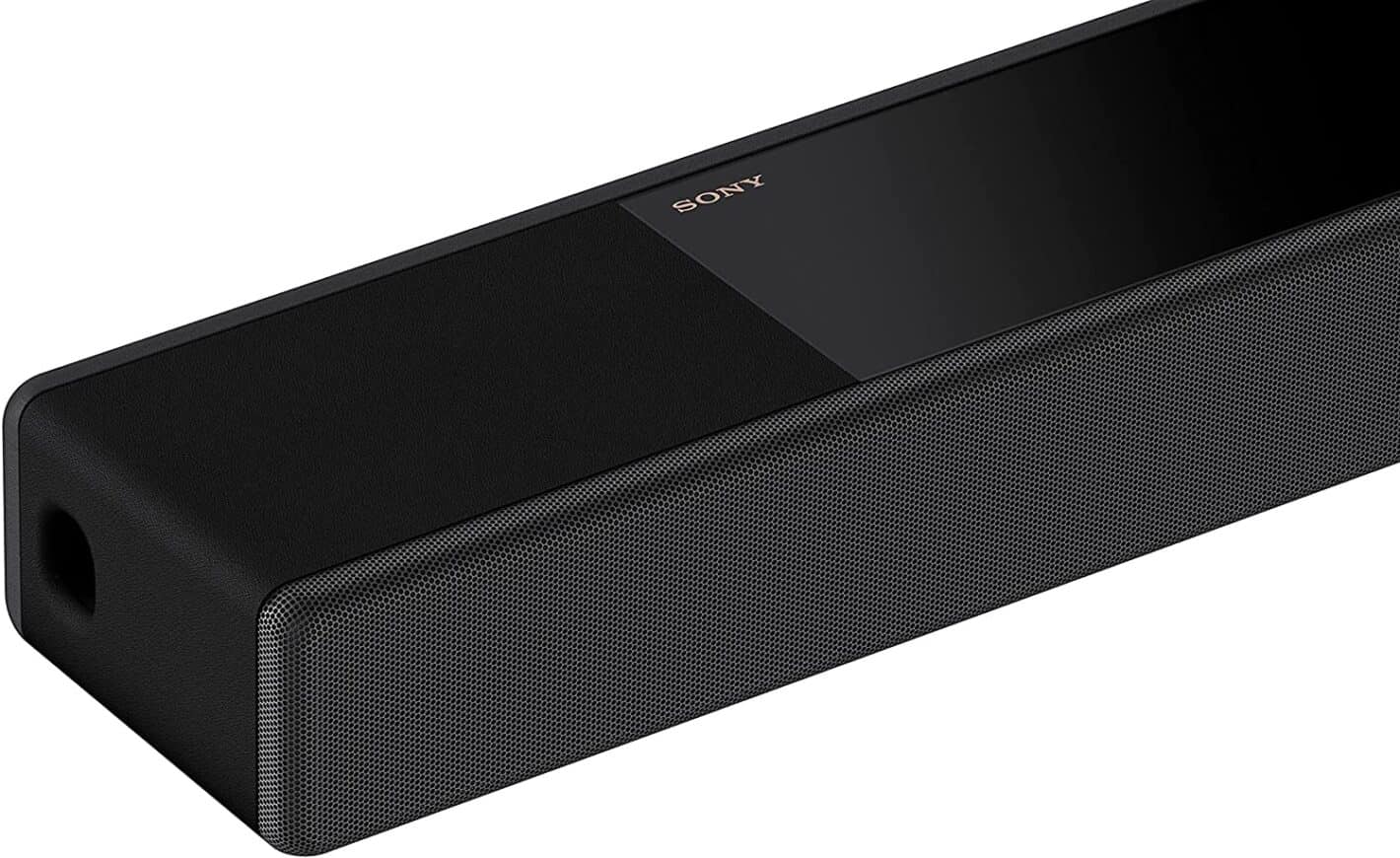 The Sony HT-A7000 is another high-end Dolby Atmos soundbar, and does pair really nicely with a Sony 4K TV. It does also include DTS:X audio, and 360 Reality Audio.

This soundbar from Samsung is a 3.1.2-channel Dolby Atmos soundbar that also comes with a wireless subwoofer. Which is going to greatly improve your entertainment center. If you have a Samsung QLED TV, it can really immerse your experience while watching your favorite movies and TV shows.

Samsung has also included spacefit sound, which can automatically calibrate sound and enhanced clarity to adapt to your space.

Some forget that Bose also makes some really great soundbars. And this is the new Bose Smart Soundbar 900, with Dolby Atmos. Why is it a “Smart” soundbar? Well, because it has Alexa built-in. So it works like an Echo device. Allowing you to do all sorts of things with this soundbar.

This soundbar is a really great looking soundbar and would fit in quite nicely in your home theater setup.

The Sony HTX8500 is another rather inexpensive soundbar that happens to have Dolby Atmos support. It comes in at under $300 normally and makes for a really nice upgrade to your home entertainment center.

This is a 7.1.2-channel Dolby Atmos and DTS:X soundbar. Which also has Vertical Sound Engine. Sony has built-in dual subwoofers, for some really nice bass, without needing a wireless subwoofer to go with it.