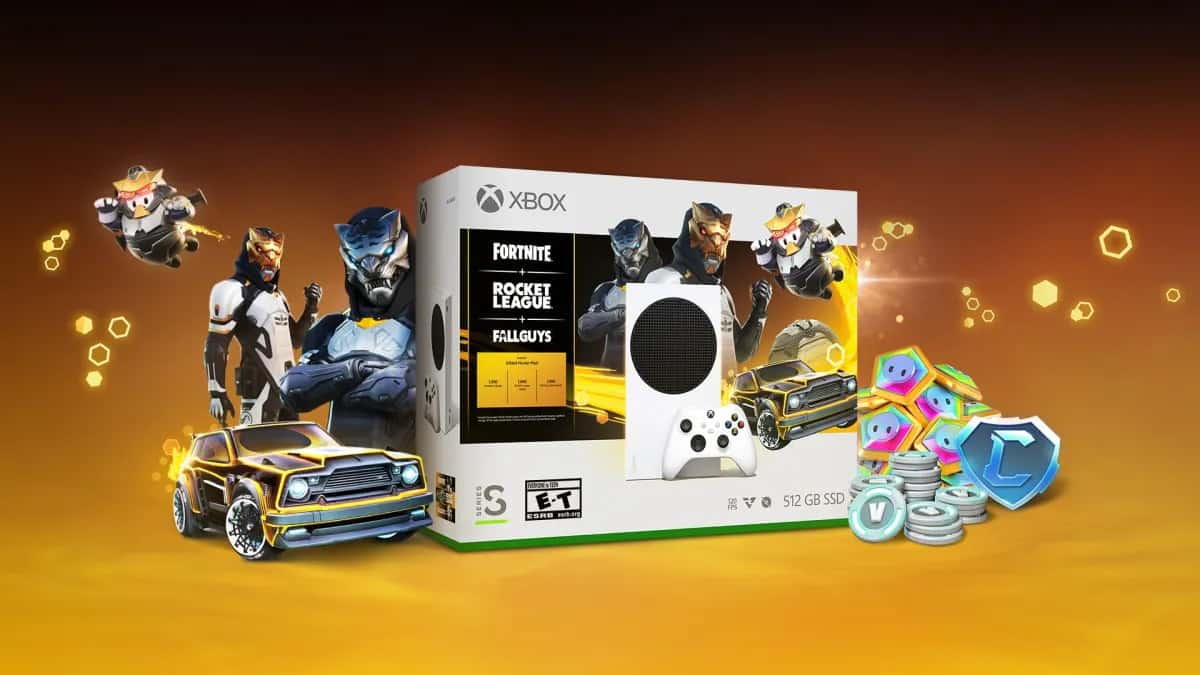 Microsoft is launching the new Xbox Series S – Gilded Hunter Bundle for the holiday season and it’s the perfect Xbox console for Fortnite fans. The $299 bundle comes with the Xbox Series S as well as loads of in-game content for Fortnite, Fall Guys, and Rocket League. All of which are free-to-play titles and easy to jump into from the all-digital game console.

The in-game content consists of a skin and a few other items for each game, as well as 1,000 of each game’s respective premium currency. For the free-to-play fans out there, the bundle sounds like a pretty good deal considering the console costs the same price as it normally does. Microsoft says it’ll launch the Xbox Series S – Gilded Hunter Bundle on November 29 for $299. But of course, the level of value gets even better with this bundle.

The best part about this entire bundle? The Xbox Game Pass Ultimate subscription. Which you get for two years. The caveat here, and it’s a big one, is that you need to purchase the console bundle using Xbox All Access. Which costs $24.99 a month for 24 months. That means in the end, you’re still paying for Game Pass Ultimate. So even though it may look like it comes free, it doesn’t.

The service is still a good value though. So it’s definitely worth considering if you’re planning to grab the bundle. Not only does it give you access to a bunch of other games right off the bat, but you get the cloud gaming as well. So you can continue to play those Xbox games on the go.

Microsoft says the bundle will only be available, “while supplies last.” And even though the Series S has been way easier to find than the Series X, there’s still a chance the bundle won’t last long. So you may want to go for it right away if you can.