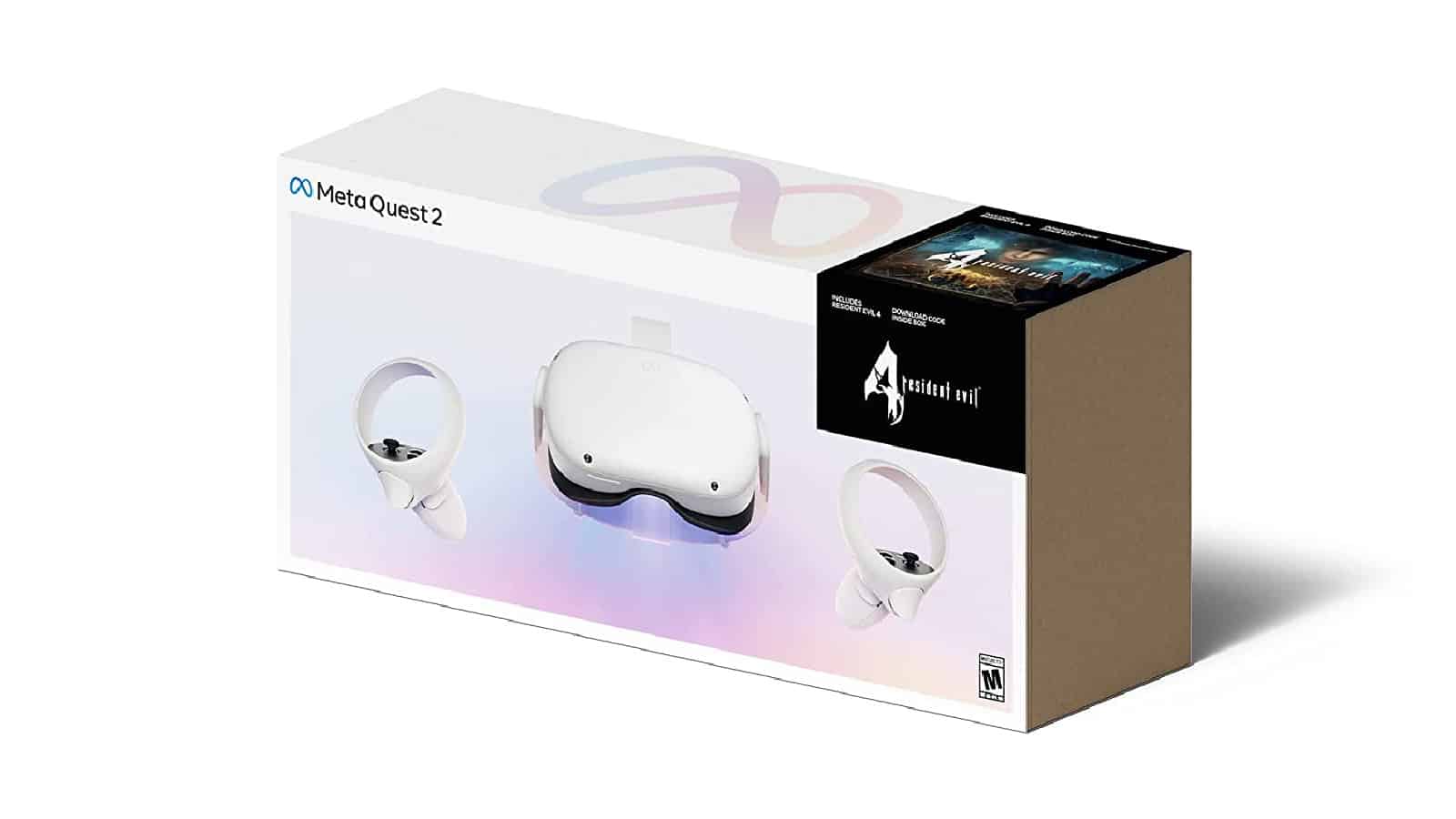 Amazon is already offering the Meta Quest 2 Black Friday bundle, and it’s one you won’t want to miss. Technically, the headset itself is only $50 off. With the bundle coming in at $349. But Meta is also including Beat Saber and Resident Evil 4. Beat Saber is a very, very popular game on the Meta Quest 2. So getting it for free is a really nice bonus here.

The Meta Quest 2 (formerly, Oculus Quest 2) is a really impressive headset, and one of the best VR headsets that is also affordable right now. It has a pretty powerful processor and a high-resolution display inside. Making for a really great experience while wearing the headset. It also has 3D positional audio, hand tracking and haptic feedback to complete the immersion and make your virtual world feel real.

One of the great things about the Meta Quest 2 is that you do not need a VR-capable PC or console to connect it to. Just put on the headset, draw out your play space, and start exploring fully immersive games, fitness, social spaces and entertainment.

While a lot of people get the Meta Quest 2 for the games, it’s also a great headset for working out. Thanks to apps like Superhuman, which allows you to workout in virtual reality. Meta actually tried to buy this app, but the government blocked it. Even though it is only available on the Meta Quest 2.

The Meta Quest 2 does come with the headset and controllers. It recently got a price bump from $299 to $399, partly due to inflation, but also due to Meta removing all instances of Facebook from the headset. So you no longer need to login with your Facebook account. It does come with 128GB of storage as well.

You can pick up the Meta Quest 2 Black Friday bundle from Amazon today by clicking here. But you’d better hurry as this deal is not going to last very long.