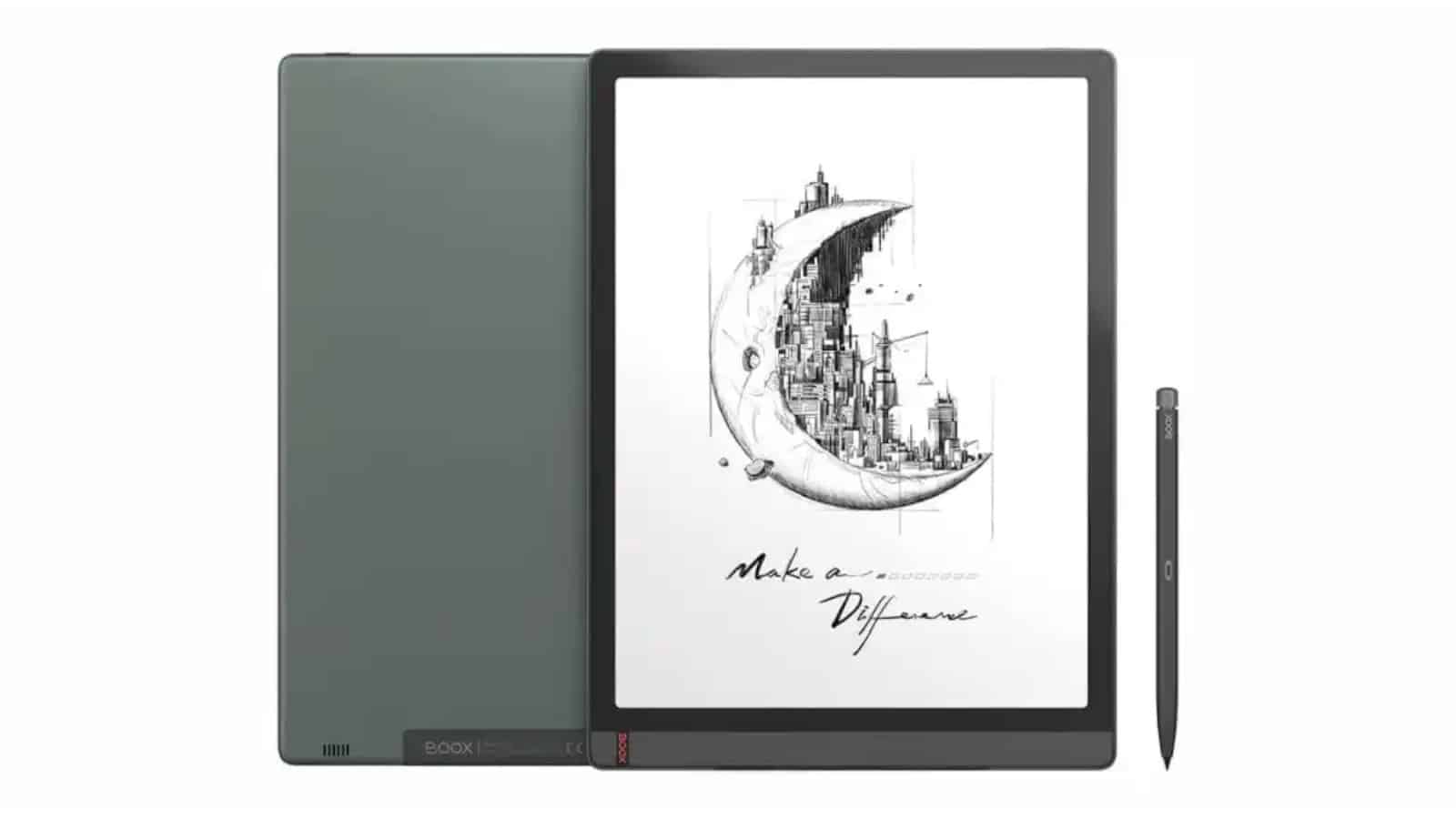 E-ink technology has progressed far since it was invented, and it’s found a comfy spot in the tablet market. There are tons of E-readers out there that share the same profile as your iPad or Galaxy Tab. Onyx just introduced its large 13-inch Boox Tab X with an E-ink display.

E-ink technology is a great technology if you want a device that’s basically a smart notebook. Sure, people like to have stunning OLED displays with high refresh rates, but there are people out there who just want a tablet that let you read and write.

This is where E-ink tablets come in clutch. Their displays are powered on, but they consume SUBSTANTIALLY less power than your OLED or LCD displays. Where a tablet can run for hours, E-ink displays can last for days. Imagine going several weeks without charging your device.

The Boox Tab X is a massive E-ink tablet

Digging into this tablet’s specs and capabilities, you’d see that it’s a bit of an overachiever. This is an E-ink tablet with an emphasis on notetaking and reading. It has a large 13.3-inch display with a respectable 2200 x 1650 resolution. This will make text and images show up pretty sharply.

The display resolution makes it great for reading, but there are some features that make it great for writing. For starters, the display is compatible with stylus input. The stylus supports 4,096 levels of pressure for accuracy. In case you’re wondering, the pen does come in the box. So, if you need to take handwritten notes or sign documents, you’re covered.

Also, this tablet has Bluetooth capabilities, so you’re able to connect a Bluetooth keyboard. This is for those who want to take their notetaking to the next level.

The specs are pretty powerful for an E-reader

The specs of this tablet are a bit overkill, as they’re befitting of a typical tablet. It uses a mid-range Qualcomm SoC that’s backed up by 6GB of RAM and 128GB of storage. That’s more than enough for anything that you’d be doing on this tablet.

What’s most notable about this tablet is the software. It’s running a full version of Android 11. That’s pretty insane for a tablet like this. Now, just to be clear, the software was heavily customized to work with the E-ink display. In any case, you have access to the Google Play store. This means that you’ll have access to sorts of apps.

You won’t exactly be able to play Genshin Impact on it, but may be able to download a wide range of notetaking and E-reading apps. You could get more underrated apps that you won’t see on smaller app stores.

As you can imagine, a tablet as robust as the Boox Tab X demands a high price tag. It’s available to buy for $879.99 on Amazon.