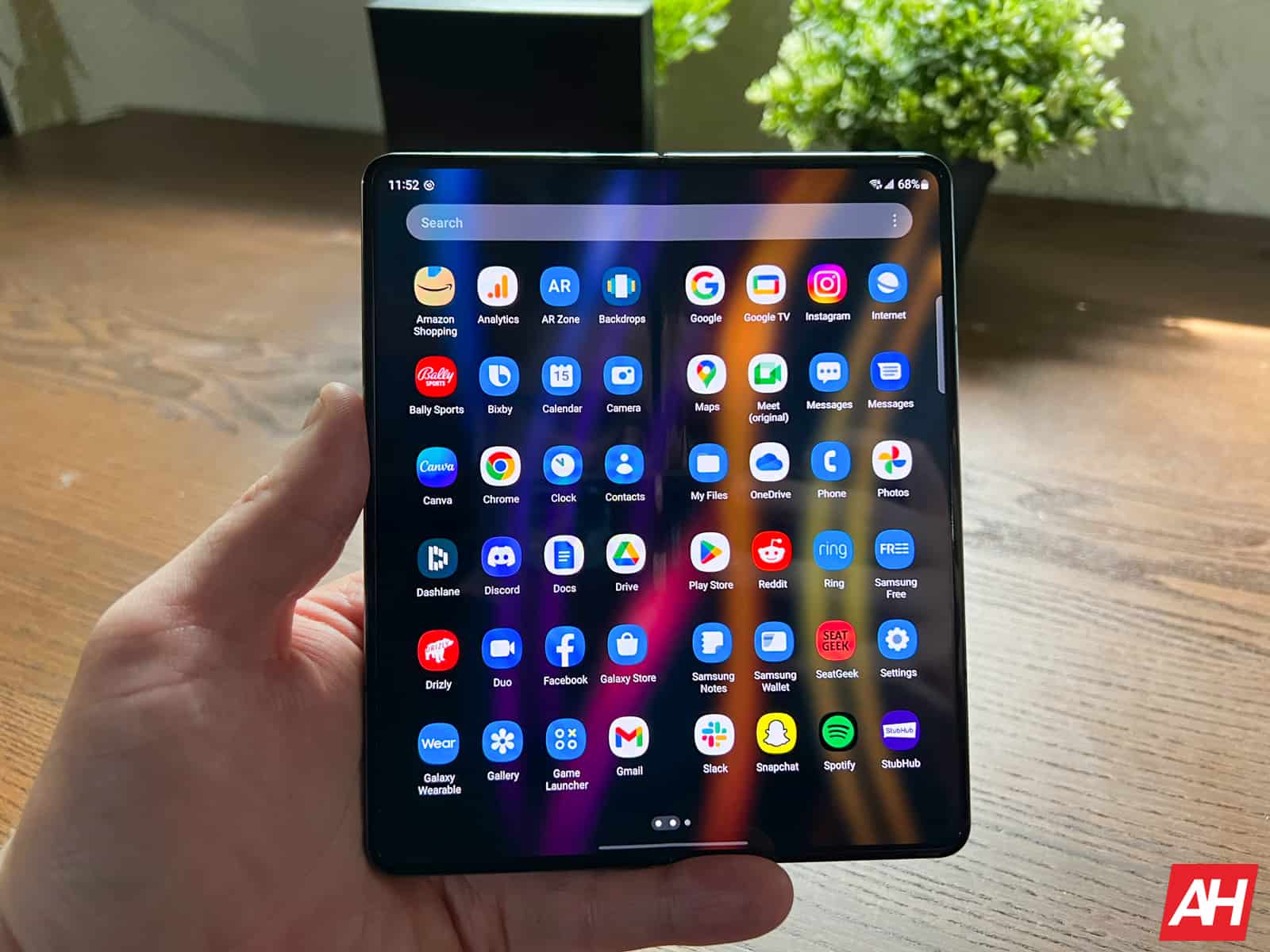 Samsung may be working on a new type of facial recognition system for smartphones. A newly discovered patent application from the company describes a dual-UDC (under-display camera) technology that uses two hidden cameras to scan your face from two different angles. This approach should make facial recognition on smartphones more secure and accurate.

Samsung filed this patent application with the KIPRIS (Korea Intellectual Property Rights Information Service) back in March 2021. It was published this Thursday and spotted by Dutch publication GalaxyClub. “According to various embodiments, … multiple cameras are included … multiple images about the user is obtained … the final image is obtained among the images … to perform the authentication about the user…,” the patent description explains.

The documents also mention measuring your pupils. Since our pupils change size depending on the amount of light, Samsung wants to use it as a verification tool. It will change the screen’s brightness to determine the pupils’ reaction. This will enable the system to distinguish between a real face and a model or photo. That’s because pupils in photos won’t change in size depending on the amount of light.

From what we can see, Samsung is looking to produce a 3D image of your face while also scanning your pupils for more accurate and secure facial recognition. A single camera can never make a reliable facial recognition system. As we have seen over the year, it can be easily fooled using a photo or a face with an identical facial structure. That is why Android smartphones mostly rely on a fingerprint scanner for biometric authentication.

Samsung could use this facial recognition technology on its future foldables

Samsung first used an under-display camera on the Galaxy Z Fold 3 last year. It was a 4MP sensor with rather large 2.0µm pixels and an f/1.8 aperture. The company retained the same sensor on the Galaxy Z Fold 4 this year but improved the screen resolution above the camera to better hide it. It is still not invisible, but the implementation is better than the first-gen solution. We expect the Korean firm to further improve the tech in the coming years.

As far as this dual-UDC system is concerned, there’s no telling if Samsung is actively working on it or just patented the technology for potential future use. But if the work is going on, the company could use it for advanced facial recognition on its future foldables. Perhaps on non-foldable smartphones as well. But before that, Samsung needs to make the tech less visible so it doesn’t interfere with the content on the screen.