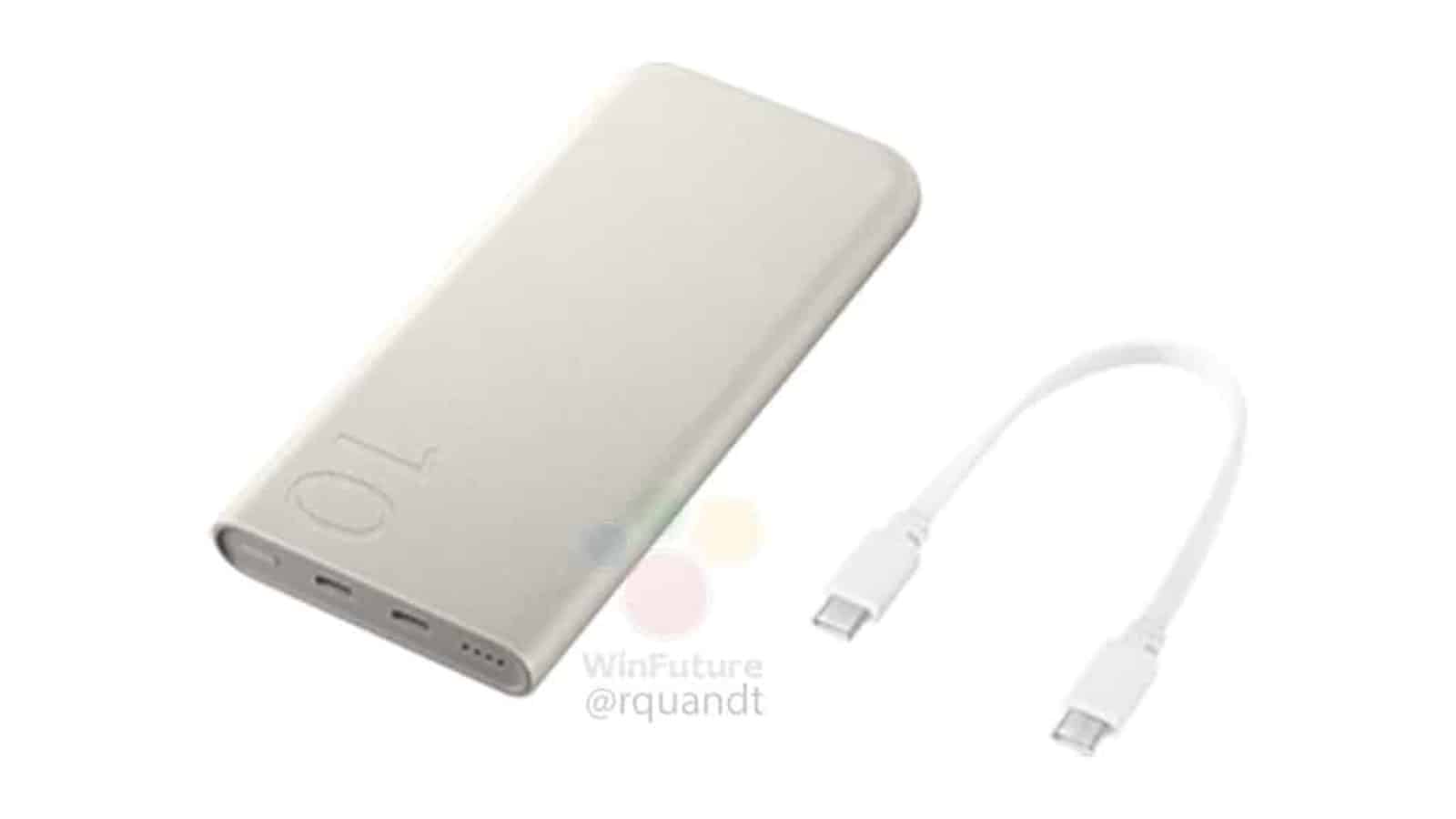 We recently saw an unannounced Samsung power bank with 25W ‘superfast charging” in leaked renders. It appears the product will be part of the company’s new Superfast Portable Power lineup. The Korean firm has filed a trademark application for this branding.

Samsung filed for a trademark for “Samsung Superfast Portable Power” with the USPTO (United States Patent and Trademark Office) last week (via). The patent documents describe the product as “battery chargers for mobile devices; battery packs for mobile devices”. This more or less confirms that we are talking about a power bank or a charger here, with the former being more likely.

Unfortunately, the application doesn’t reveal much. We know it’s a portable gadget for supplying power to mobile devices. The “Superfast” in the name indicates it will offer faster charging than we normally get from existing Samsung products in this category. The Korean firm has been rather cautious when it comes to charging speeds. Very few of its devices charge faster than 25W, with 45W being the maximum speed.

The upcoming Galaxy S23 series is also rumored to top out at 45W. Perhaps, only the Ultra model will go that far, with the vanilla Galaxy S23 and Galaxy S23+ charging at a maximum speed of 25W. While we aren’t expecting Samsung to offer a 45W portable charger, aka power bank, the Superfast Portable Power could be a new lineup of 25W power banks.

Samsung already has a 25W “superfast” power bank in the works

As said earlier, Samsung already has one such product in the works. Tipster Roland Quandt recently shared renders of the unannounced power bank with the model number EB-P3400. It reportedly has a capacity of 10,000mAh. More importantly, the source mentioned that the unit will offer “superfast charging” with a maximum output power of 25W. The renders showed the gadget in Beige, with two USB Type-C ports. We could also see a physical power button and a battery-level indicator.

Of course, there’s no telling if the EB-P3400 Samsung power bank has anything to do with the Samsung Superfast Portable Power trademark. But, if it is what we think it is, then there may be more models in this lineup in the future, possibly with higher capacity. The EB-P3400, meanwhile, may launch in the coming months. Perhaps it could arrive around the same time as the Galaxy S23 series. Rumors have it that the new Samsung flagships will debut in early February. We will keep you posted.