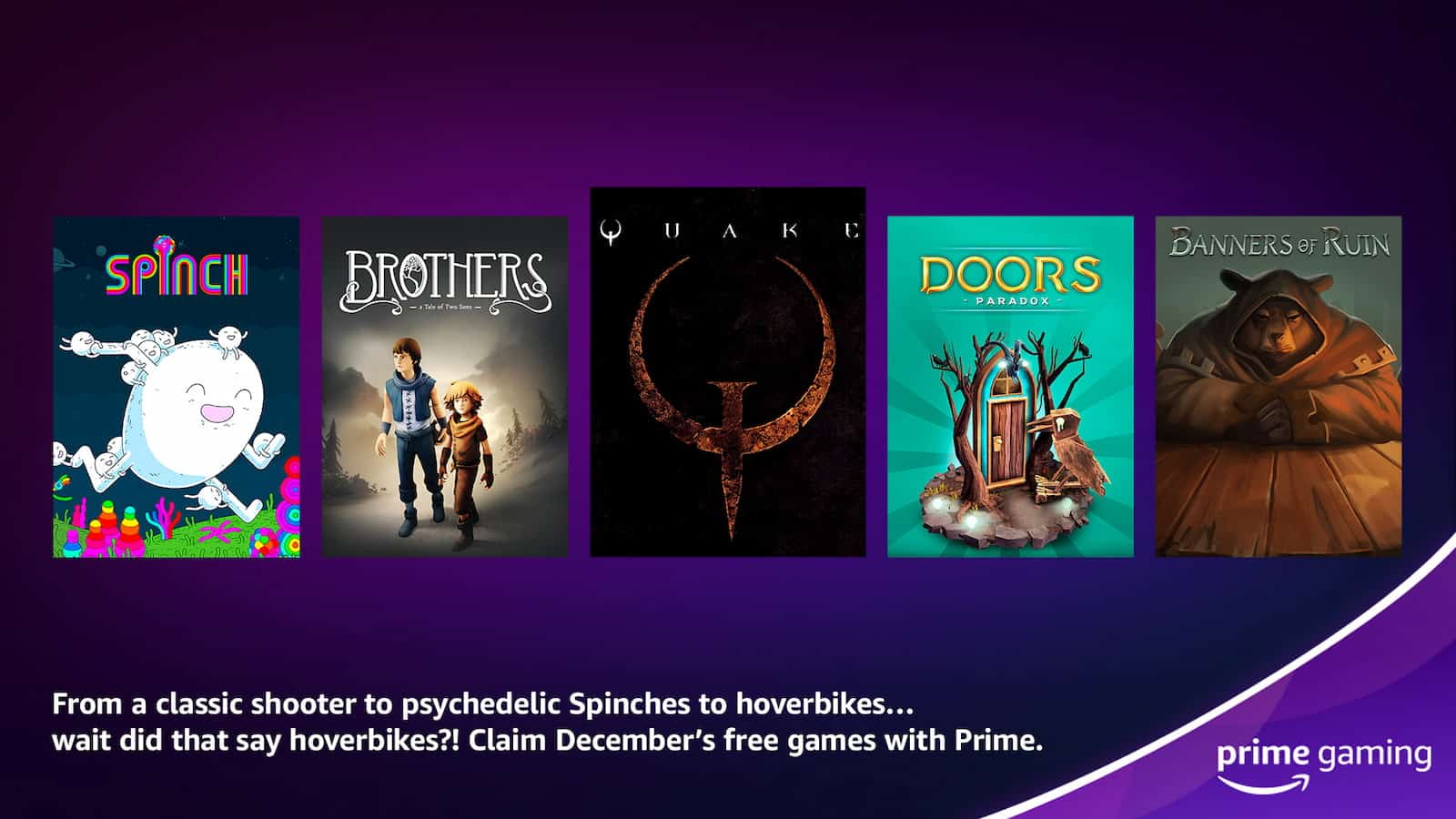 Just like Amazon does with Prime Video and Prime Music. With that out of the way, December is a good month for Prime Gaming subscribers. Because not only do you get more free loot, there’s also a new crop of games to pick up for free.

This coming month (which starts tomorrow), being a Prime Gaming member will open up access to claim 8 different games at no charge. This includes Quake, Rose Riddle 2: Werewolf Shadow, The Amazing American Circus, Banners Of Ruin, Brothers: A Tale of Two Sons, Spinch, Desert Child, and Doors: Paradox. Quake and Brothers: A Tale of Two Sons are the two headliners here. But the other games surely have some entertainment to offer and are worth checking out.

In addition to the new free games, December is a month filled with in-game loot you don’t want to miss out on. There will still be some loot that was available from November that will carry over into December. Though make sure to check the expiration dates on all of the loot for games you play and want to claim.

As for what’s coming, here’s what to expect. On December 1, Grand Theft Auto Online players can claim $125K. Then on December 2, you can claim a random emote chest if you play League Of Legends: Wild Rift.

December 6 opens up new loot for Legends of Runeterra and Red Dead Online, then on December 7 you can claim some loot for Raid: Shadow Legends. December 8 and December 15 circle back around to GTA Online and Wild Rift respectively. And on December 13 you’ll be able to claim loot for Two Point Hospital.

Make sure to claim your Prime Gaming loot from the official site.