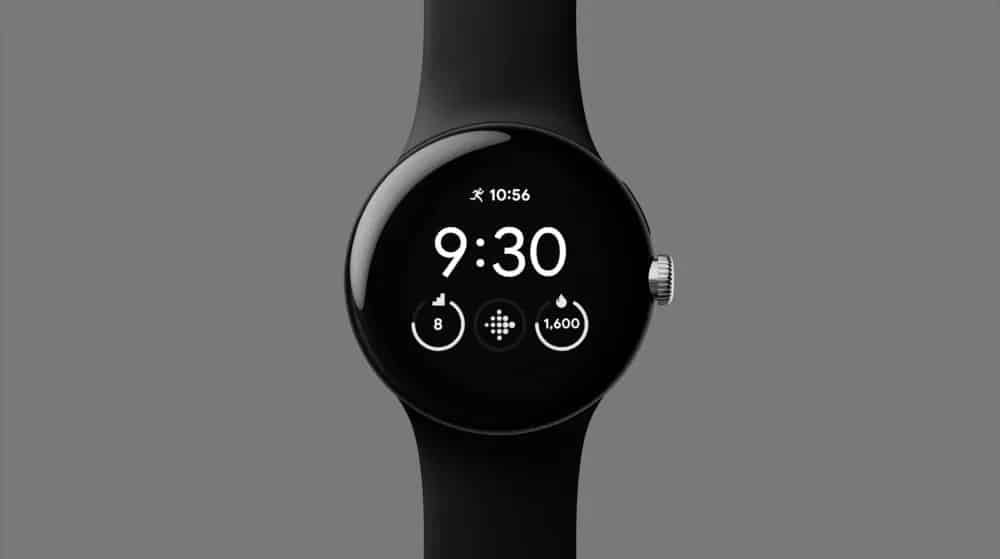 Tons of Pixel content surfaced recently. The Pixel 7 and 7 Pro spec sheets appeared, along with some additional info. A lot of Pixel Watch info appeared as well, and that includes a leaked ad that we’ll talk about today. This Pixel Watch ad confirms ‘Health by Fitbit’, along with some other information.

This ad has been shared by SnoopyTech, the same source as some other content lately. In this 30-second ad, you can take a closer look at the watch itself, its watch bands, and some of its features.

That’s not all, though, ‘Health by Fitbit’ is mentioned, and the same goes for ‘Help by Google’. Now, what’s extremely interesting is something that is not in focus here, but it’s mentioned in the disclaimer. The disclaimer says: “Metal bands coming this winter”.

A previous report stated that both a Milanese band and a link bracelet are in development, and this basically confirms it. We do know that they won’t be available at launch, though. As most of you know, the Pixel Watch comes with proprietary connectors, so you won’t be able to use regular watch bands here. That’s a huge shame, but there you have it.

Active, Woven, and Leather bands should be available at launch

What we do know is that Active (silicone), Woven, and Leather watch bands will all be available too. In fact, all those got shown in recently-leaked images. Those will likely be available at launch.

This ad does show heart rate tracking screen, while you can also get some Google Maps-related content here. The cat is out of the bag at this point, as we do have a lot of info about this watch. All that remains now is for the spec sheet to appear.

The Pixel Watch will become official on October 6. It will launch during Google’s Pixel press event. The Pixel 7 and 7 Pro will be in focus during that event, alongside the company’s first Pixel smartwatch.