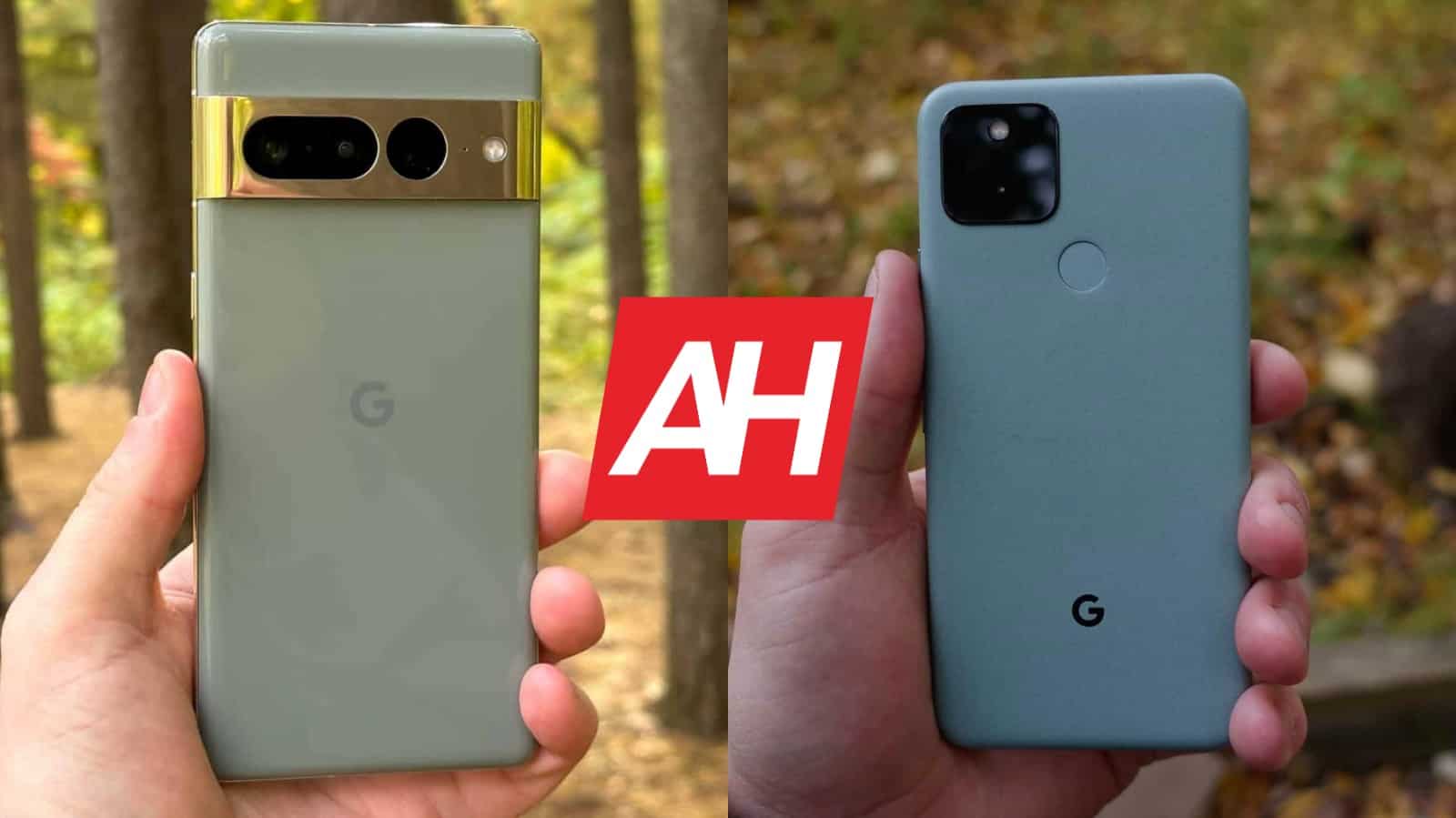 We’ve compared Google’s smaller new flagship with the Pixel 5 quite recently. Some of you are probably considering upgrading to the Pixel 7 Pro from the Pixel 5, though. That’s why, in this article, we’ll compare the Google Pixel 7 Pro vs Google Pixel 5. As most of you know, the Pixel 5 was released back in 2020. It was the company’s most powerful handset that year, even though it was technically a mid-range smartphone. That year was rather odd for Google, in terms of smartphone releases, but the Pixel 5 ended up being quite an interesting device.

Having said that, it may be time to upgrade, for some of you, so we’ll try to help you make a decision. The Pixel 5 and Pixel 7 Pro do differ quite a bit, though, which should make this comparison interesting. We’ll first list their specifications, of course, and will then compare the two phones across a number of categories. We’ll compare their designs, displays, performance, battery life, cameras, and audio performance. So, let’s get started.

These two phones both look and feel different. The Pixel 7 Pro is made out of metal and glass, while the Pixel 5 utilizes a metal unibody build, but there’s a catch. You can’t really feel that metal, as it’s covered by resin, which makes the phone a bit less slippery. The Pixel 5 is also a lot smaller than the Pixel 7 Pro, as it has a lot smaller display. It is considerably shorter, narrower, and even thinner, on top of being over 60 grams lighter. If you’re looking for a phone for one-handed use, the Pixel 5 is definitely a better choice.

The Pixel 7 Pro has a camera visor on the back, which is covered by aluminum. The camera visor starts on one side, and ends on the other, as it molds into the phone’s frame. The Pixel 5 has a more regular camera island in the top-left corner, and it’s quite small too. Google branding is present on the back sides of both phones, but it looks a bit different. The Pixel 5 is definitely the less slippery phone, which is easier to use with one hand. The Pixel 7 Pro does feel more premium, and if you like big phones, that one will definitely suit you more.

There are some major differences present in the display department as well. The Pixel 7 Pro includes a 6.7-inch QHD+ (3120 x 1440) LTPO AMOLED display. This panel is curved, and it has a centered display camera hole. It offers a 120Hz refresh rate, and it supports HDR10+ content. The Pixel 7 Pro’s display gets quite bright at 1,500 nits of peak brightness. This display is protected by the Gorilla Glass Victus, and has a 19.5:9 aspect ratio. 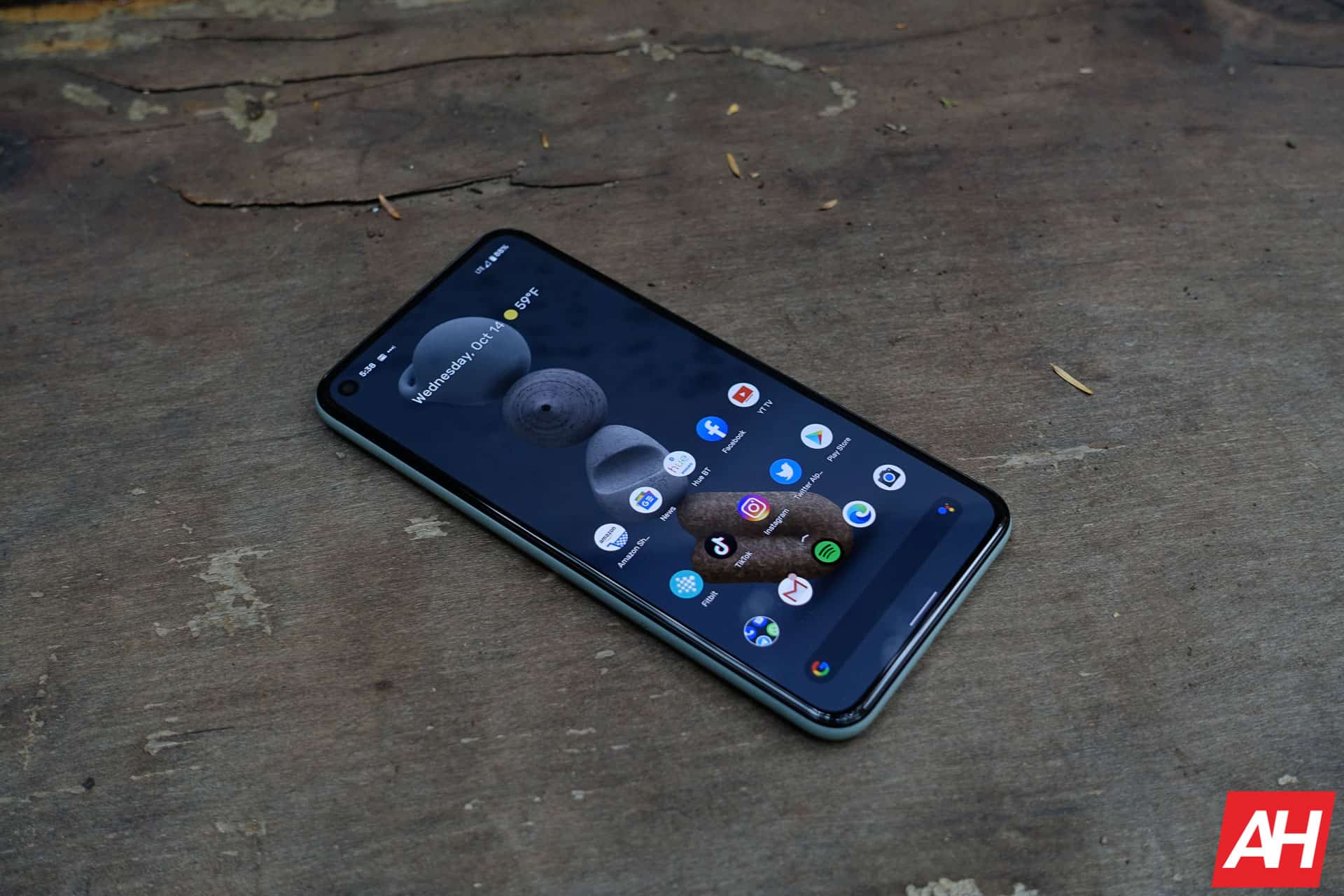 The Pixel 5, on the other hand, has a 6-inch fullHD+ (2340 x 1080) OLED panel. This is a 90Hz display, which supports HDR10+ content as well. It is protected by the Gorilla Glass 6, and offers an aspect ratio of 19.5:9. This display doesn’t get nearly as bright as the Pixel 7 Pro’s, and you may have issues using it outdoors, especially under direct sunlight. This panel is flat, unlike the Pixel 7 Pro’s.

The Pixel 7 Pro has a better display out of the two, there’s no doubt about it. It gets considerably brighter, while it’s sharper, and offers a higher refresh rate. Both panels do look really nice, though. They offer vivid colors, good viewing angles, and those deep blacks we’re used to. Still, the Pixel 5’s display is outclassed by the Pixel 7 Pro’s.

Google used its second-gen processor in the Pixel 7 Pro, the Tensor G2. That is a flagship-grade SoC, and it’s backed by 8GB/12GB of LPDDR5 RAM and UFS 3.1 flash storage. The Pixel 5 is fueled by the Snapdragon 765G SoC, which was Qualcomm’s mid-range SoC when it launched. It’s quite dated at this point. The phone also includes 8GB of LPDDR4X RAM and UFS 2.1 flash storage.

Needless to say, the Pixel 7 Pro has more powerful performance-related hardware. Not only does it include a much faster SoC, but faster RAM and storage as well. It is worth noting that the Pixel 5 still offers good performance, though. It’s not nearly as smooth as the Pixel 7 Pro, but it gets the job done without lagging. It does skip frames here and there, but that is to be expected.

If you are a power user, though, the Pixel 7 Pro is definitely the better choice. This phone can handle much more intense use, unless you’re planning on doing a lot of intense gaming. With more intense titles, such as Genshin Impact, the Pixel 7 Pro kind of struggles. It does heat up quite a bit with such titles, and you will be forced to lower the details for better performance. In every other aspect, the phone’s performance shines, though.

The Pixel 7 Pro features a 5,000mAh battery on the inside, while the Pixel 5 has a 4,080mAh unit. Do note that the Pixel 5 has a much smaller, lower-res display, which also has a lower refresh rate. The Pixel 5 actually offered outstanding battery life at launch, but it’s not that good these days. It has been in use for quite some time on our end, and it still does hold up well, but not to the level as before.

Back when it launched, the Pixel 5 was able to cross the 8-hour screen-on-time mark without a problem. Now we’re able to get well over 6 hours of screen-on-time, and sometimes hit the 7-hour mark. That’s still pretty great. The Pixel 7 Pro is actually on a similar playing field. We were getting between 6 and 7 hours of screen-on-time. Google may improve that via updates, though, especially when it fixes the display battery drain at higher brightness settings. 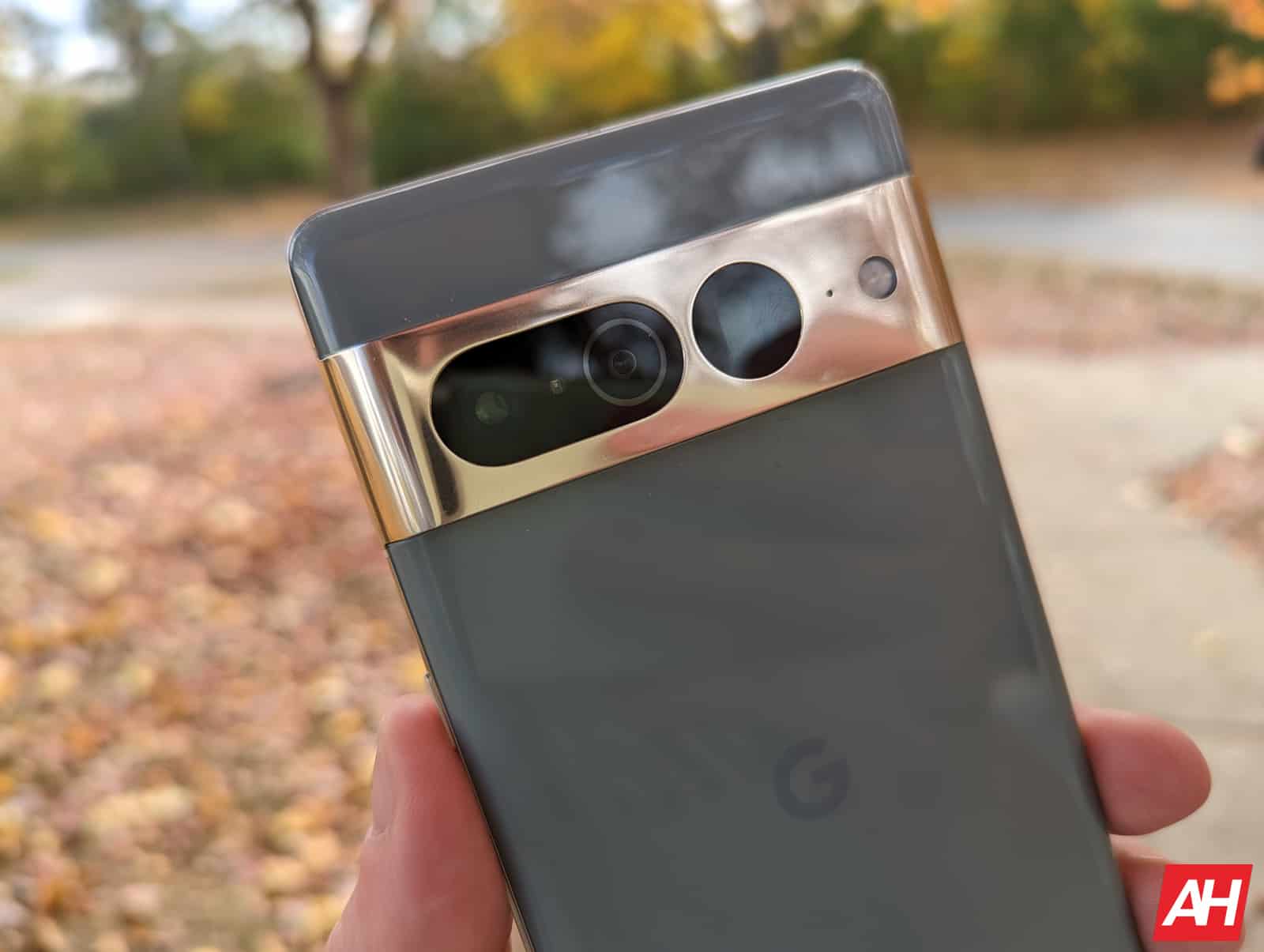 Having said that, the Pixel 5 does keep up quite nicely, mainly due to Google’s image processing. It can still do a great job in both good light, and low light. The Pixel 7 Pro does offer sharper images, though, while it also manages to pull out more details from the shadows in low light. Both phones have that blue tint that Pixel users are used to, and they do an amazing job in HDR conditions. That’s where Pixel phones shine.

Even in the audio department, these two phones are quite different. They do have one thing in common, though, they don’t include a 3.5mm headphone jack. For a wired connection, you’ll need to utilize the Type-C port at the bottom. Bluetooth 5.2 is included on the Pixel 7 Pro for wireless connections, while the Pixel 5 offers Bluetooth 5.0.

Now, when it comes to speakers, both of them have two stereo speakers, but they’re quite different. The Pixel 7 Pro has proper stereo speakers, with one being bottom-firing, and the other front-firing (above the display). The Pixel 5 has a bottom-firing speaker as well, but the secondary speaker is located below the display, which makes it a bit muffled. The Google Pixel 7 Pro definitely wins in terms of audio quality. 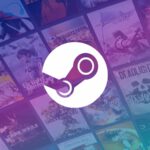