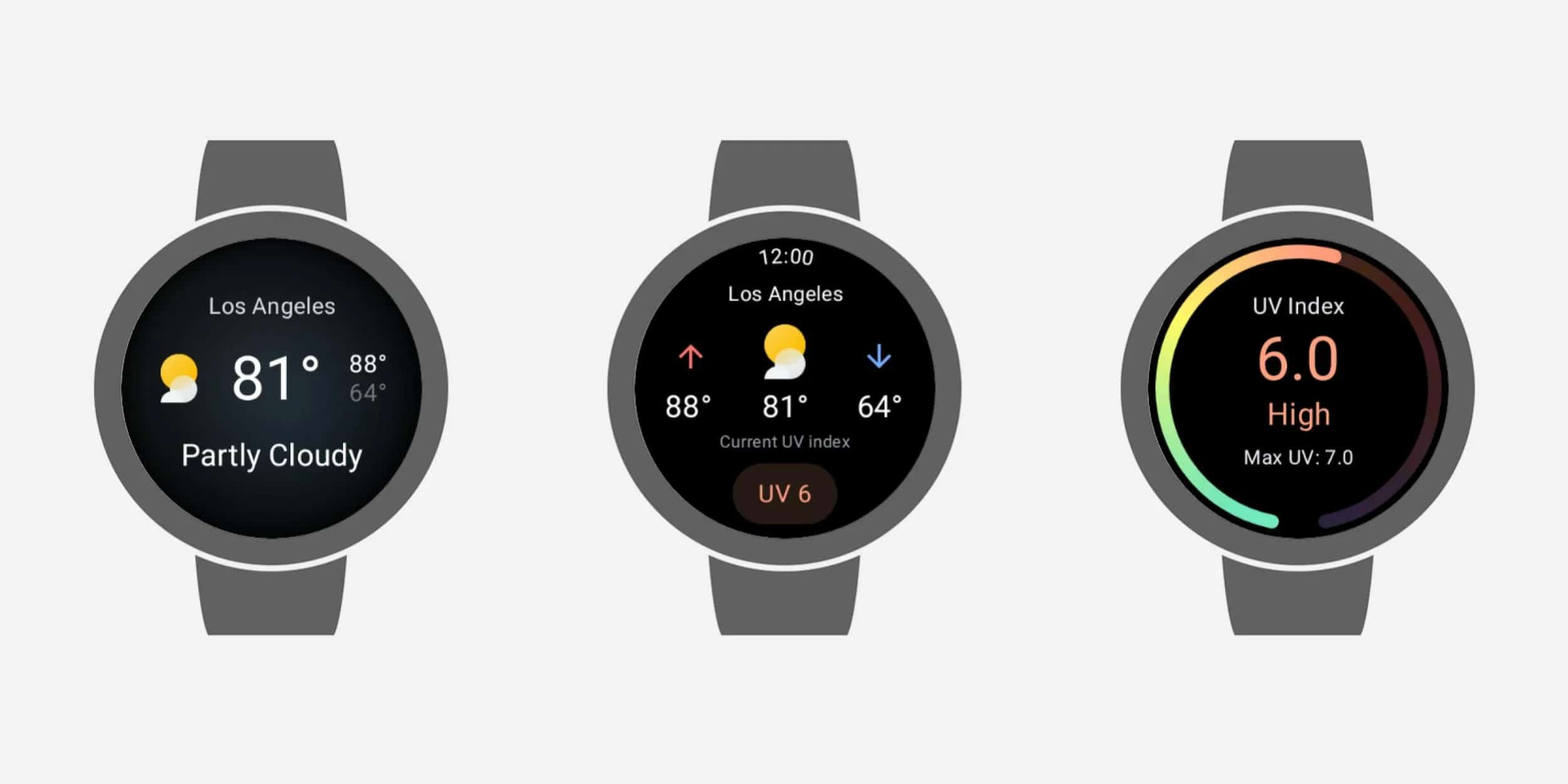 Google started to roll out a new Weather app for all watches that run on Wear OS 3+, 9to5google reports.

The new app was just released on the Play Store under the “Weather” name, and it bears the Material design standards with a simple feed layout. This is a kind of design that Google is applying to all of its services and apps.

As you can see in the screenshots below, the app shows the current weather, and the city name is placed at the top underneath a curved time. You can also see the weather forecast for the “Next 8 hours” and “Next 5 days.”

The new app gives you all the information you need about the current weather status, including temperature, condition, and the current UV index. The information is taken from weather.com, as we’ve previously seen in the Android app, widgets, Google Search, and Smart Displays. Additionally, you’ll have two buttons for refreshing the information or changing the setting.

You can now check the Play Store to see if the new app is available for your device. Also, you should grant “Allow all the time” Location permission to the app once you open it for installation.

As wearables are becoming more popular among customers, manufacturers are also shifting their focus to producing better wearables. Apple is now the leader of the wearables market, and Samsung is placed second. Google also wants to enter the market with the Pixel Watch.

The company has scheduled an event for today to reveal its Pixel Watch beside Pixel 7. We expect Google’s smartwatch to challenge rivals. This is the same thing that Google did well with Pixel Buds Pro.

Yesterday, a tipster revealed the Pixel Watch specifications ahead of its launch. However, it’d be better to wait for the official debut by the company. Stay tuned with us for more details about the Pixel Watch and Pixel 7.