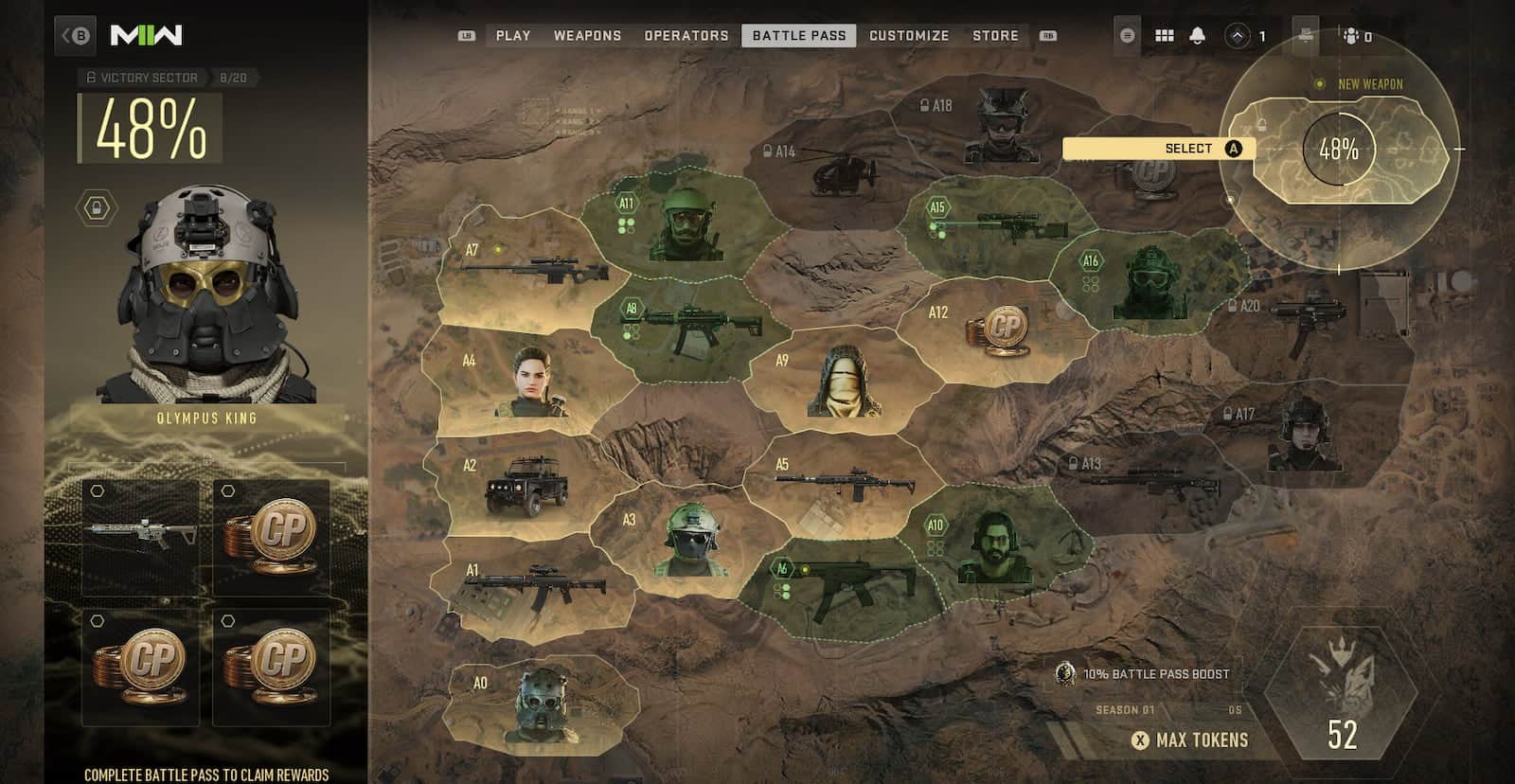 The battle pass for MW II has finally launched on the morning of November 16, along with Warzone 2.0 and a bunch of other content, with perks for those who pre-ordered the Vault Edition of the game prior to its launch on October 28. One of those perks was a collection of 50 battle pass tier skips (55 for PlayStation players) to immediately start unlocking some of the battle pass rewards. But if your battle pass tier skips in MW II seem to be missing, you’re not alone.

Numerous players on Twitter are reporting having pre-ordered the Vault Edition on PC, Xbox, and PlayStation and not seeing the battle pass perk. A handful of posts on the MW II subreddit also mention the same problem. With comments flooding in from other users expressing the issue is present on their own systems as well. Again, across all platforms. There’s been no word (as of yet) from Activision or Infinity Ward that seems to acknowledge or explain the problem. So, what’s going on?

While we haven’t been able to confirm with Activision or Infinity Ward on this, what seems the most likely is that the tier skips for Vault Edition owners are still being handed out to players. Some players reported having their tier skips for the battle pass as early as 8am Pacific Standard Time when the pass went live. Others still haven’t received the reward.

Some users have suggested that restarting their console or PC fixed the problem. Others have suggested just restarting the game as that has worked as well. There have also been suggestions to verify the integrity of the game files if you play on Steam. Or to restore licenses if you play on PS4 or PS5. We have tried all of these things and none of it has worked. So, it may just be a waiting game.

In a seemingly related issue, Activision says it has identified a problem where players are seeing max tokens available to skip tiers, but the balance is still listed at zero. If you’re having this particular issue, Activision suggests restarting the game and that that should fix the problem. You could also try contacting Activision Support through Twitter or through the official site.