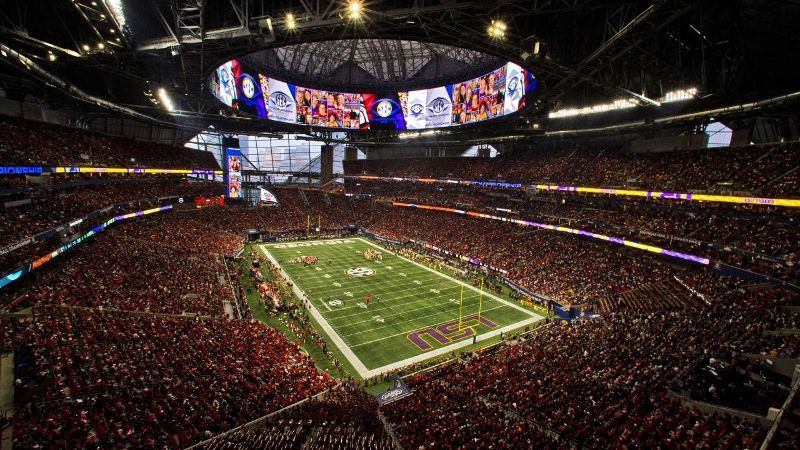 Can the Bulldogs stay undefeated?

So can LSU beat Georgia? Probably not. And that’s why Georgia is a 17-point favorite right now. But crazier things have happened. If LSU beats Georgia, are they knocked out of the Playoff? Many analysts believe not. Even if it’s a blowout, Georgia, likely will still be in the top 4, but definitely not number one.

This is likely going to be one of the bigger blowouts of Championship weekend. But still an interesting game, since LSU is ranked at 11 and Georgia at 1.

What time does the SEC Championship game kickoff?

The SEC Championship Game takes place on Saturday, December 3, and it kicks off at 4PM ET/1PM PT.

The game will once again take place at the Mercedes-Benz Stadium in Atlanta, Georgia. Which is also where Georgia’s season started against Oregon this year.

How to watch the SEC Championship game

The SEC Championship game is going to be live on CBS.

CBS is an OTA channel, so you can watch it without paying for anything. But you will need an antenna, if you don’t already have one.

If you’re looking to stream the SEC Championship game, you can do so with Sling TV, YouTube TV, FuboTV and a few others out there.

Sling TV is probably the cheapest way to watch the SEC Championship Game, if you’re looking to stream. It’s currently $40 per month for Sling Orange, which has CBS included. However you can get your first month for half off. You’ll also be able to DVR the SEC Championship Game, with 50 hours of DVR included here. Sling TV also offers 1 device streams with the Orange package.

Important to keep in mind that CBS is not available everywhere with Sling TV, as it only has some affiliates.

Like some of the others here, Hulu + Live TV does also offer up CBS in almost every market in the US. So you’ll be able to watch the SEC Championship Game on Hulu + Live TV. It is one of the more expensive services on here, at $69.99, but it does also include the Disney+ bundle for that price. So definitely not a bad bundle here.

YouTube TV is definitely our favorite streaming service, and a big reason for that is the unlimited cloud DVR. So you can record the SEC Championship Game and not worry about storage. You can also share it with up to five family members. Which gives them their own library, recommendations and more.