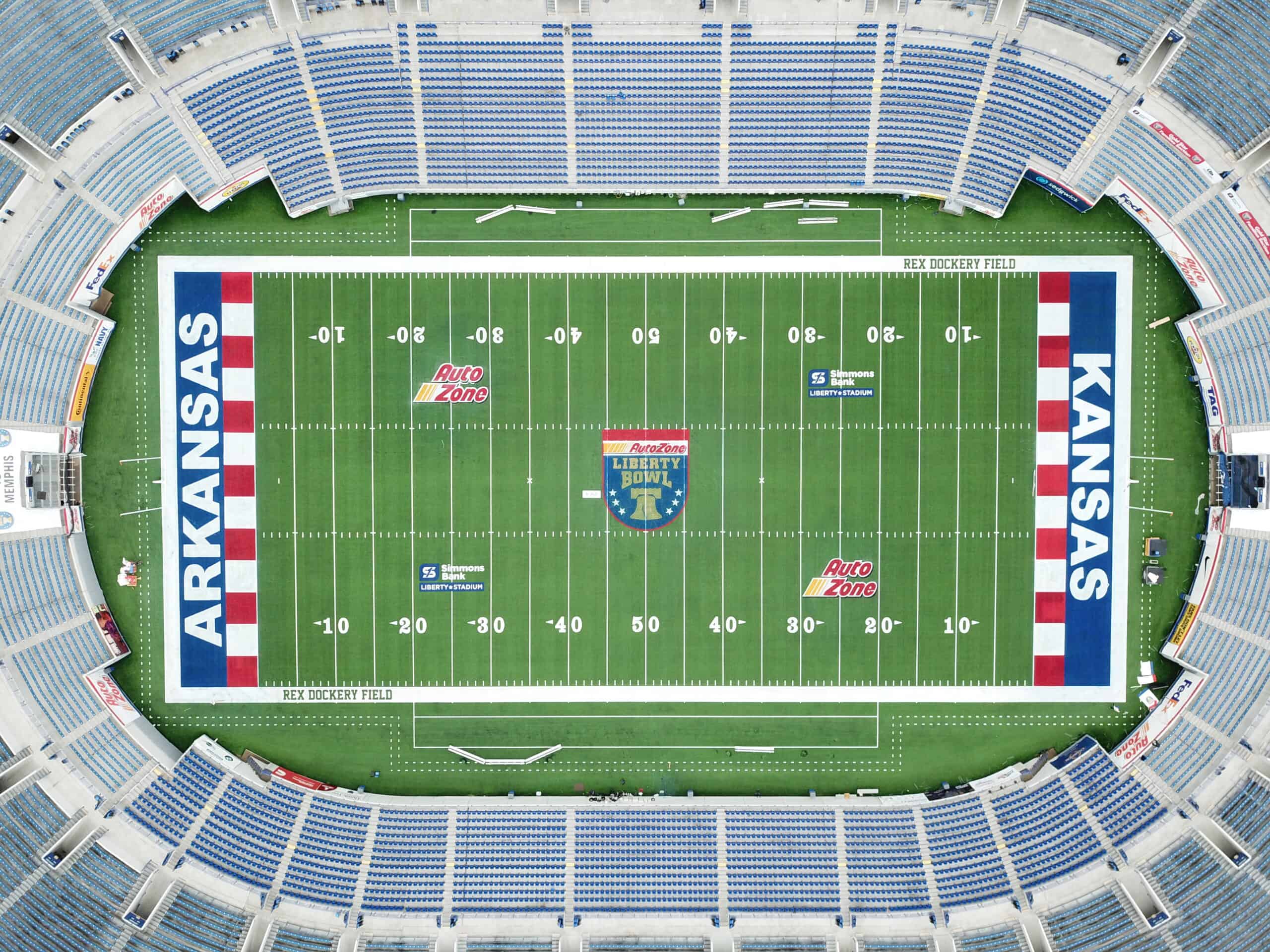 The AutoZone Liberty Bowl is taking place in Memphis, Tennessee this year. Which will see Kansas (6-6) taking on Arkansas (6-6). These two teams have only played each other twice in the history of both programs. Playing in back-to-back years from 1905 to 1906. Where Kansas won both meetings. So this is a game that we haven’t seen in well over 100 years. It’s bound to be a pretty good one.

The Liberty Bowl has been around since 1959. Making it one of the older bowl games in college. It was originally held at the Philadelphia Municipal Stadium for the first five years. Then it was moved to the Atlantic City Convention Hall in 1964.  After that single game in Atlantic City, the Liberty Bowl moved to Memphis, Tennessee, where it is now played at the Simmons Bank Liberty Stadium.

Here’s how you can watch the 2022 Liberty Bowl.

Here’s everything you need to know about watching the 2022 Liberty Bowl.

So since the Liberty Bowl is on ESPN, that means that you can watch it on any streaming service that has ESPN. So here’s your best options.

Sling TV is probably the cheapest way to watch the bowl, if you’re looking to stream. It’s currently $40 per month for Sling Blue, which has ESPN included. However you can get your first month for half off. You’ll also be able to DVR the game, with 50 hours of DVR included here. Sling TV also offers 3 device streams with the Orange package.

FuboTV is a bit more expensive, but it is also the best streaming service for sports. That’s because it does offer a ton of sports channels. And that includes ESPN, as well as some of its other channels like ESPN2, ESPN3, ESPNEWS and ESPNU.

Like some of the others here, Hulu + Live TV does also offer up ESPN. So you’ll be able to watch the game, as well as DVR it with unlimited DVR available on Hulu + Live TV. It starts at $69.99 per month, but that does include the Disney bundle, which includes Hulu, Disney+ and ESPN+.

YouTube TV is definitely our favorite streaming service, and a big reason for that is the unlimited cloud DVR. So you could record every bowl game, and not worry about storage at all. You can also share it with up to five family members. Which gives them their own library, recommendations and more.

YouTube TV is similar in price to FuboTV and Hulu + Live TV, but a bit cheaper at $65. But it might seem like a much better price due to that unlimited cloud DVR that’s included here.