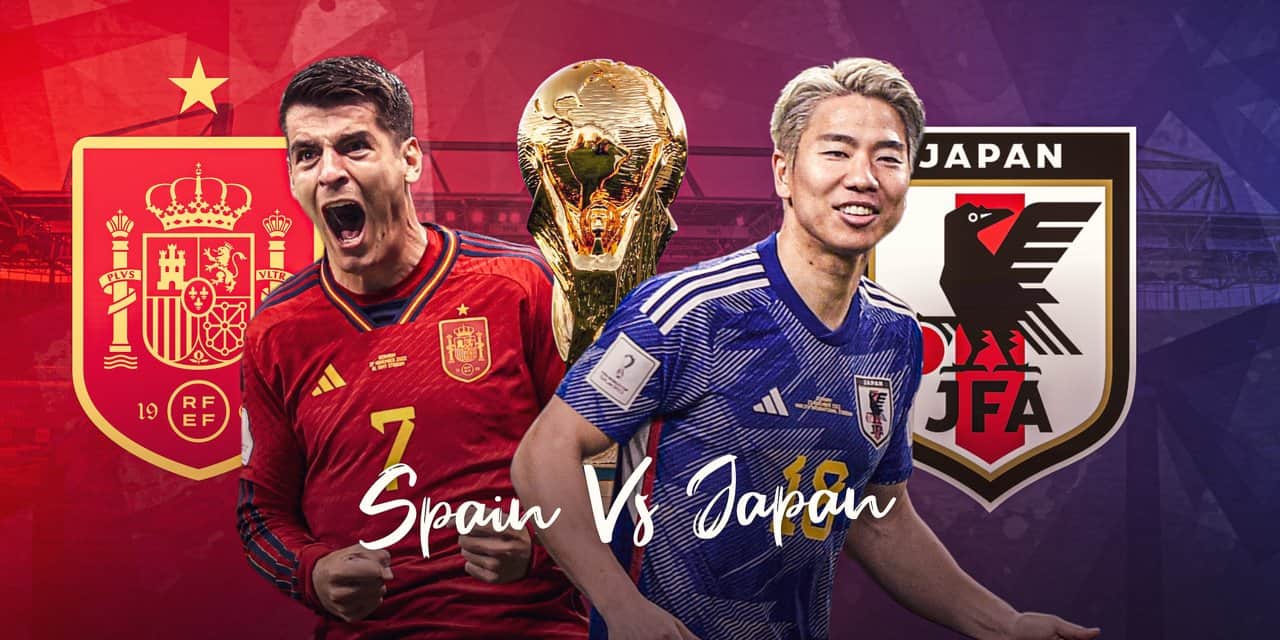 Spain vs Japan today marks the end of the group stage for the World Cup for both teams. While the winner will definitely make it to the knockout stage, it’s also possible that both make it, depending on what happens in the rest of Group E.

Spain has only played Japan one other time, and beat them 1-0 in that match in April 2001. Spain has also not lost in five previous FIFA World Cup matches against Asian opposition, but were eliminated via penalties by Korea Republic in 2002, following a draw.

If you’re excited about watching Spain vs Japan, here’s how you can watch the match and when it will kickoff.

What time does Spain vs Japan kickoff?

Spain vs Japan will kickoff at 2PM ET or 11AM PT if you’re on the West Coast. It will be taking place at the Khalifa International Stadium in Doha, Qatar. Which is a 45,000 seat stadium and is also the home to the Qatari football team. That makes it one of the few stadiums being used for the World Cup that was not built for the World Cup.

How to watch Spain vs Japan

Much like every other World Cup game, Spain vs Japan is available on FOX in the US. And it’ll start at 2PM ET/11AM PT in the US.

See also  How To Pre-Order The Google Pixel Watch

If you’re looking to stream the World Cup, you can do so with Sling TV, YouTube TV, FuboTV and a few others out there. Or you can just head over to foxsports.com and watch it for free. You will get a one-hour free pass on Fox’s website, otherwise, you’ll need to login with a TV provider.

Sling TV is probably the cheapest way to watch the World Cup, if you’re looking to stream. It’s currently $40 per month for Sling Blue, which has Fox included. However you can get your first month for half off. You’ll also be able to DVR the World Cup, with 50 hours of DVR included here. Sling TV also offers 3 device streams with the Blue package.

FuboTV is a bit more expensive, but it is also the best streaming service for sports, particularly Soccer. That’s because it does offer a ton of sports channels. But in reference to the World Cup, it does have Fox in almost every market. So you can watch every World Cup game on FuboTV.

See also  The Latest In Smart Home Technology: How To Stay Ahead Of The Game

Like some of the others here, Hulu + Live TV does also offer up Fox in almost every market in the US. So you’ll be able to watch the World Cup on Hulu + Live TV. It is one of the more expensive services on here, at $69.99, but it does also include the Disney+ bundle for that price. So definitely not a bad bundle here.

YouTube TV is definitely our favorite streaming service, and a big reason for that is the unlimited cloud DVR. So you could record every World Cup match, and not worry about storage at all. You can also share it with up to five family members. Which gives them their own library, recommendations and more.