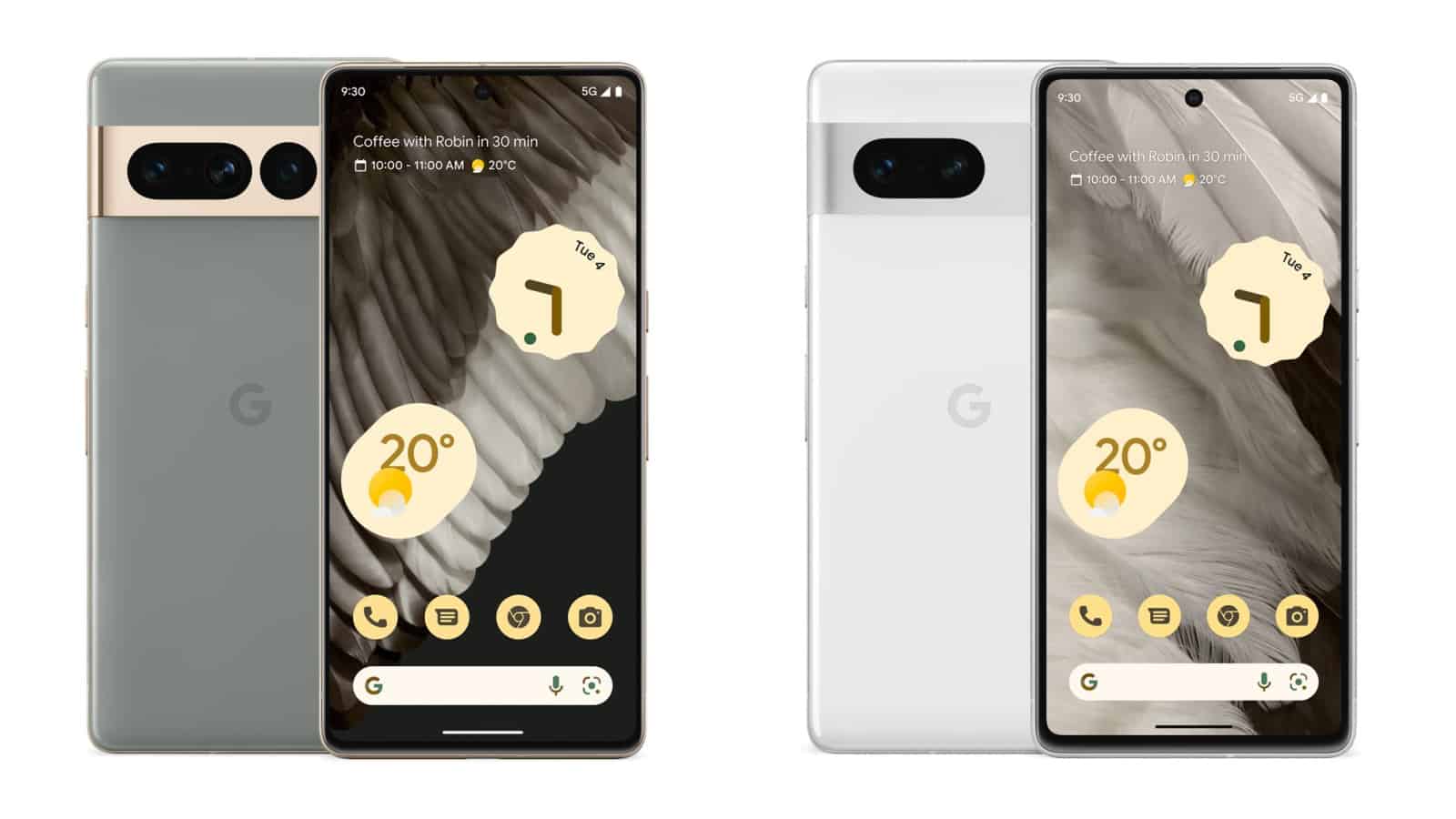 While the Google Pixel 7 and 7 Pro aren’t slated to be announced until next week, we are already seeing plenty of leaks of the devices. Now, Google actually already pre-announced these earlier this year. So these pictures really don’t show us a whole lot of new information.

As you can see, the big differences between the two are the curved display on the Pro, as well as the extra camera. Which is the telephoto camera. We’re not expecting to see any changes to the camera this year, actually. Which is not surprising, since Google upgraded the cameras last year for the first time since the Pixel 2.

Get ready for October 6

On October 6, Google is set to announced the Pixel 7 and the Pixel 7 Pro. According to the rumor mill, pre-orders will start that same day, with the devices being available on October 13. That’s actually fairly quick for Google, typically their phones go on sale a couple weeks after pre-orders start. So that’s really good to hear.

We’re also expecting to see the Pixel Watch announced at this event. Or rather, fully announced. As this is another product that Google pre-announced at Google I/O in May. It’s also been leaking for years, literally. Nest is said to have a few devices coming at this event, though we don’t quite now what they might be announcing. Rumors have pointed to a new version of the Nest WiFi that will support WiFi 6E, as well as a new Nest Video Doorbell. So we’ll have to stay tuned for that.