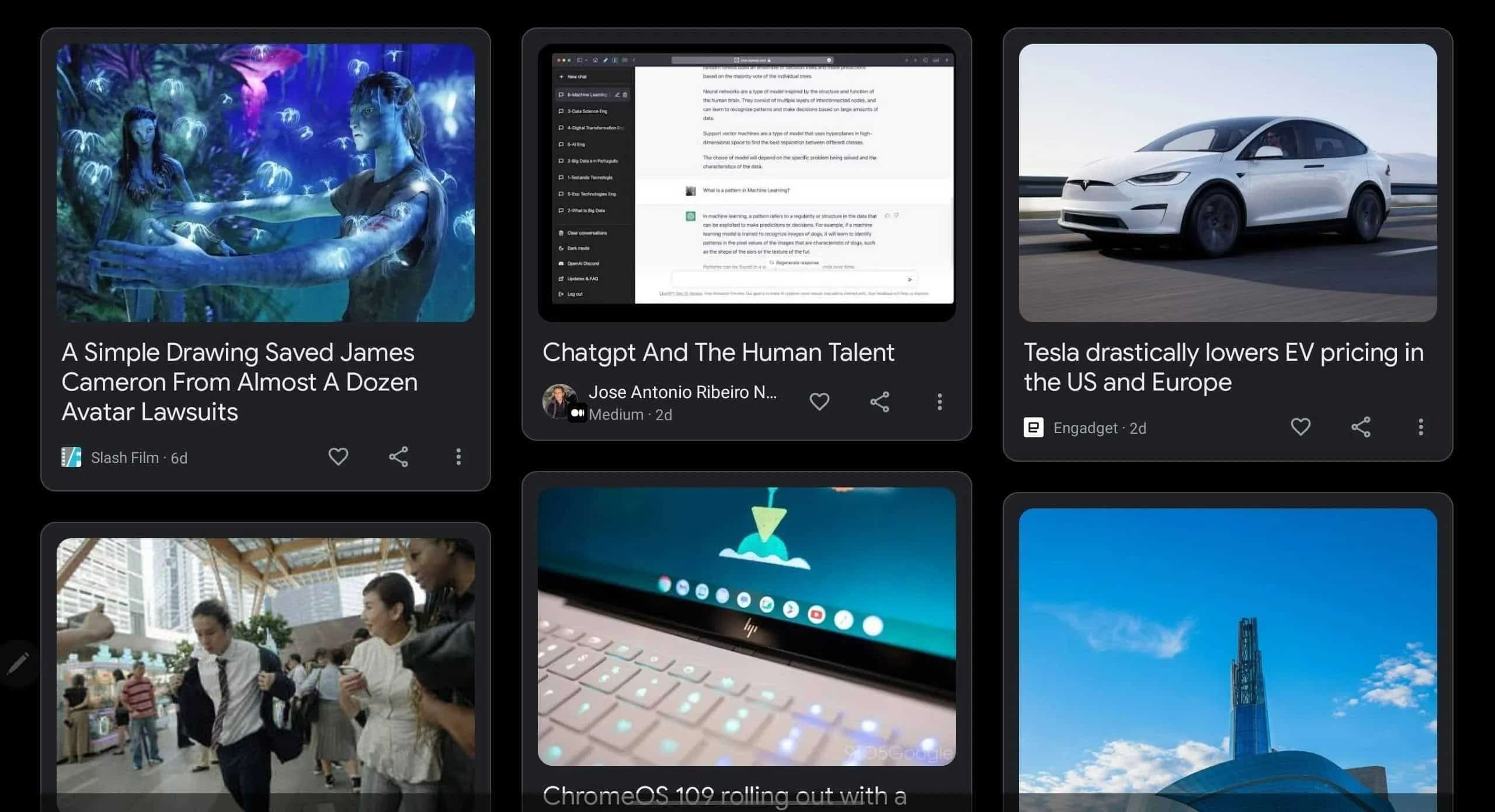 The Google Discover app now has a three-column UI that allows watching more content on a single page. The update is now available for download.

Since I/O 2022, Google has started to update and optimize its apps for larger screens. This has reinforced the speculations that the company may be laying the ground for unveiling the Pixel Tablet, a highly anticipated product from the Pixel family. Other Android tablets like Samsung Tab S8 are also getting the optimizations.

Google Discover is one of the latest apps going through optimization to work properly on a larger screen. As you can see in the below screenshots, the Discover feed contains three boxes of news in a row that goes edge-to-edge. The Avatar profile and Google logo are also placed at the top corner.

As a result of this makeover, you now see less empty space on the page, which makes scrolling more enjoyable. Additionally, each article now has its exclusive card with faint outlines. The article’s images are also smaller. It would be also good to see the side element with a Material You design.

Google already confirmed that it wants to pull back the curtain on its Pixel Tablet in 2023. May 2023 at the next I/O or October 2023 are the most likely time frames for Google to unveil its tablet. The product reportedly comes with a 10.95-inch display and a Tensor G2 chip. It’s also designed to bring “the best of Android and Pixel together in a tablet.”

With the Pixel Tablet, Google wants to emulate a Pixel phone experience on a larger screen as it says all Pixel phone features like video calling, photo editing, and hands-free help with Google Assistant work seamlessly on the tablet too. Machine learning and the ability to control smart home devices will also be an integral part of the Pixel tablet. In the days when Google is struggling with tough economic prospects, the release of the Pixel Tablet might be able to breathe new life into the company’s hardware department.