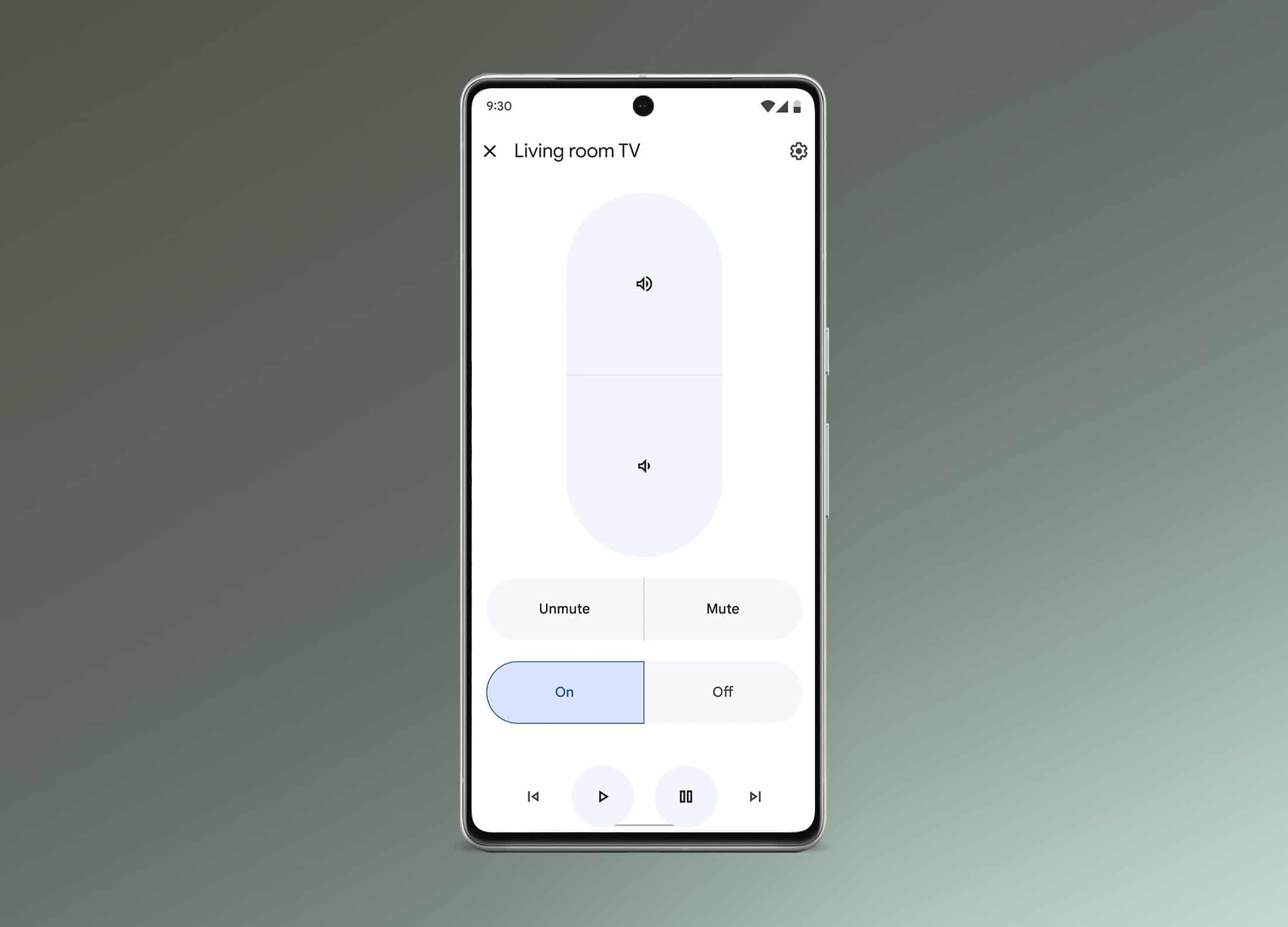 Have you ever found yourself in a situation where you want to lower your TV’s volume or switch the channel but can’t find the remote? This has likely happened with pretty much all of us at least once. The remote goes hiding somewhere between the cushions, forcing us to use the buttons on the TV itself. Google is here to help. The Google Home app on your smartphone can now serve as the remote for your compatible TV. The app is gaining full touch-based controls.

The Google Home app has long served as the hub for compatible connected devices in your household. It lets you control everything from TVs, fans, air purifiers, vacuum cleaners, and more. In August last year, Google announced a redesign for the app’s controls. The new UI started appearing for some users a couple of weeks back. While it wasn’t a drastic change from the existing interface, users got full-screen touch controls for their compatible TV.

Following the limited rollout for users in the Preview Program, Google now seems to be widely pushing the changes. The company Wednesday announced that you can “control playback, switch inputs, adjust the volume, and more” for your TV from the Home app (via). You get a large vertical pill at the center of the screen for volume up and down. Below it, you’ll find two more horizontal pills for mute/unmute and power on/off. The bottom row has four buttons — play, pause, previous channel, and next channel.

These controls are also available on the Nest Hub smart display. But having those on your phone makes it all more accessible. Of course, these controls don’t work for just about any TV. While the company says “connected streaming or media devices,” what it means is Google Assistant/Home-compatible televisions. You cannot control Chromecast-connected screens or Google/Android TV sets through this interface. The Google Home app’s media controls section serves those.

By the looks of it, the updated TV controls on the Google Home app are rolling out to users via a server-side change. All eligible users should see the new interface over the next few days or weeks without having to do anything on their end. You may still want to check for updates for the app, though. You can click the button below to download the latest version of the Google Home app from the Google Play Store.