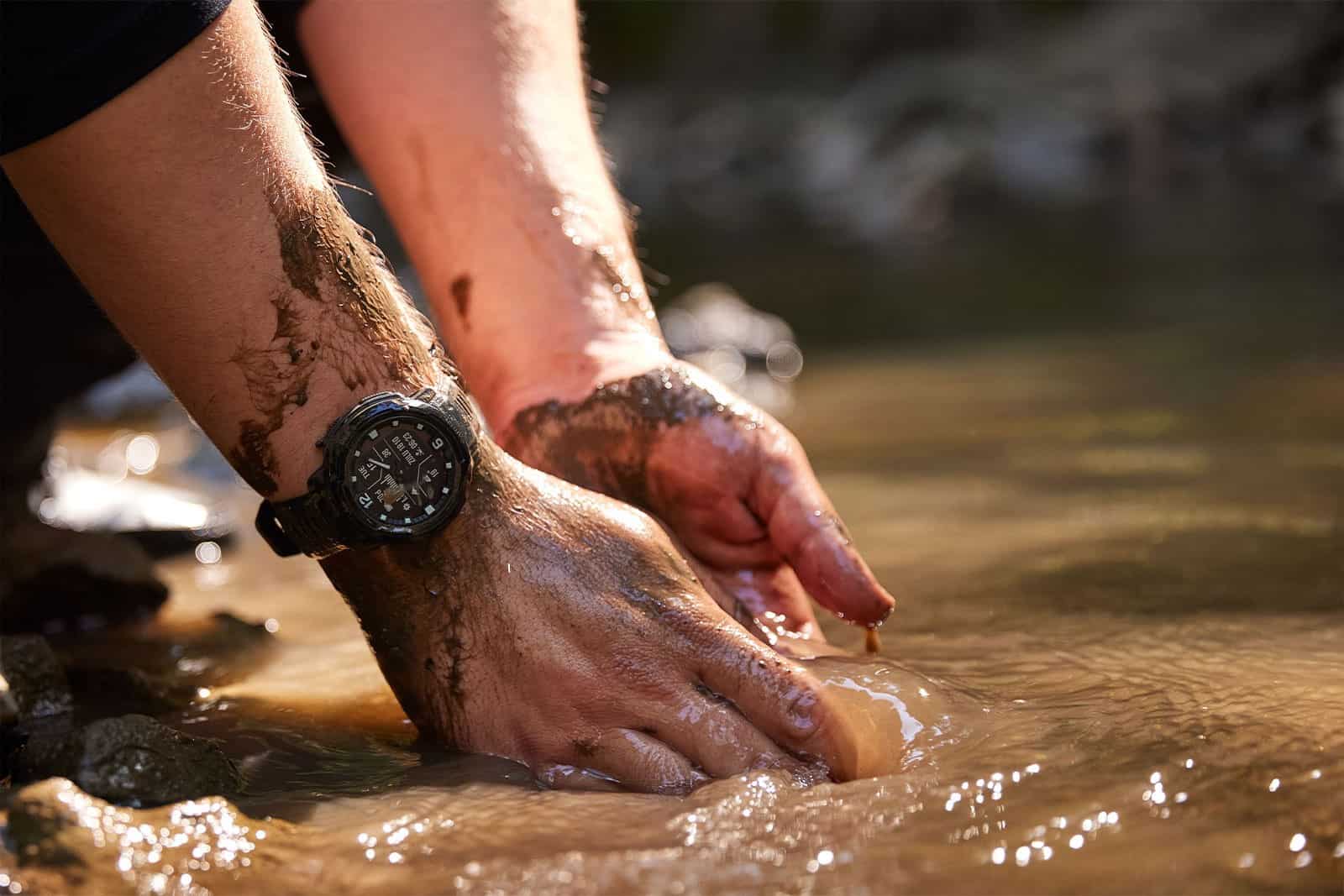 Garmin today has announced the Instinct Crossover, a hybrid smartwatch with a rugged build and a battery that it claims will last for up to two months. Just imagine it. A smartwatch that you don’t have to charge for two whole months. Of course, a watch with this kind of battery life isn’t that far away from Garmin already offers. Many of its outdoor sports watches are designed to last for long periods of time.

For the Instinct Crossover, Garmin is offering both a solar and a non-solar model. It’s the solar model that can last for up to 70 days. The non-solar model lasts for a significantly short period of time (up to a month), but still far longer than anything you’ll find running on Wear OS. It’s also worth noting that these times are based on the watch being in ‘Smartwatch mode.’ Turning on GPS tracking does shorten things up a lot. Dumping that time down to a maximum of 110 hours.

Again though, you can still compare that to the maximum of 80 hours you’d get with the Galaxy Watch 5 Pro from Samsung. Or even less with the Apple Watch Ultra.

Garmin saw the need for a device like this in the market, and delivered. There are already plenty of hybrid smartwatches out there. But the Instinct Crossover is built to be a rugged option that doesn’t compromise on the functionality. It still offers the analog experience of movable watch hands. Those watch hands though sit on top of a digital display where you can see things like remaining battery life, weather conditions, heart rate and more.

Garmin says the watch is built to military spec. Meaning the watch is resistant to shock, dust, water, and temperature. It also has a 10ATM rating so it can be submerged in water to a maximum depth of 328 feet. As for smart features, the watch appears to be quite capable despite being a hybrid model.

It comes with the company’s popular Body Battery feature as well as stress and heart rate monitoring. It even supports Garmin Pay for contactless payments if you need them. The Garmin Instinct Crossover is available starting at $499. The Solar model goes for $549.99. Garmin is also offer a Tactical Solar model for $599.99 that comes with features like a kill switch, a night vision mode, and compatibility with dual GPS formats.