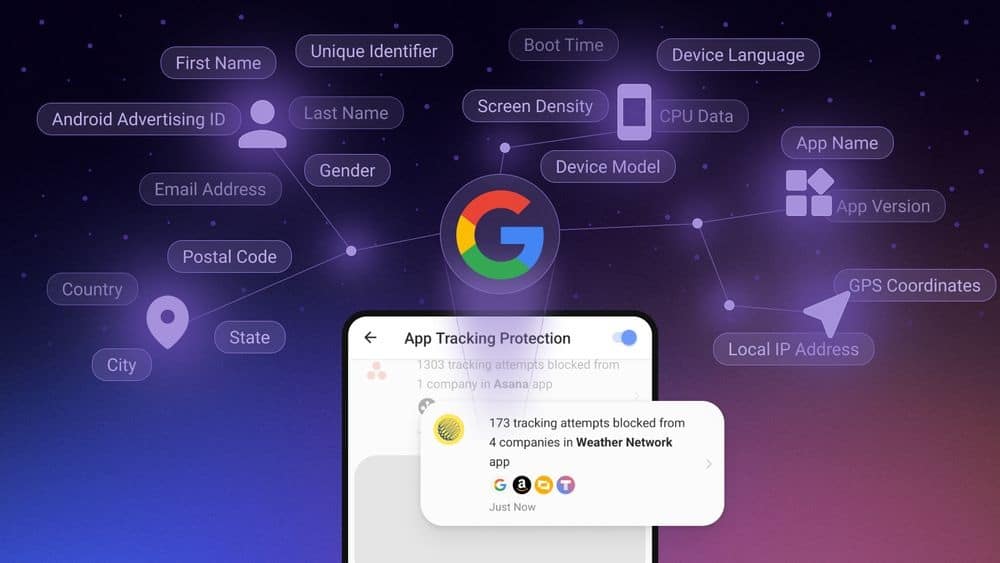 Privacy-focused search engine turned browser DuckDuckGo is bringing its App Tracking Protection feature to all Android users. The company has launched an open beta for the new tool. Debuted in November last year, the feature was only available in a limited beta so far. It required you to join a waitlist for access. While DuckDuckGo’s App Tracking Protection is still in beta, anyone can now access it in the latest version of its Android app.

App Tracking Protection is pretty much self-explanatory. It prevents apps on your phone from tracking your usage, online activities, and personal data. When enabled, the tool will detect when an app prepares to send your data to third-party trackers. It will then block that attempt, thus protecting your privacy. You get a real-time counter showing which tracking company tried to obtain data from your apps. Most often, it’s Google snooping in your apps, with relentless tracking attempts. But DuckDuckGo doesn’t allow the tech giant to track you.

This isn’t an entirely new concept. But while most other solutions block apps from obtaining your data, DuckDuckGo blocks third-party trackers. The advantage of this approach is that it doesn’t impede an app’s functionality. Many apps require access to your location, camera, microphone, and more to function properly. If you block that access, you will lose functionality. With DuckDuckGo’s App Tracking Protection, you don’t need to worry about that. Apps will get access to all the information that they need. Just that third-party trackers in those apps can’t access your data.

How to use DuckDuckGo’s App Tracking Protection

DuckDuckGo’s App Tracking Protection is available in open beta in the latest version of its Android app (link below). Once you install the app, open it and tap the three-dot button in the top-right corner. Now go to Settings and tap on App Tracking Protection. The app will guide you through the feature. Tap on Continue until the feature is enabled. You are now ready to go. You can see all apps that are tracking you, with DuckDuckGo letting you grant exceptions for individual apps.

According to DuckDuckGo, an Android smartphone with 35 apps can experience as many as 2,000 tracking attempts every day. An average of 70 third-party trackers obtain data from these apps. And all of this happens behind the scenes without you realizing it. You don’t even know that an app that you haven’t used in months is still tracking you and sending data to third parties. DuckDuckGo’s App Tracking Protection will prevent that. If you want to give it a try, you can click the button below to download the latest version of the app from the Google Play Store.