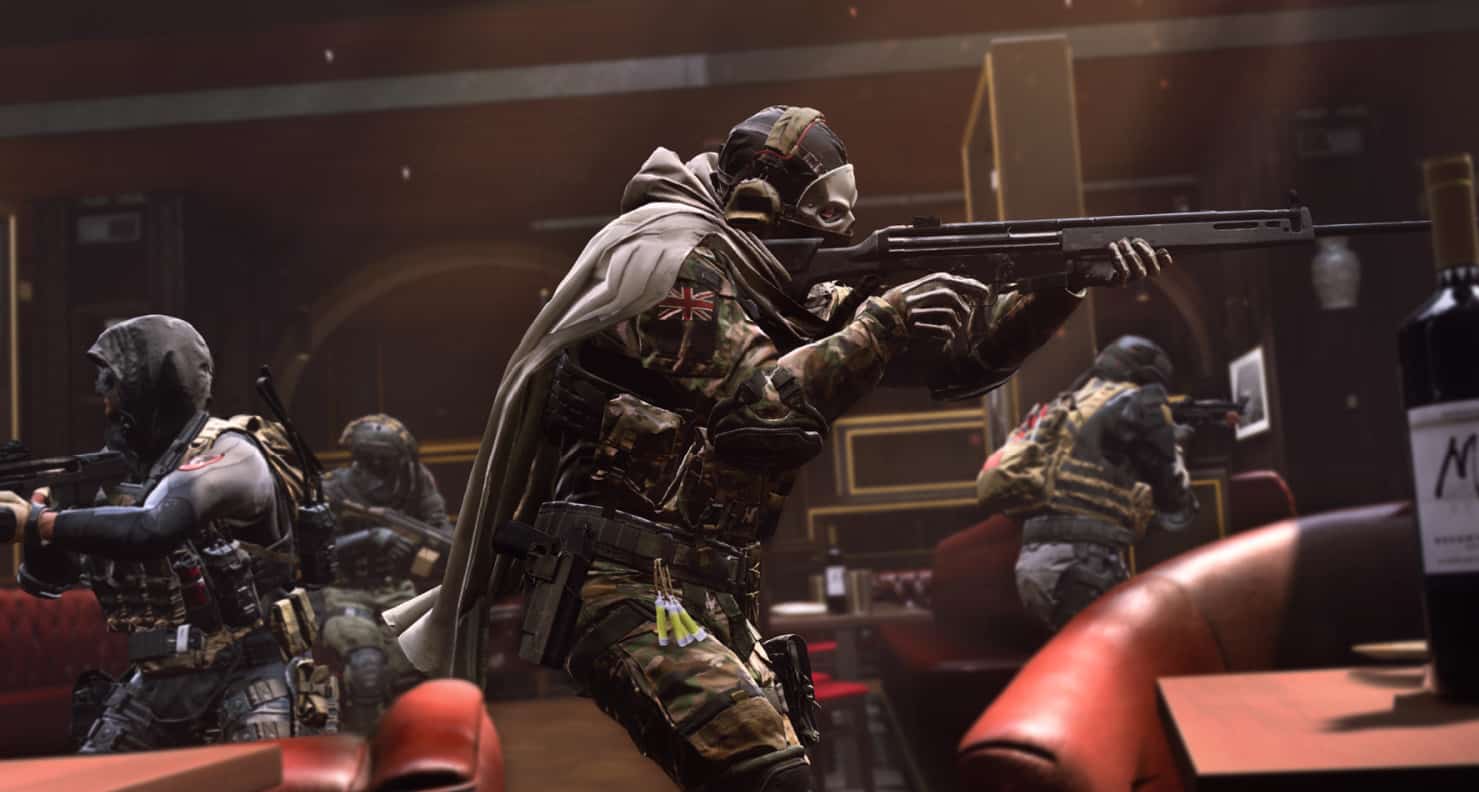 Call Of Duty: Modern Warfare II is here and is packed with action. It’s the Call Of Duty you know and love, with some new twists and some overhauled features. We’ve been playing it nearly non-stop for the past couple of weeks and we’d venture to say that there are many players like us who have had trouble putting the game down. And, we don’t blame you. It’s a hell of a lot of fun and we think Infinity Ward knocked it out of the park with this one.

That isn’t to say the game is perfect. It certainly has its flaws and could stand for improvement. In more than a couple of areas. But at its core the game is really good and not only does it have so much potential for growth, it’s already the fastest-selling CoD game of all-time.

What is Call Of Duty: Modern Warfare II?

Does it feature a campaign? 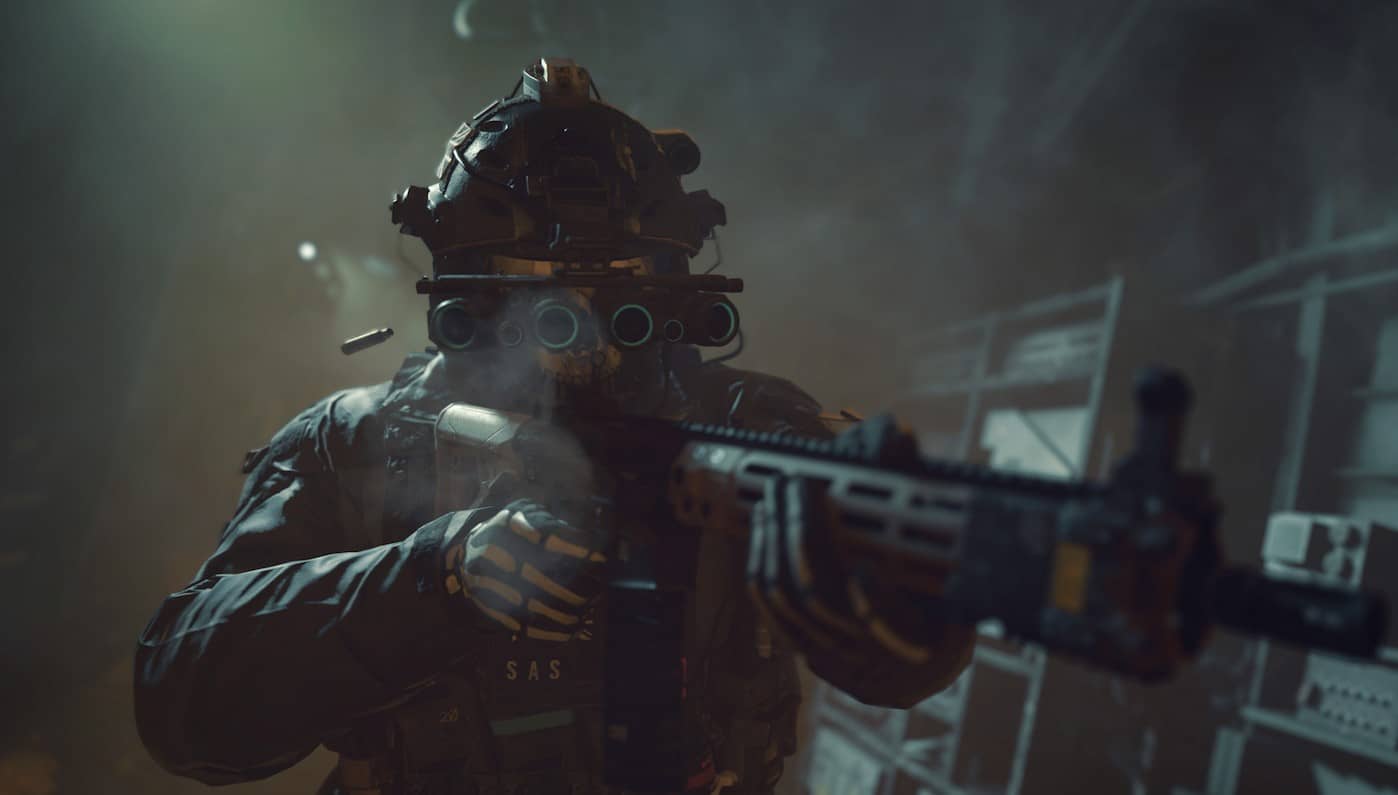 When did Modern Warfare II release?

Officially the game launched on October 28. This is when the multiplayer went live. However, those that pre-ordered the game had access to the campaign up to a week prior to the official launch date.

What platforms is the game available on?

Modern Warfare II is available on PS4 and PS5, Xbox Series X|S, and PC through either Steam or Battle.net.

How much does the game cost?

You can pick up the game for a regular price of $69.99 for the standard version, or $99.99 for the Vault Edition which gets you some extras. Both these versions are available on all platforms. The game is also available digitally, and in physical disc form if you grab it on console. You can also find collectors editions of the game out there if you’re so inclined.

See also  How To Watch The Call Of Duty: Next Showcase

Does the game support cross-play and cross-progression?

Yes, the game supports cross-play and cross-progression. Cross-play can also be disabled if you’d rather only play with people on your same platform. Though, if you’re like me and have friends who play on a different platform than you, you’ll need to keep cross-play on if you want to squad up with them. There’s unfortunately no way around that.

For cross-progression, if you have the game on more than one platform, then that means you can keep your progress across all of those platforms since the game is tied to your Activision account. Worth noting though is that not all content will transfer over. For example, the PlayStation-exclusive operator skin ‘Oni’ will not be usable on PC, even if you own a PlayStation copy of the game and have unlocked the operator skin. It will only show up on PS4 or PS5.

That is unless Infinity Ward and Activision ever decide to make it available on other platforms.

What modes are available to play?

This really all depends on what you consider a “mode.” Infinity Ward refers to all of the multiplayer match types as modes, broken up into two main mode categories. Core and Battle. Core modes feature 6v6 matches, while Battle modes feature 32v32 matches. You’ll find all the Core mode matches in the Quick Play playlist.

While Battle mode matches will be listed below Quick Play.  You could also consider the Campaign and Specs Ops as modes too. The former being a single player experience and Specs being your PvE-based co-op mode.

What are the Core modes that are available? 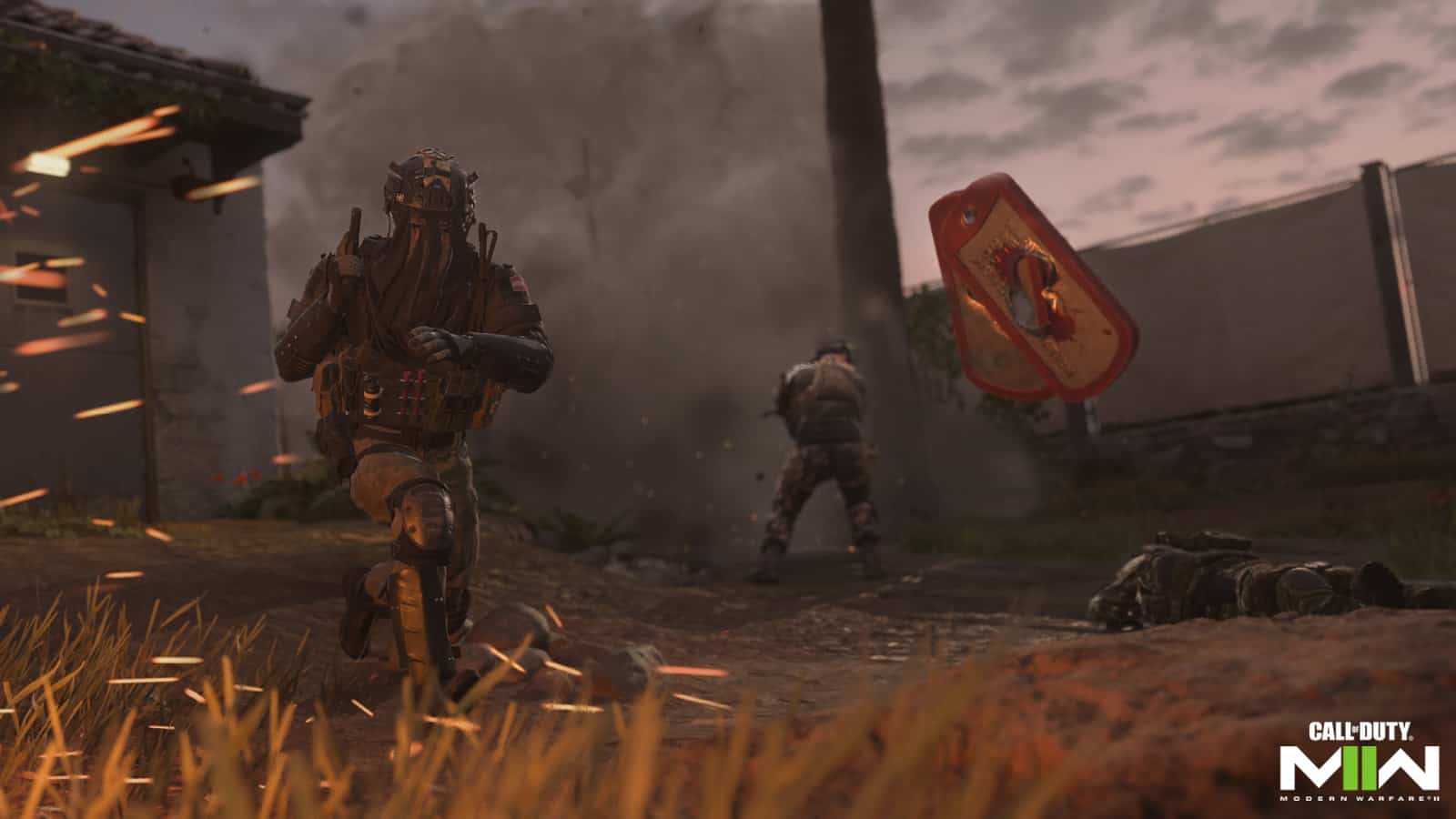 There are a total of nine Core modes you can select from. This may change in the future if Infinity Ward decides to add more. There are certainly more modes they could add that have been in previous games, like Sticks and Stones, Gun Game and others. The Core modes that are currently in the game are listed below, with a brief description of what they are.

Compete for control of three zones. The first team to reach 200 points wins.

Take turns attacking and defending an objective. This mode has no respawns. Attackers win the round by eliminating the enemy team before or after the bomb is planted, or by planting a bomb and having it explode. Defenders win by eliminating the enemy team before the bomb is planted, by preventing the bomb being planted until the timer runs out, or by defusing the bomb after it’s planted. The first team to win six rounds wins the match.

Capture the headquarters and defend it. Respawns are disabled for the defending team. A new HQ will appear if the attacking team takes the HQ offline. The first team to 200 points wins.

Recover enemy dog tags upon kills to score points for your team. Deny enemy scores by retrieving the dog tags of your downed teammates. The first team to 65 points wins.

Fight for a bag of cash placed in the middle of the map. This mode has no respawns but you can revive your teammates. Win the round by eliminating the enemy team or by holding the bag of cash by the end of the round. The first team to win five rounds wins the match.

What are the Battle modes available in the game? 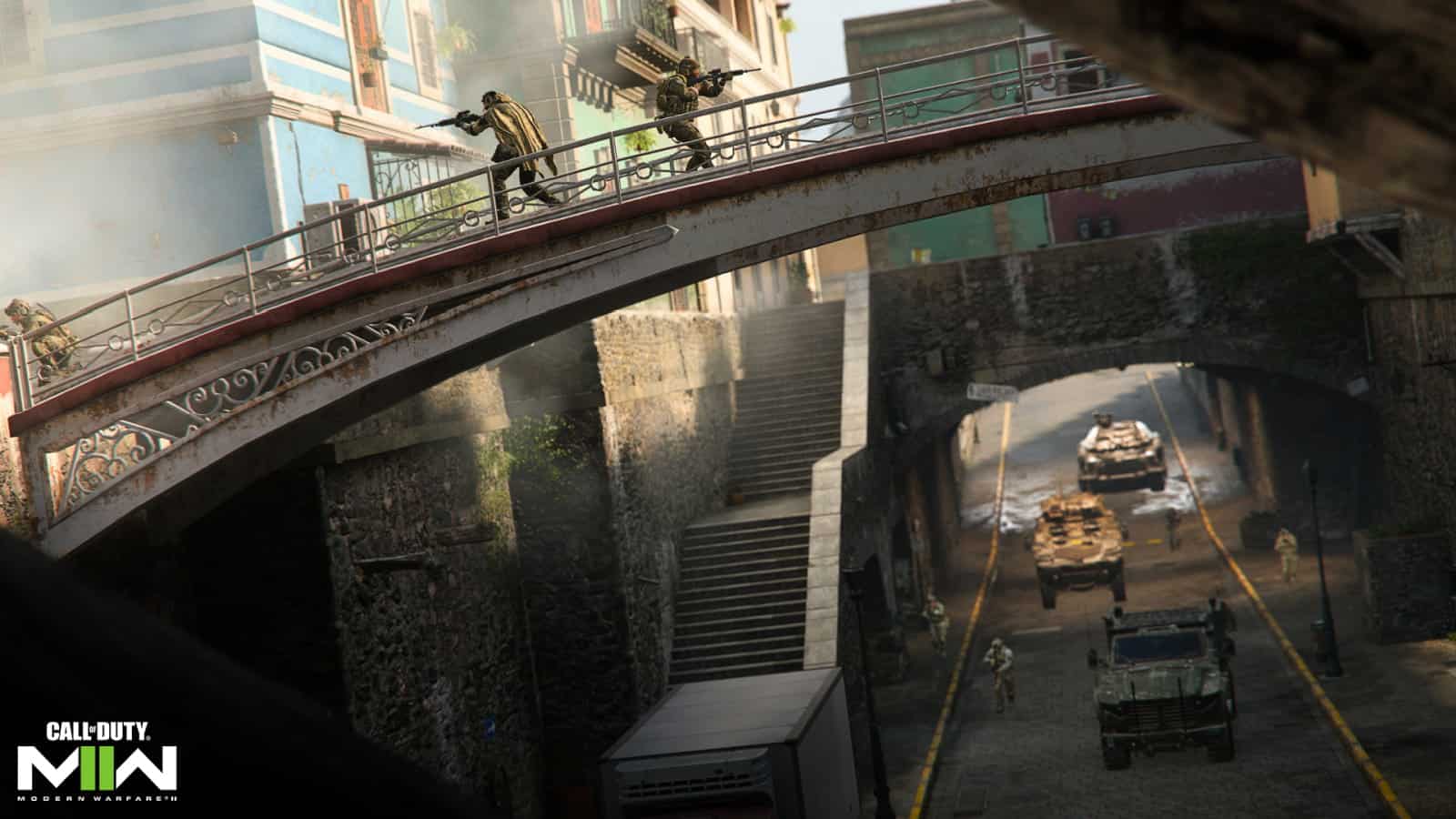 There currently two Battle modes in the game. As with the Core modes, Infinity Ward could choose to add more in the future. But for now the studio hasn’t suggested that will happen. Here’s what’s available at launch.

Two teams of 32 players compete to capture objectives on a large map. This is essentially domination but on a much bigger scale with vehicles. The first team to 250 points wins.

A huge battle with 32 players on each team in addition to AI teammates and vehicles. Think of this like a massive version of Team Deathmatch. The first team to reach 2,000 points wins.

What maps are available in the game? 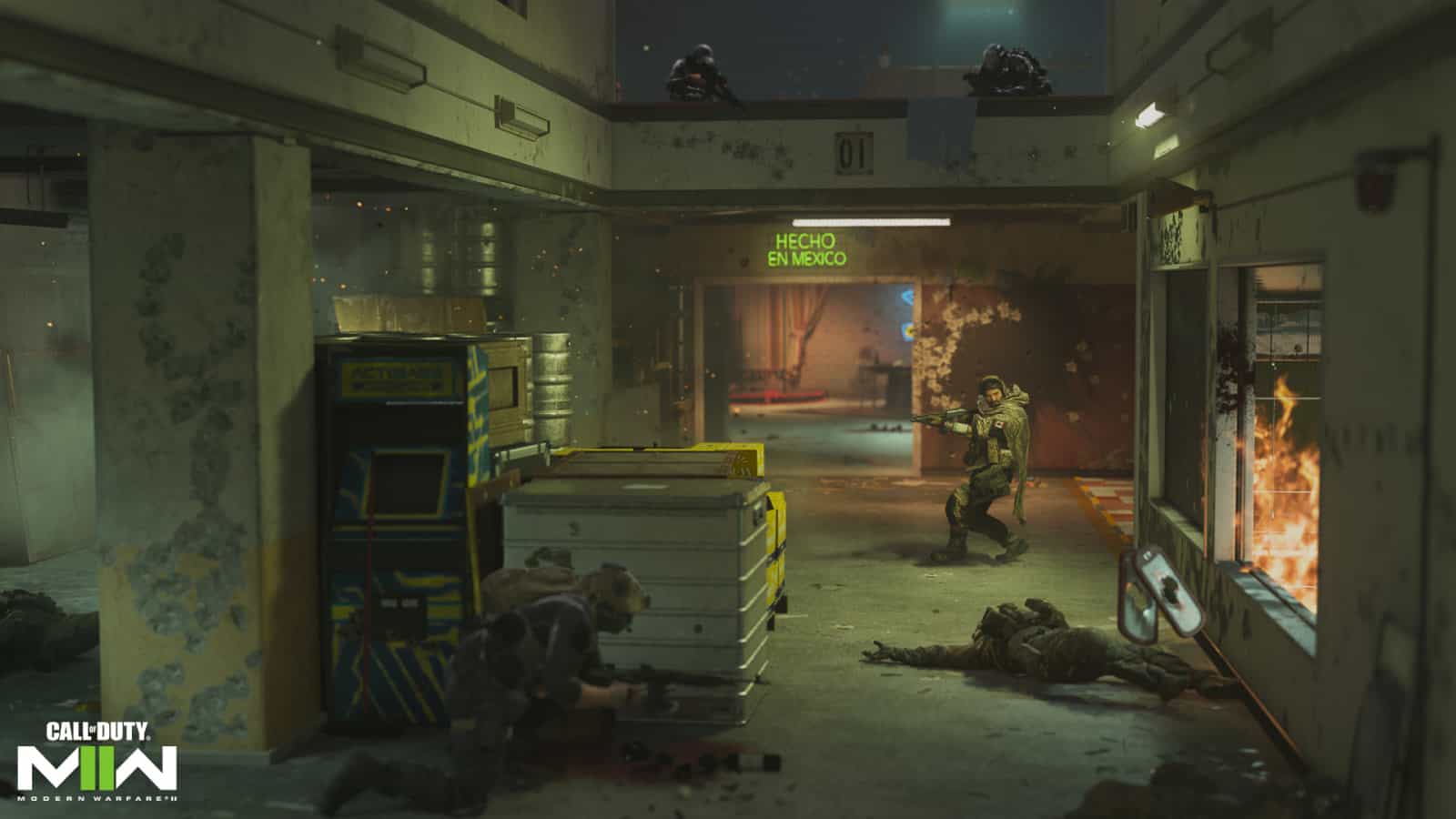 There are currently 12 maps in the game at launch. More will be added to the game as time goes on, and we may even see new maps added to the game with every season. Even if it’s only one map per season. It’s also possible that some seasons will not include new maps. As of launch and before season 1 begins on November 16, here’s what’s available, along with what mode they’re available in.

How many operators are there to choose from? 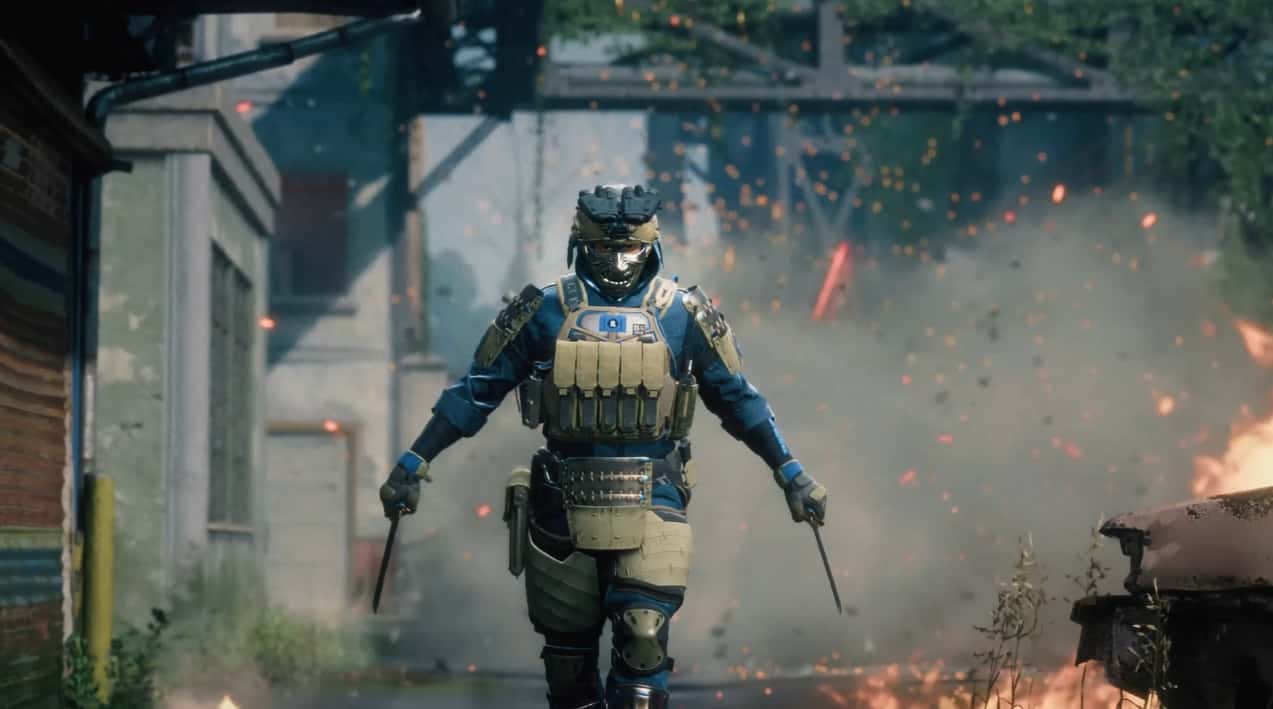 With launch on October 28, Modern Warfare II includes 25 operators. 26 if you pre-ordered the game on PlayStation. More operators will be added to the game later on, but you can find the current (at the time of initial publishing) list of operators below. Excluding any that come from brand promotions like Jack Links and Burger King. Operators are split up into two groups – Specgru, and Kortac.

What are the killstreaks? 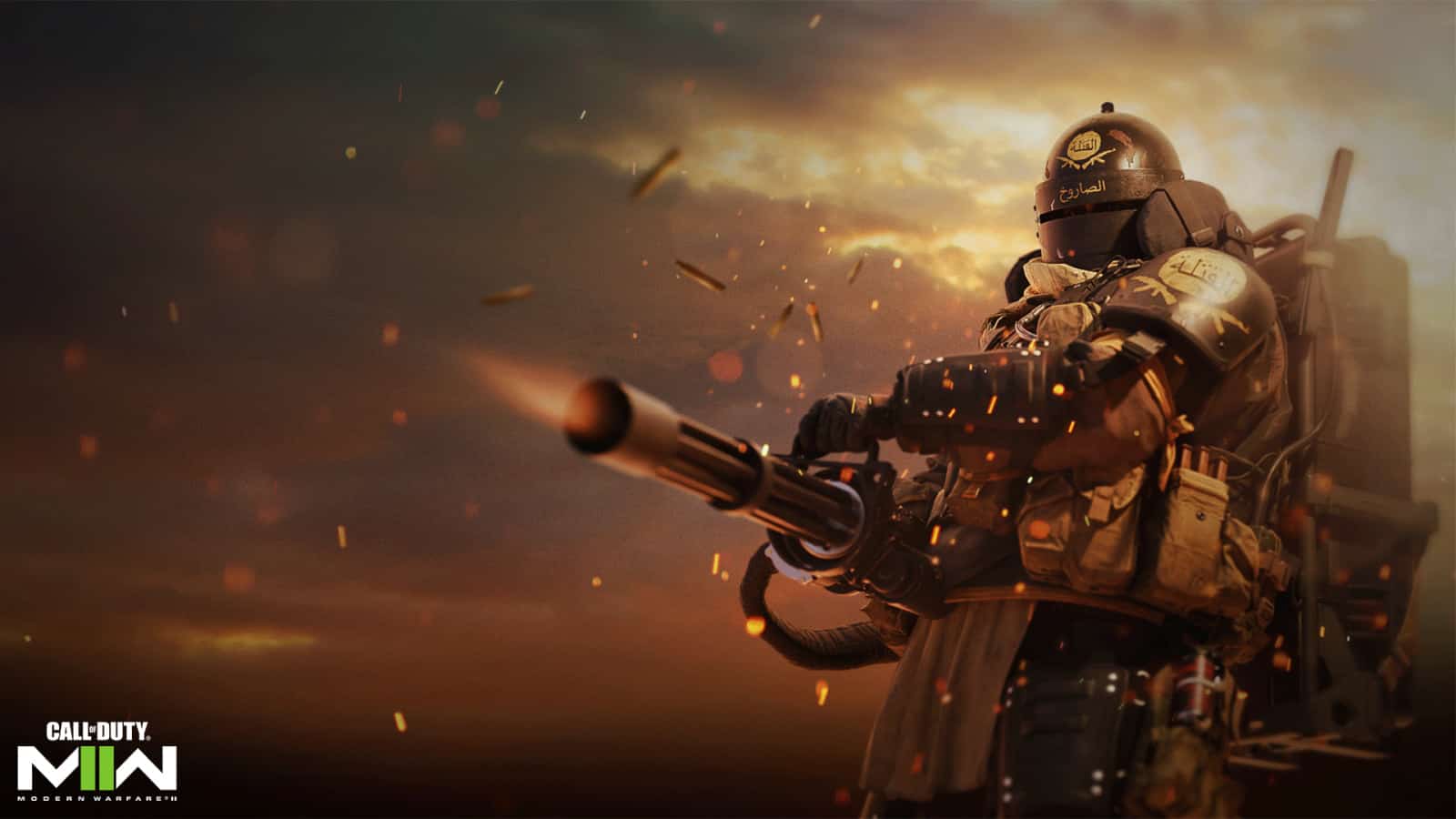 Killstreaks, scorestreaks… they’re both included in the game so we’ll list each reward below along with how many kills you need or how much of a score you need to obtain them in a match.

What are the perks? 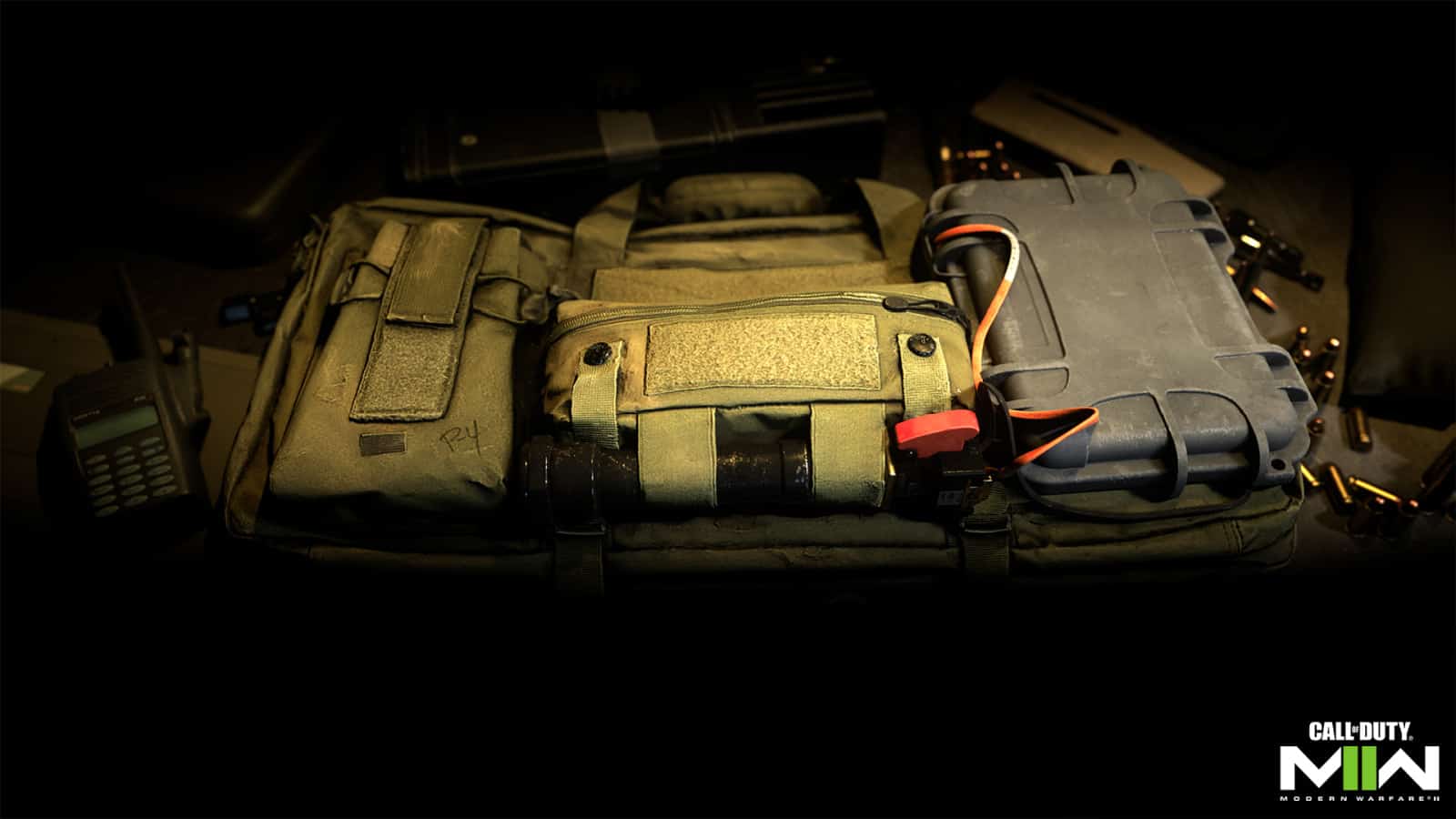 Like most other things in the game, perks are split up into categories. You have your base perks, your bonus perks, and your ultimate perks. You can find each one that is currently in the game listed below, separated by their respective categories.

Complete your loadout with Field Upgrades 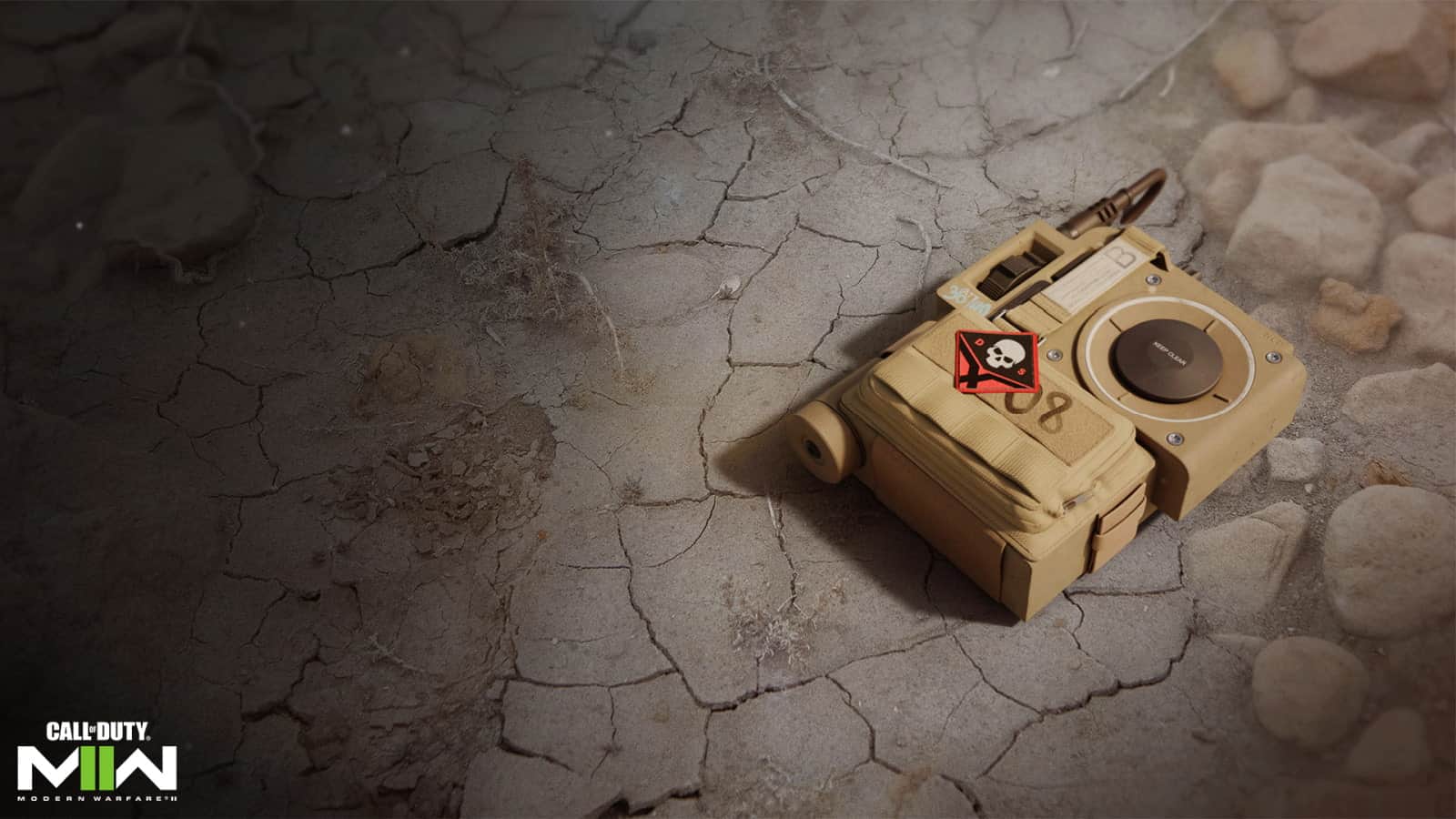 Field upgrades are important pieces of your kit. These can help you triumph or if used incorrectly, play a role in your downfall in skirmishes with other players. Choose them wisely when setting up your loadouts. But also experiment with each one and see what you like best. Some may not suit your playstyle. Even if ones you don’t care for tend to be the recommended choices by others. You can find the complete list of current Field Upgrades below.

How many weapons are there and what are they? 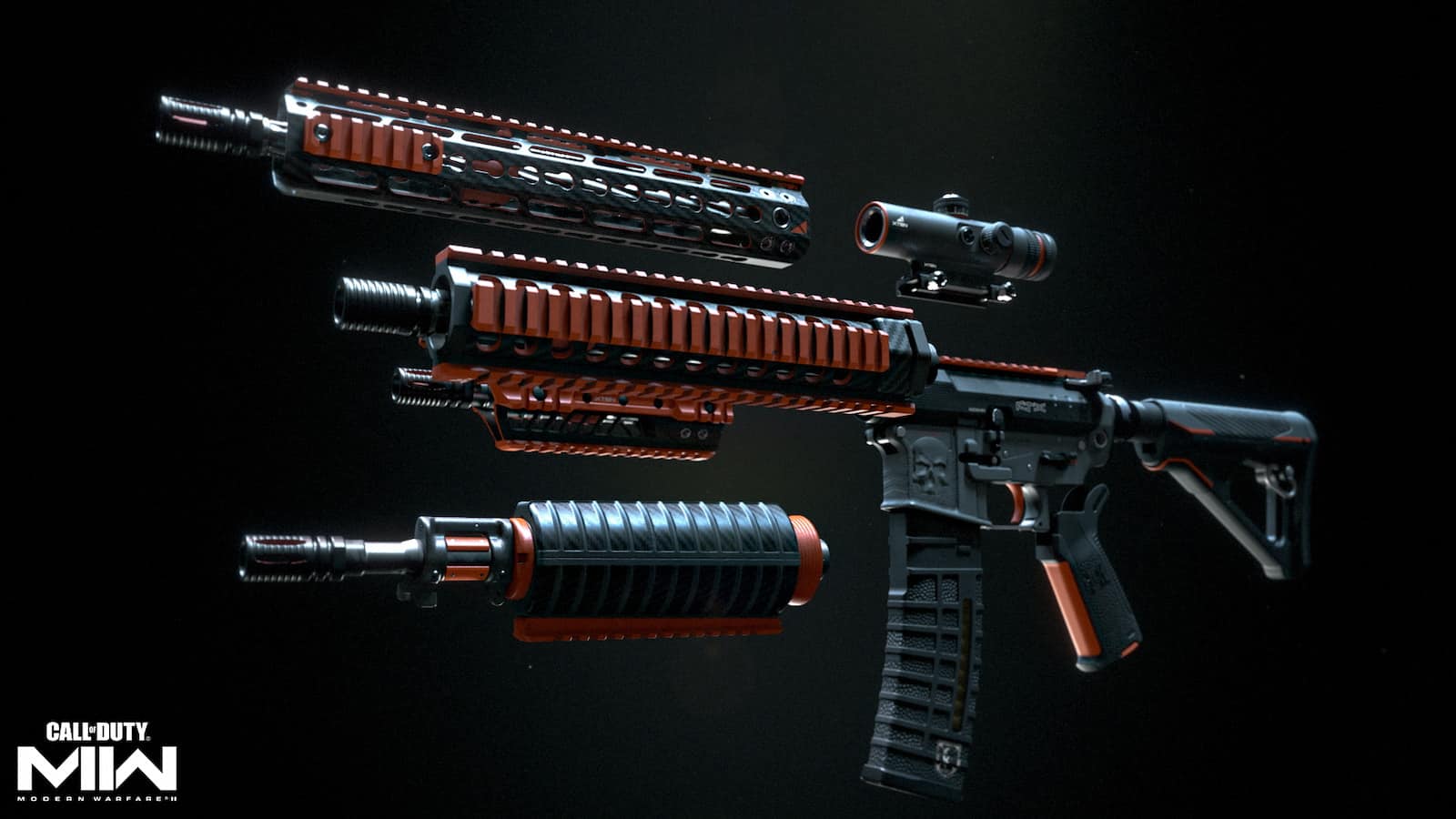 Officially the game launched with 51 weapons spread across your primary and secondary slots. There will also be more added to the game in the future. Such as the Chimera with the upcoming season 1 launch that happens alongside Warzone 2.0 and its DMZ mode on November 16. It’s also worth noting that there are simply too many weapons to name here since there will be an evolving collection in an already large arsenal.

Instead, we’ll list the weapon types and categories below, while going over every weapon specifically in a separate post.

Every single piece of equipment 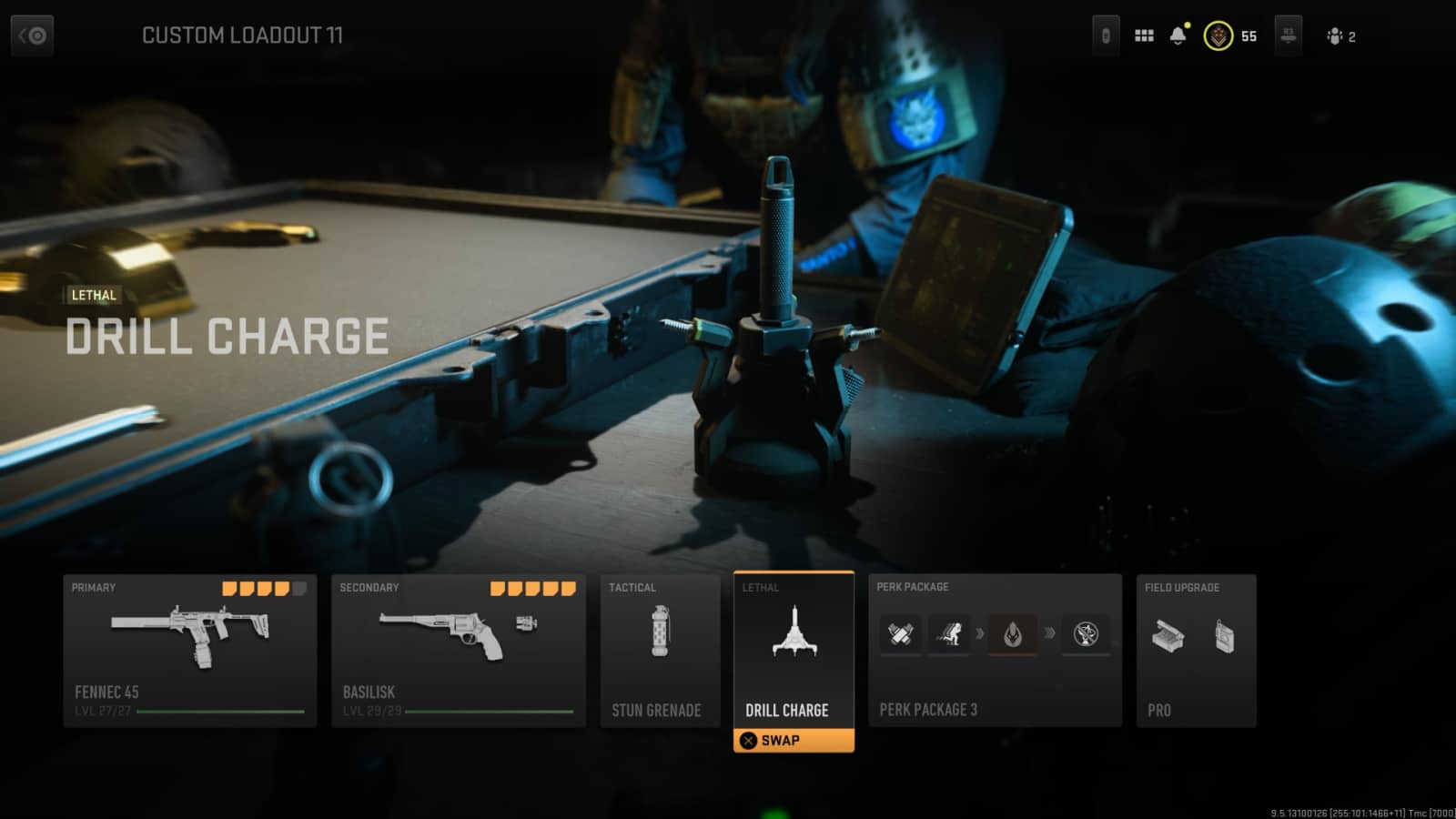 Equipment can be just as important as the weapons you pick. Whether it’s a stun grenade to slow your enemies down so you can gain the upper hand in a shootout, or a frag grenade that you can cook so it blows up just as it lands at their feet. As with the Perks and Field Upgrades, experiment with all of these and see which you like best. Some might surprise you.