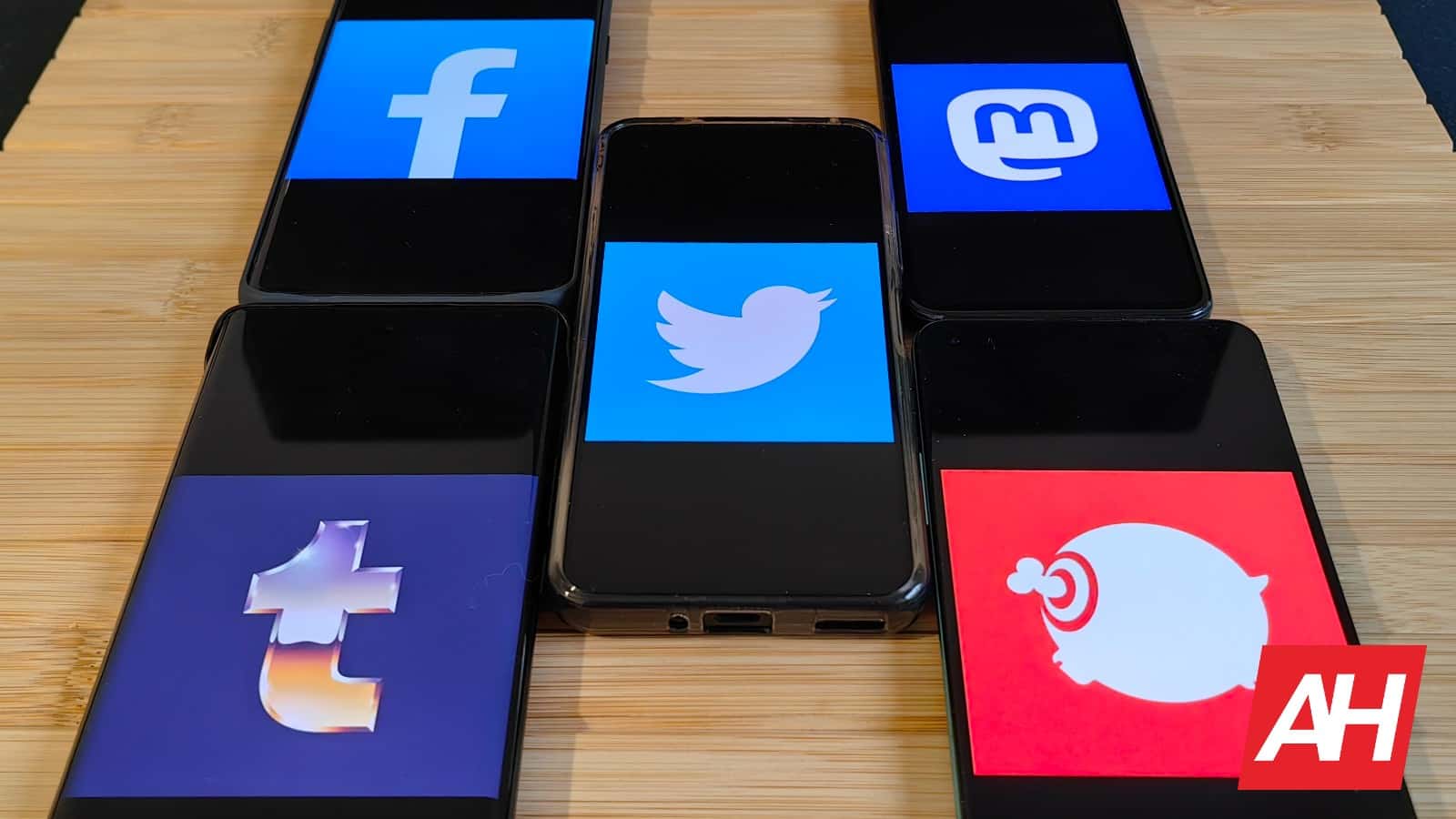 Ever since Elon Musk took over Twitter, things have been kind of chaotic. At the time of writing this article, things are not going well, so we’ve decided to present you with some alternatives to Twitter, just in case. Now, do keep in mind there is no direct replacement for Twitter, of course. There are a number of other product that can serve as Twitter app alternatives, to a degree, and we’ll list some of the best ones below.

Some of these apps are somewhat similar to Twitter, while others are good only for specific features that Twitter offered. Either way, we did our best to list some of the best options out there. Some of these are well-known some not so much. In fact, you probably haven’t heard of at least some of these. All of these apps are free to use, and only some of them come with in-app purchases. Do note that the apps below are not listed in a specific order. Having said that, if you’re interested, read on.

Below is a quick overview of the top best Twitter app alternatives for Android for 2022, including any download and in-app purchase costs.

Below is a little more information on each app, and a direct link for easy downloading.

All download links go to the app’s Google Play Store listing. Users are always recommended to download apps from Google Play or an authorized app store.

Tumblr is a social media app that was kind of popular back in the day. It still has quite a few users, though it did get hurt when specific types of content got blocked. Things did change over time, though, and Tumblr is a good option. It is more image-focused than Twitter, and it has a great-looking UI.

The biggest advantage of Tumblr is that it’s easy to use. That UI really does help things, and the service has been around for a really long time. In fact, it has been around for almost as long as Twitter. If you’ve never used Tumblr, it’s actually a really good alternative to Twitter, even though it’s not a direct replacement. 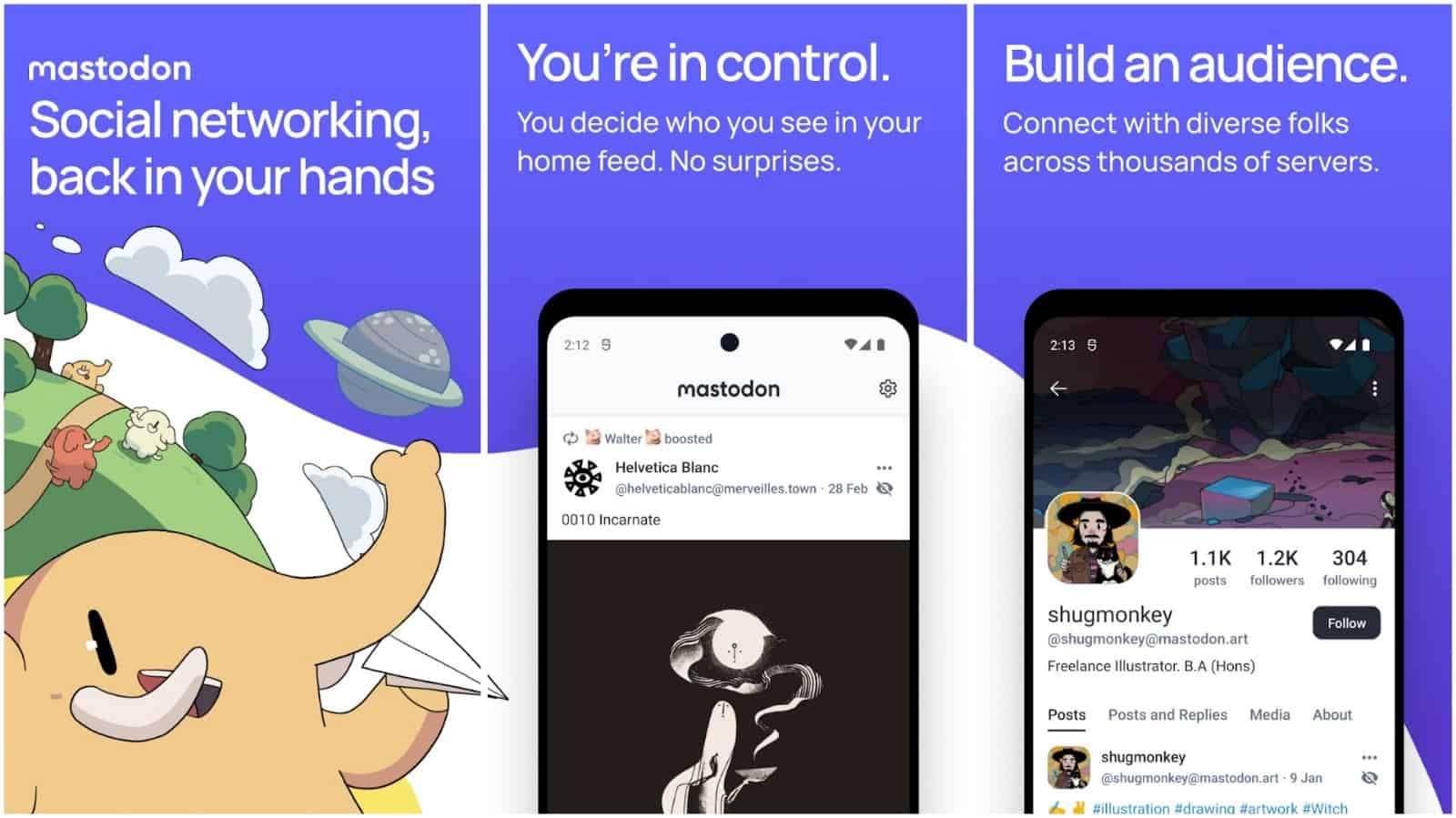 Mastodon is probably the most-talked about alternative to Twitter lately. It received a lot of new users since Elon Musk took over Twitter, but it’s definitely not a perfect alternative. Mastodon works in a completely different way, and truth be said, it’s not exactly simple to wrap your head around.

This app is based on open-source software, and it’s kind of a decentralized social media network. The app’s interface is not the best, to be quite honest, though it does come with some useful tools if you’re migrating from Twitter. This network is based on small communities, and it will take you some time to get used to. 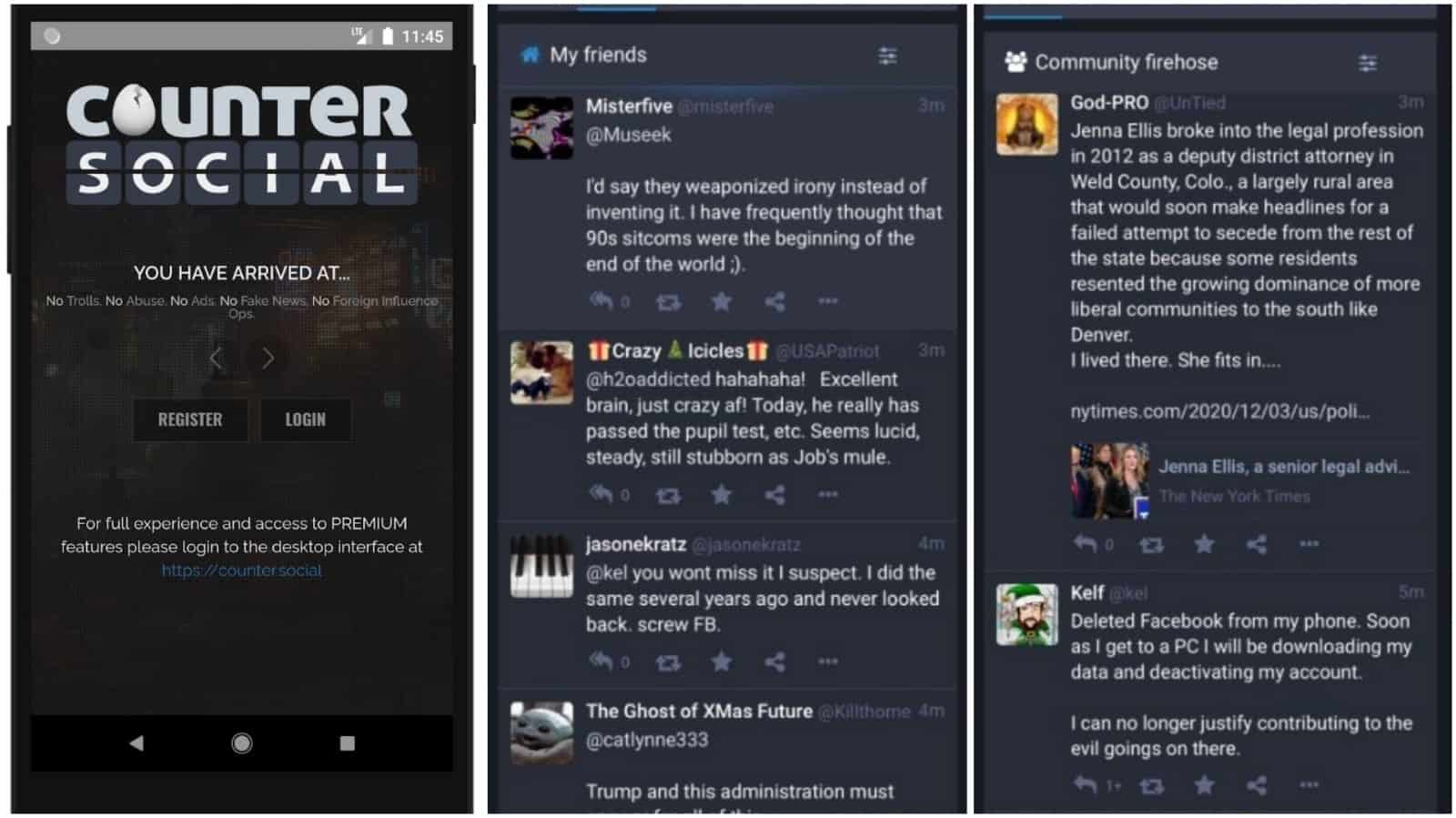 CounterSocial is also a service / app that has been mentioned quite a lot lately. It’s also considered to be a decent alternative to Twitter. It relies on donations, and there’s no advertising here. A feature that many of you will like is the fact that posts are displayed in chronological order by default.

It does have strict rules against spam, and it’s also trying to keep fake news in check. CounterSocial is also based on open-source software, for the most part. It has a really nice interface, and that even goes for its web client. Its messaging is not the best, though. CounterSocial is worth trying out, that’s for sure. 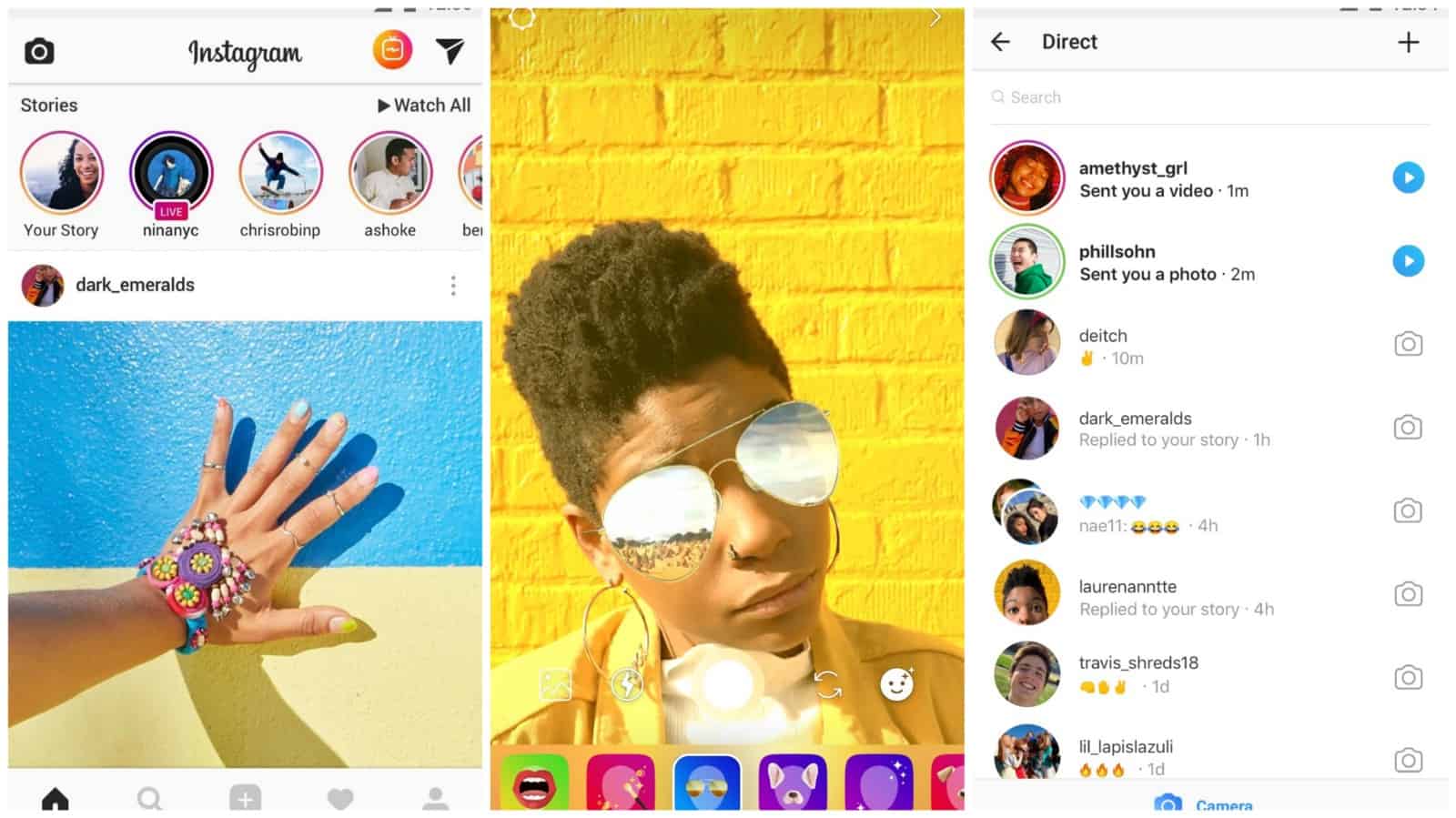 Instagram is far from being a direct replacement for Twitter, very far. If you’ve been using Twitter for sharing images, for the most part, however, this is a great option. The thing is, most of you probably use both options, so this is a mute point, but if you’re not, and you do share a lot of images via Twitter, give this a whirl.

Instagram does not need a special introduction, not at all. It is one of the most popular apps on both iOS and Android in general. Many people use it, and that goes for all types of people, actually. You cannot really share your thoughts or anything like that here, in words, but you can share images, and anything you want on them… as long as it’s not against the rules, of course. You can also share videos via Instagram, though the focus is on short-form videos.

Discord is definitely not the first app you think of when you think of a Twitter alternative. It is, however, a very popular service, that can, kind of, be an alternative to Twitter, to a degree. Much like Mastodon, it focuses on smaller communities of sorts. Well, many would say those are discussion communities or environments, that narrows it down more.

There are tons of different servers and topics available on Discord. This app is well-known amongst gamers, as it started that way, but there are all sorts of topics there now, and the usage is definitely not gamer-exclusive anymore. You can host video chats here, voice chats, share media content, and so on.

Much like Instagram, TikTok is very far from being a direct replacement for Twitter. TikTok is something else entirely, but if you enjoy sharing short(er) videos on Twitter, TikTok is a great option. This is a short-form video sharing platform, even though it now allows those videos to be quite a bit longer than at first.

TikTok is one of the most popular apps in the last couple of years, if not the most popular one. It’s free to use, and all sorts of videos are available. If you like funny sketches and comedians, you’re good. If you prefer to watch tech videos, or gaming videos, TikTok has you covered. There’s a ton of content here, and the UI is really simple and easy to use. 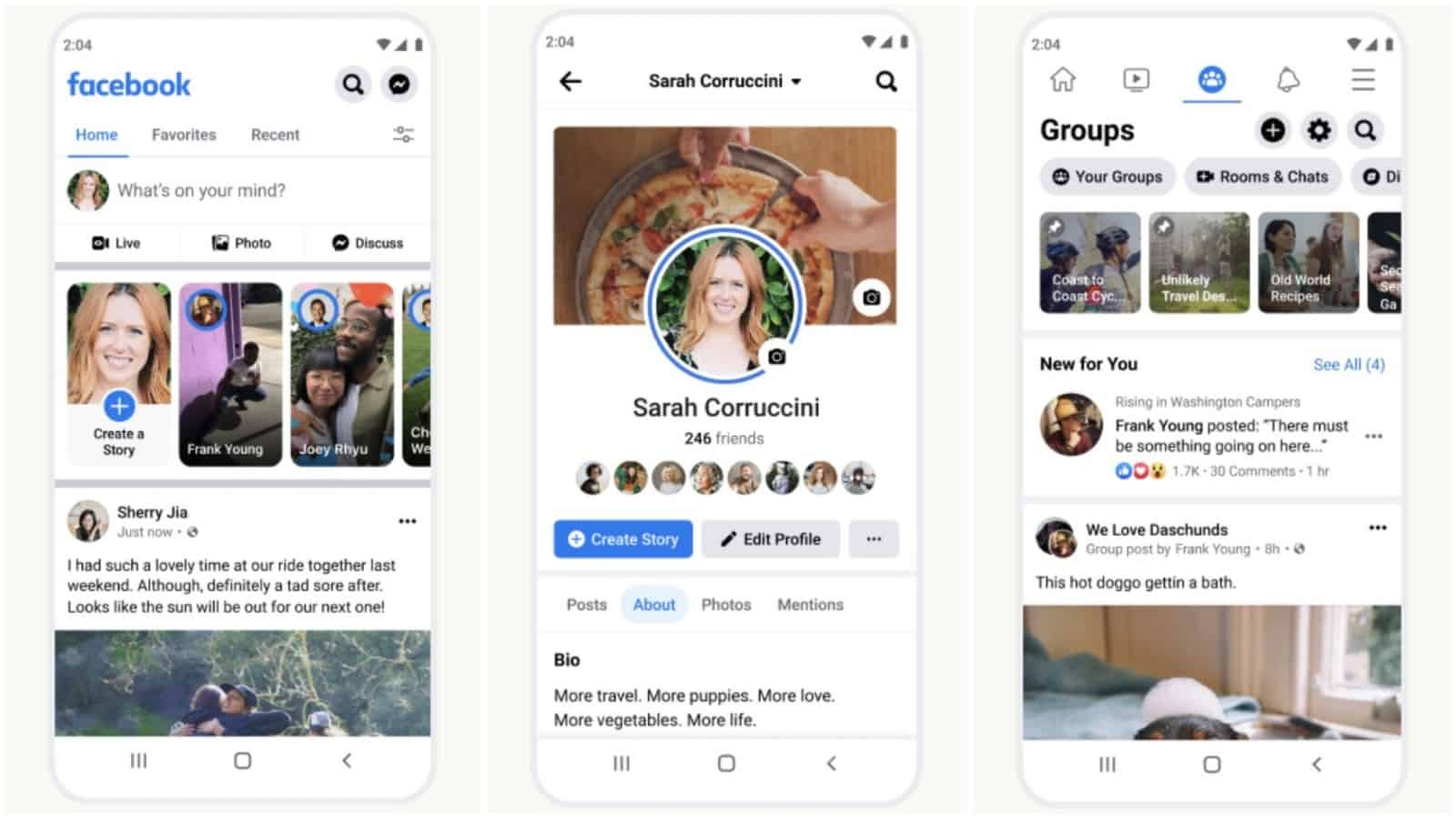 Facebook managed to get a really bad reputation over the years, that’s true. Still, it is a Twitter alternative, as the two social media networks have been compared a ton of times in the past. In many ways Facebook does function like Twitter, even though not even this is a direct replacement.

You can post whatever you want to your “wall”. Text, images, videos, links… much like on Twitter. You also get a centralized feed of who you’re following here, whether those are your friends, family, pages, groups, or whatever else. Facebook is trying to be a lot more things than Twitter, though, and its app is not the best out there. It is being used by a ton of people, and it can serve as an alternative to Twitter.

Plurk is… well, kind of similar to Twitter. Many of you probably never heard of it, but it does have a really cute interface, and it does limit your post length, same as Twitter. Plurk is actually being used by quite a lot of people, which is a bit odd as it’s nowhere near as popular as some other apps on the list.

Plurk likes to call itself “social network for weirdos”, and that may put some of you off. Plurk’s style is a lot different than Twitter’s. Another thing that may push you away is the fact that there is no way to filter posts by language. This app does allow anonymous posts, though, and it has some other, interesting features.

Amino is often seen as a social network for teens. It comes with strict community guidelines, and it allows users to both chat and watch videos together. The UI is not the best, to be quite honest, there’s a lot going on here. Community topics are also quite limited in the app, which is not exactly great.

You can customize your profile for each community you join, and add a bio. You can also decorate your profile in a number of ways here. Voice calls and voice notes are also supported here, while the app pushes artists to share their craft as well. Amino is definitely different than everything else we’ve listed here. 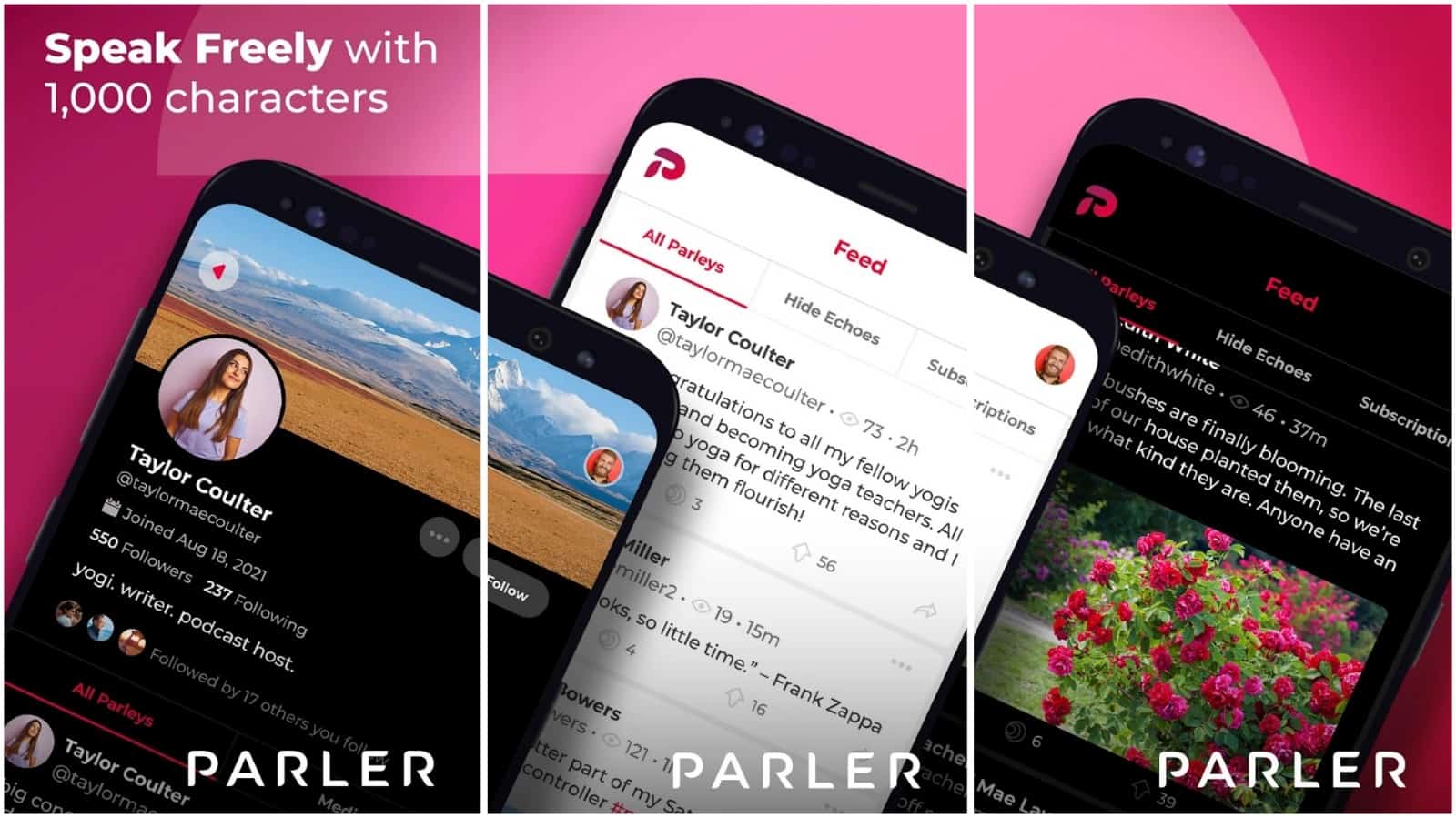 Parler is likely another app that you’ve heard of in the past. It didn’t get a great reputation due to its lack of moderation, as it was even removed from the Google Play Store. The app returned a while back, when the necessary changes have been made. We’re not really sure in what state it is at the moment, but it’s definitely an option.

Parler does promote free speech quite heavily, and it has a really compelling UI. Your posts are limited to 1,000 characters, which is actually plenty for most people. It has a decent Discover feed, and dark mode is also supported here. You can also filter content to your preferences, thanks to some moderation tools.