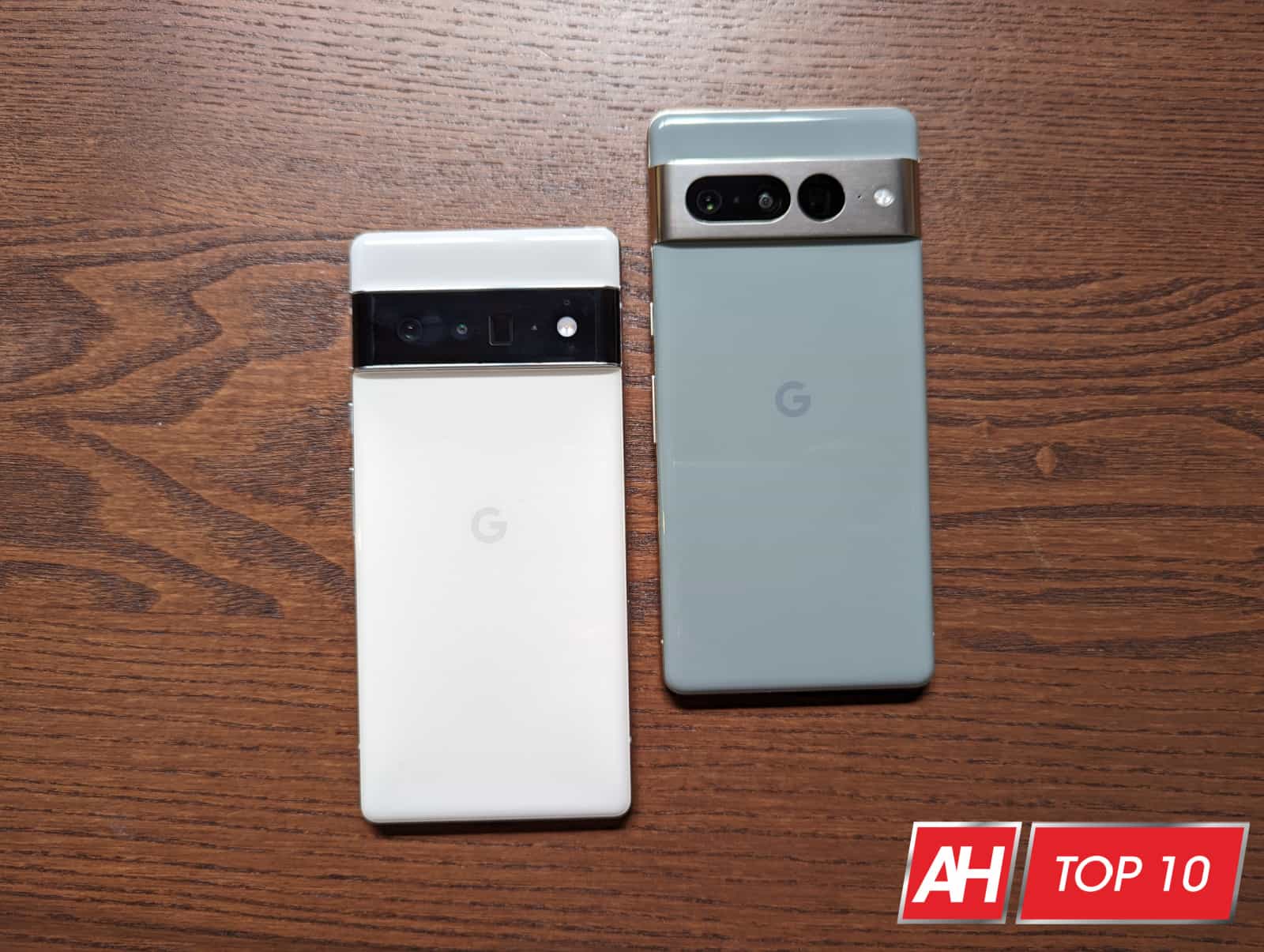 Google doesn’t release as many phones as some other OEMs out there, in fact, they basically release three phones a year. There’s the two flagships and then a mid-range(ish) phone in the a-series around Google I/O. And that’s it. Which makes it a bit easier to find the right Google Pixel smartphone for you to buy.

However, there are still quite a few options available. So we’ve rounded up the very Best Google Pixel phones that can currently buy. It’s worth mentioning, that Google is only selling the Pixel 6a, Pixel 7 and Pixel 7 Pro right now. So others will either be from a third-party or renewed/refurbished. So keep that in mind.

Here are the best Google Pixel phones that you can buy right now. This list goes all the way down to the Pixel 4a. Here’s some criteria we used to pick these phones in particular. For one, all of these phones are still being updated for at least another year (Pixel 4a through 2023, Pixel 5-series through 2024), and these are all still sold from reputable sellers on Amazon, or from Google itself. Only one on this list is actually “renewed” and that is the Pixel 5. Since so few were made, it’s hard to find “new” Pixel 5 models right now.

The order is based on when these phones came out, so the further down the list you go, the older they are and usually the cheaper they are. The Pixel 4a is an exception since it is new while the Pixel 5 is “renewed”. The Google Pixel 7 Pro is the 2022 flagship from Google. It sports a 6.7-inch QHD+ 120Hz AMOLED display, powered by the Tensor G2 processor, 12GB of RAM and 128GB of storage inside. There’s also a pretty massive 5000mAh capacity battery inside, which is really nice to see here.

See also  How to factory reset the Google Pixel Watch

It also gained some pretty cool camera features this year, like Macro mode. Something that the iPhone actually did before Pixel. Otherwise, you still have the three cameras for wide, ultrawide and telephoto here.

The Pixel 7 Pro will get three years of Android updates and five years of security updates. So that it is until 2025 and 2027 respectively. The Google Pixel 7 is the smaller (barely) brother of the Pixel 7 Pro. The main differences are the flat display which is also 1080p at 90Hz, the smaller battery and there’s no telephoto camera here either. Which also means no macro mode. The battery isn’t a big deal since it does still last about the same amount of time.

But the Pixel 7 does have a 6.3-inch FHD+ display, powered by the Tensor G2 processor, 8GB of RAM on-board and 128GB of storage. There’s also a pretty hefty 4355mAh capacity battery inside. The Google Pixel 6a is the smallest of the 2022 Pixel smartphones. It sports a 6.1-inch FHD+ display at 60Hz. It also has the original Google Tensor chipset inside, with 6GB of RAM and 128GB of storage. There’s also a 4410mAh capacity battery inside, which is indeed larger than the Pixel 7. And yes it does offer better battery life than the Pixel 7.

It sports the older Pixel 6 design, with 12-megapixel wide and 12-megapixel ultrawide sensors on-board. It does come in some cool colors too. The Google Pixel 6 Pro is currently the company’s most powerful smartphone. It has a massive 6.71-inch QHD+ 120Hz display. It is an LTPO AMOLED display, so it will ramp up and ramp down the refresh rate as needed. It’s powered by the Tensor chip (for the first time), which is made by Google specifically for Pixel. There’s also 12GB of RAM inside and 128GB of storage as well. This is all powered by a 5003mAh capacity battery.

It launched with Android 12, and Google is promising three years of platform updates and five years of security updates (through 2024 and 2026 respectively).

The Google Pixel 6 Pro isn’t all about hardware, Google has also added in a good amount of features into the software. This includes things like Magic Eraser which is like Photoshop, built into your camera app. So you can easily remove subjects from your pictures. Among other things. The Pixel 6 was released alongside the Pixel 6 Pro. It actually comes in two flavors. This $599 model does not include support for mmWave 5G, so if you are buying this from Verizon, you’ll be paying $100 more for that. Leaving out mmWave helped keep the Pixel 6 at this aggressive price point.

Pixel 6 is smaller than Pixel 6 Pro, of course. It sports a 6.4-inch FHD+ 90Hz display, with the Tensor chipset, 8GB of RAM and 128GB of storage. It also has a pretty beefy battery that has a capacity of about 4614mAh. That is enough to get you through a full day without any issues. The Pixel 5a was the latest iteration of Google’s “Cheap” smartphone. It came in costing $449, with mostly flagship specs, which is always amazing. Now the Pixel 6a has been announced, but you can’t buy it yet. It won’t be available until July 28.

Pixel 5a is somewhat small, with a 6.34-inch FHD+ OLED display. It has the Snapdragon 765G processor with 6GB of RAM and 128GB of storage on-board. There’s also a pretty large 4680mAh capacity battery. Which we found from our review, would last at least a full day, sometimes two.

This launched with Android 11, and was later updated to Android 12. It will continue receiving Android platform updates and security updates through August 2024. The Google Pixel 5 was released in 2020, and saw Google return to small phones. Which many of us loved, while others hated.

It sported a 6-inch FHD+ 90Hz OLED display, along with the Snapdragon 765G processor inside, 8GB of RAM and 128GB of storage. It also had, what sounds like a small battery, coming in at 4080mAh capacity. But it did actually last quite some time.

It launched with Android 11, and later was updated to Android 12. The Pixel 5 will get both Android and security updates through October of 2023. The Pixel 4a was somewhat surprising for most of us. Since it was actually one of the smallest phones Google released in years. It had a 5.81-inch OLED display, along with the Snapdragon 730G processor, 6GB of RAM and 128GB of storage. All for $449 at the time – now that stock is limited as Google stopped manufacturing the 4a over a year ago, prices have gone up.

It also had the same great camera from the Pixel 4, and earlier Pixels all at a much cheaper price tag. Which is really great to see on smartphones like this.

Pixel 4a debuted on Android 10 and later got updated to Android 11 and then 12. It will also get Android and security updates from Google through August 2023