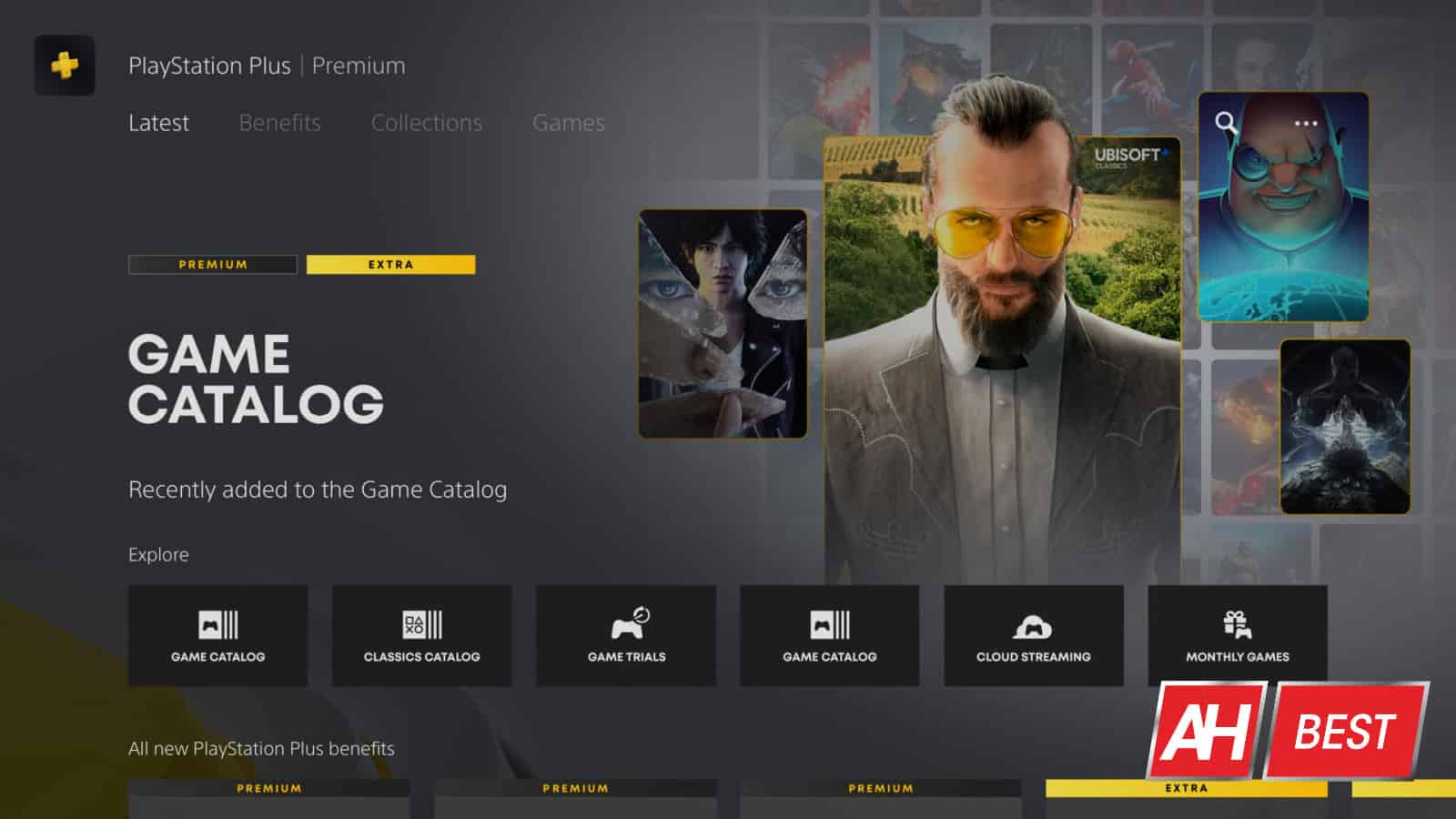 These days there’s a ton of different ways to access the games you love thanks to the wide variety of options out there, but we feel that these are the best gaming subscription services that you can get for your money. Or lack thereof depending on which one you choose.

Because there are more than a few options, we grabbed the best gaming services and put them together in this list. They’re not ranked in any particular order. These are the best options if you love gaming. And although we all probably have our favorites, all have something great to offer. I’ve used every single one and have enjoyed them all. So I can personally say that regardless of which one you go with, there’s definitely something there for you.

That being said, you may not feel it’s the right service for you after trying it. Luckily you have other good options if that ends up being the case. Starting off this list of best gaming services is EA Play, which comes in two different flavors – EA Play and EA Play Pro.

The former is obviously the cheaper option and that may be the best option for some based on what it is they’re looking to get out of a service. It does also come with less features though. So that’s something that people will want to weigh out.

For that $5 a month, you get 10-hour long trials of upcoming games, as well unlimited access to a collection of games in the vault.

What you won’t get is unlimited access to the newest games, which you will only find in the Pro plan. This is the better option if you want the latest EA games, like Need For Speed Unleashed, FIFA 23, and upcoming titles like Wild Hearts and the Dead Space remake.

You also get rid of the 10-hour long trial of upcoming games and replace that with access to the full game without limits on time. Which one is right for you depends on whether or not you actually like EA games, and whether or not you care if they’re the absolute latest titles.

Also worth noting is that EA Play comes with Xbox Game Pass Ultimate. So if you subscribe to that then there’s no need to pay for EA Play as well.

Overall EA Play is one of the best gaming subscription services, but it’s definitely better if you love EA games.

Consider this the exact same thing as EA Play but for Ubisoft titles. There are of course some differences that make this a potentially better service from a value standpoint.

The service offers two tiers. PC access and multi-access. With PC access, Ubisoft+ is available on PC only. But if you go for the multi-access plan the service is available through Amazon Luna as well. Which means you can also play games in the cloud and not just locally on your PC. A pretty decent benefit if you really like Ubisoft games. Plus, many Ubisoft titles support cross-progression. Which means if you play them through Luna, your progress will carry over to when you play games locally on PC.

Ubisoft is also running a deal right now where you get either tier for $1 a month for the first month. Hopefully, Ubisoft+ will make its way to consoles someday. But for now, you’re limited to using it either on PC or with Amazon Luna on Luna-compatible devices. PlayStation Plus is not only one of the best gaming subscription services out there but it’s almost an absolutely necessity if you want to get the most out of your PS5 or PS4 console.

For starters, you’ll need to subscribe to PlayStation Plus if you want online multiplayer access. Unless otherwise stated by the game itself. As an example, Final Fantasy XIV does not require PlayStation Plus. It does however have its own subscription associated with it.

In addition to giving you multiplayer access for most games, you also get special discounts on games (including those already on sale) that you won’t get if you’re not a member. On top of that, you get to claim three free games a month once Sony makes its three picks available.

All of this comes with Sony’s new base plan called PlayStation Plus Essential. If you step it up to the Extra plan though, you get all of the previous stuff, plus you get Ubisoft+ Classics (these are a curated list of Ubisoft games, and not the entirety of what you get with an actual Ubisoft+ subscription), and access to the Game Catalog. The latter additional benefit is the big one here. As Sony continues to add more games to this list. Including some from PS5.

Finally, there’s the Premium tier which adds in things like the Classics Catalog and game streaming. So there’s a lot on offer with PlayStation Plus and three plans to choose from. But all are a great option. It just depends on what you want. While I’m personally more fond of my PS5 than the Xbox Series X, Xbox Game Pass is without a doubt the best value in gaming right now. I love PlayStation Plus. But there is no denying that Game Pass is the better value. Microsoft is adding new games to the catalog monthly and just like with PS Plus some of these rotate out.

This helps keep things fresh. What it offers that PS Plus does not is day 1 titles. Sony may change this eventually, but currently PS Plus won’t afford you access to launch games. Xbox Game Pass however does not limit you in this way. So when Starfield launches, you should be able to play it through Game Pass.

Worth noting is that Xbox Game Pass Ultimate also gives you access to Xbox Gold. All around this is a great subscription service to have. Even if you already subscribe to PlayStation Plus. Amazon Luna is another big name in the cloud gaming space and it’s a great option if you like the convenience of gaming in the cloud. You might not feel like throwing down the money on a console or a gaming PC, but do enjoy gaming from time to time. Luna is perfect for players in this category because it has a relatively low barrier for entry on cost, and new titles are added every month.

This is important because Ubisoft+ is available on Luna. But it’s also a completely separate channel, and you do need to pay for it if you want access. Luckily, this is part of the multi-access plan that Ubisoft+ offers.

Luna is available on PC, Android, compatible Fire TV devices and through Samsung TVs using the Samsung Gaming Hub app. That is to say it’s pretty widely available no matter what screen you want to play on. Personally, I think GeForce NOW is the best option for cloud gaming. That is if all you want is cloud gaming with decent performance and loads of quality features. Unlike Game Pass and Luna, you do have to own the games you want to play in the cloud. But that’s easy enough to do if you set up a Steam or Epic Games account.

There are even some games from GOG available on the service, like Cyberpunk 2077. The reason why I think this is the best option for cloud gaming is because you will get the best quality here. Yes, it is the most expensive monthly. But you get what you pay for. And for the $20 a month (if you go with the Ultimate plan) you get access to NVIDIA RTX 4080 SuperPods for the best quality and performance of your game streaming possible.

This includes NVIDIA Reflex, support for ultrawide monitors, performance based on an RTX 4080 GPU, and up to 240 frames per second. You’ll need to be playing on PC using the PC app to get those features. But you can also access GeForce NOW on Android devices, so you can play on the go, as well as on Chromebooks, Mac, and more. Making this one of the best gaming subscription services to have across the board. With it, you get access to free games every single month, and free in-game loot for tons of different games. Amazon will rotate stuff in and out for both the games and the in-game loot. So you want to keep an eye out for what’s available. I suggest checking back once every or every other week. That way you always know if there’s anything in there you want. All around, Prime Gaming is one of the best gaming subscription services there is because it’s not just for gaming. Since it’s part of Prime a lot of other stuff comes with it.