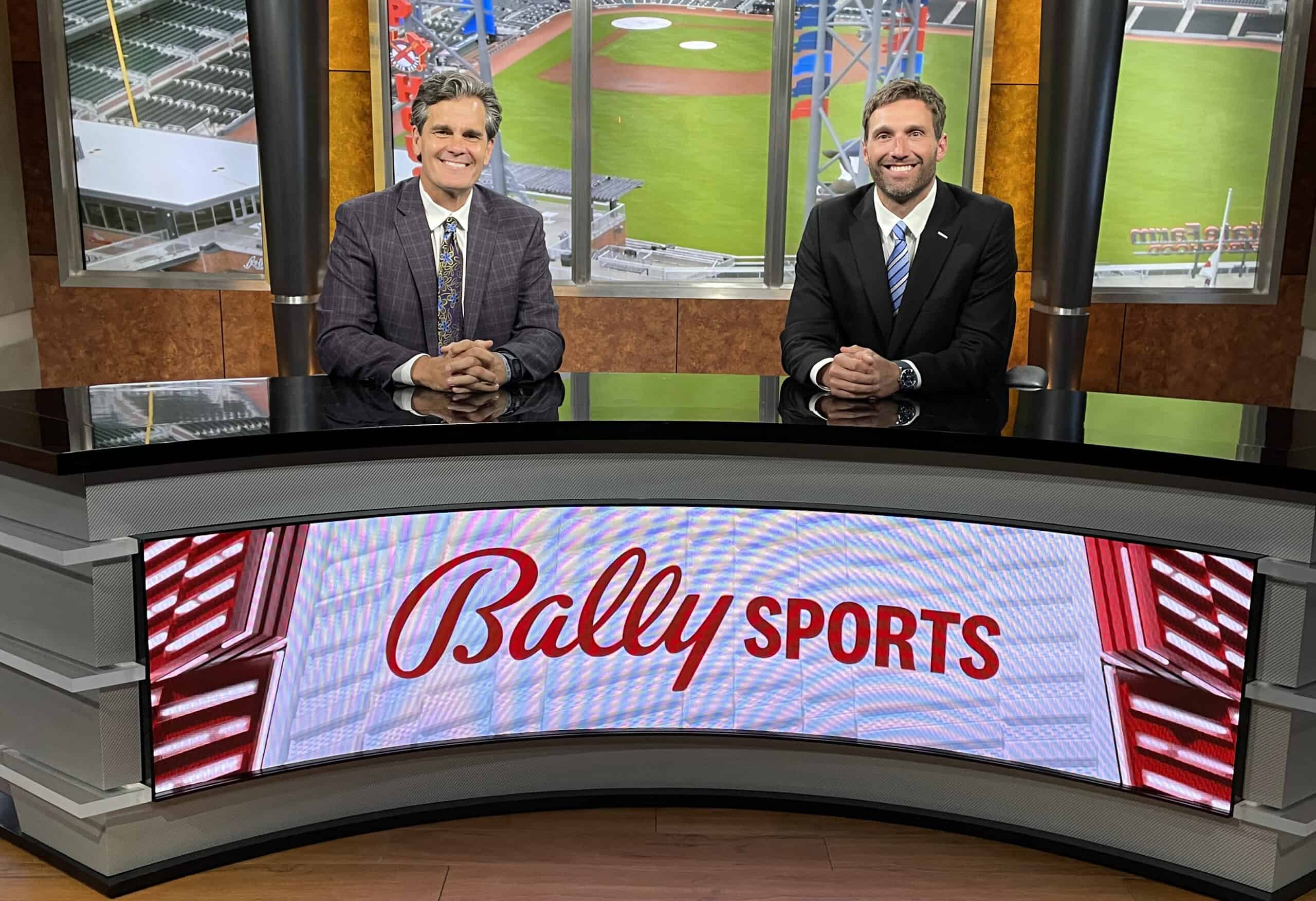 Bally Sports Plus is the newest streaming Live TV service that is about to hit the market. Sinclair has been working on this service for quite some time, as they want a slice of that streaming TV service. Even though MLB and NBA commissioners don’t believe it’ll work out. It’ll be interesting to see how this all plays out in the end.

What is Bally Sports Plus? Sinclair got into regional sports networks back in 2019. Disney bought the majority of Fox. This included 21st Century Fox, as well as the Fox RSNs. However, in order to get the deal approved by regulatory bodies, Disney needed to sell the Fox RSNs, because Disney already owned ESPN. And that would lead to sports networks being less competitive. So Sinclair stepped in, back in April 2019, and bought all of the Fox Sports networks. That was everything except for the YES Network, FS1 and FS2. YES Network was sold to the Yankee Global Enterprises, and FS1/FS2 stayed with Fox.

Now, over the years, Sinclair has been known as a pretty greedy company, and that’s been no different with its regional sports networks. It renamed Fox Sports to Bally Sports, which was an interesting name, since many likely think of “Bally” as “Bally Total Fitness” a gym that was popular in the early 2000s. It ceased operations in 2016. Sinclair licensed the naming rights for Bally, so there’s a chance it could get renamed again in 10 years when the deal expires.

When does it launch?

Now, the company has announced that the streaming service will be available to the rest of its markets starting on September 26. That is ahead of the NHL and NBA pre-seasons and regular seasons. So you’ll be able to watch the NBA and NHL without getting cable again.

Where can I get Bally Sports Plus?

Bally Sports hosts more than half of the MLB, NHL and NBA teams that are based in the US. And they produce over 4,600 live local professional telecasts each year. So there’s a lot of content there. However, Bally Sports does not own the exclusive streaming rights to many teams just yet. Which means that not all markets will have all games that are normally on Bally Sports. What sports and teams are available?

Later this year, subscribers will be able to stream NBA and NHL teams that are also carried on the Bally Sport RSNs.

Basically, if you are in a market that doesn’t have Bally Sports, like say Boston, then Bally Sports Plus isn’t going to do anything for you. As you’re only going to see in-market games with Bally Sports Plus. Which is rather unfortunate, as this would be a great way for people to watch games from other markets all over the country. However, there are many different streaming rights that are in the way of that happening.

See also  Pokemon Go Raked In Over $4.5 Billion In Revenue Over It's Lifetime

To watch out-of-market games, the best bet is still going to be MLB.TB, NHL.TV via ESPN Plus, the NBA League Pass.

Here are the teams that are available on Bally Sports Plus when the service does its full rollout:

How much does it cost?

That is quite pricey for what is essentially three local teams that you’ll be able to watch here (some markets will have more, like Bally Sports SoCal, Southwest and Southeast for example), and that’s if you’re lucky. As not every market has an MLB, NBA and NHL team. It is pricey, but let’s not forget that sports are pretty pricey anyways. That’s a big reason why streaming live TV services are so expensive, ESPN and FS1/FS2 are the most expensive components of those services.

Is there an annual plan?

What features does Bally Sports Plus have?

Since Bally Sports Plus isn’t actually live yet (it will be on June 23), we don’t know all of the features that will be available on the service. But we do have a general idea of what to expect.

It’s a live TV service, and it’s only showing sports, so you’re not going to have any parental controls here. Bally Sports Plus will also let you watch some content when you’re traveling. But you’ll need to come back and verify your Zip code every so often (this is usually once every 30 days).

It’s a sports TV service, so having live stats and highlights is basically a must. Bally Sports Plus has said that it will be available. But we aren’t sure what extent it will be. Nor how good it’ll be. YouTube TV does this perfectly actually. Bally Sports Plus will also let you have access to on-demand games after they air, to watch them in their entirety.

Bally Sports Plus is a streaming TV service, so of course there will be ads. Since you’re watching just as you would be on Cable or on Hulu + Live TV, you won’t be able to skip them. And there will be a good amount of local ads for the market you’re in.

Up to 2 simultaneous devices

This is actually on the low side for streaming services, but Bally Sports Plus is expected to let you watch on up to two devices simultaneously. Most others will let you watch on three devices or more at the same time. But, sports is different, and costs more money. So it’s expected.

What devices are compatible?

Bally Sports Plus is available on virtually every streaming platform out there. That includes:

It’s good to see that virtually everything is available coming out of the gate, unlike some other streaming services in the past. Will sports be available in 4K?

This won’t come as a major surprise, but Bally Sports Plus will not be streaming in 4K. Instead, most of its streams are going to be in 1080p instead. Which is still an upgrade from the version that is shown on cable, which is limited to 720p instead. So there’s that.

It’ll stream at 60fps and have stereo sound as well. While 120fps would definitely be better for sports, that also means more cash. Which means you’re going to be paying more.

This is a tough one. Because we all love our sports and love watching our local teams, but $20 per month to watch those teams does seem pretty pricey. On top of what you’re already spending for streaming TV, Netflix, Hulu and other streaming services.

If you really want to watch your teams, then yes it’s worth signing up. However, I would recommend signing up for the monthly plan first, so if you don’t like it, you didn’t just pay for an entire year of the service.