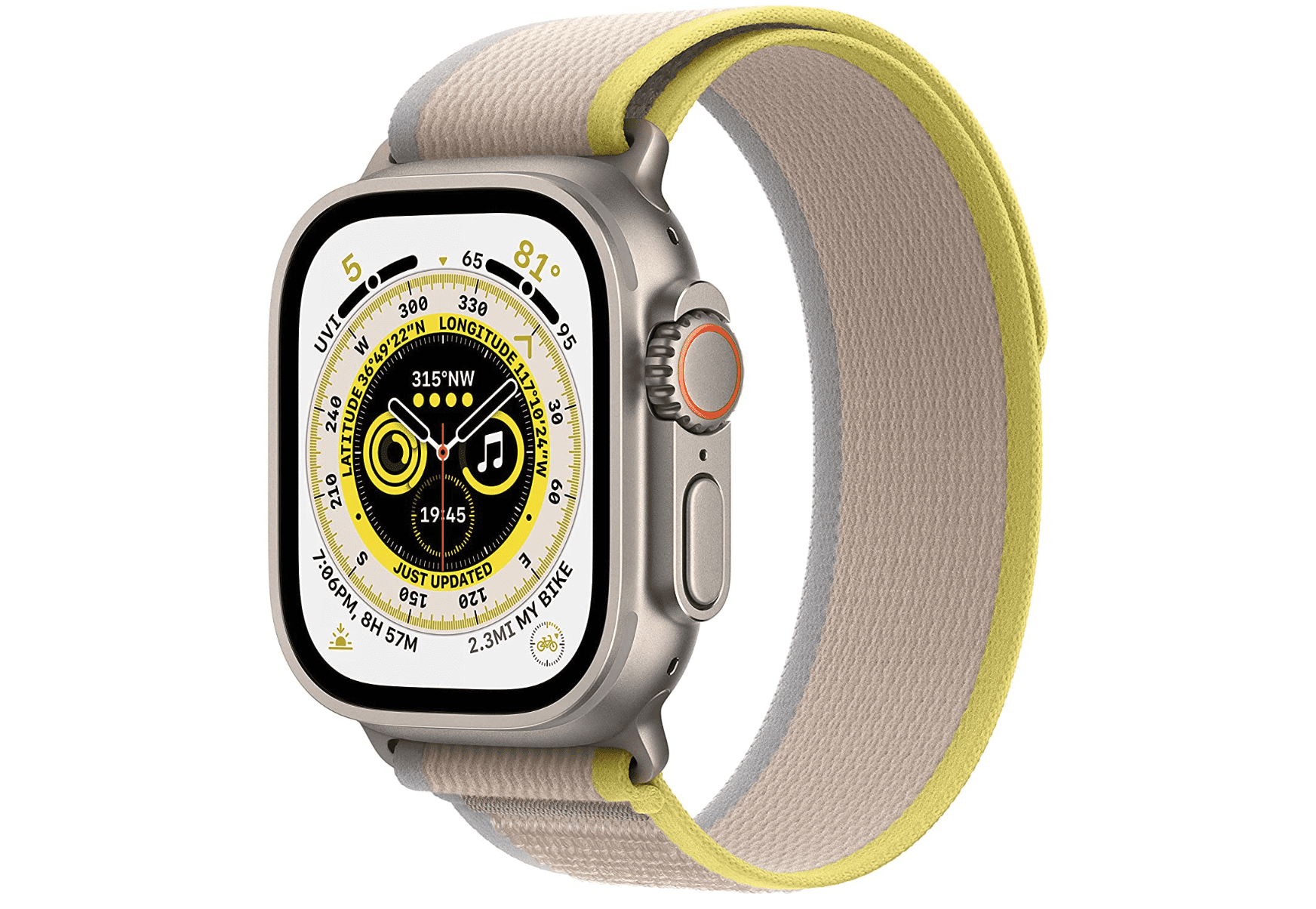 Amazon currently has the Apple Watch Ultra on sale for $749. That’s going to save you $50 off of its regular price, and that does bring it down to an all-time low.

Remember, that the Apple Watch Ultra is basically only available in one model. There are no colors, just the exposed titanium look, with the choice of three different bands. Now the bands are available in different colors.

The Apple Watch Ultra was announced back in September 2022, and since its announcement, it has received some pretty good reviews. Many, that aren’t adventurous, have really come to like it. Why? Mostly for the bigger battery inside. Apple says that the Watch Ultra battery can last around 36 hours on a charge. That’s double what the Apple Watch Series 8 is rated for. However, many are finding it lasting far longer than 36 hours.

Another major benefit of the Apple Watch Ultra is the fact that it has a much brighter display than the other Apple Watches. Allowing you to see it better outside in direct sunlight. It is also a lot more rugged. Since it has a titanium case, that makes it less susceptible to scratches and dings. Additionally, the screen is squared off, like the iPhone, allowing the screen to take less damage. Not to mention it is also sapphire, so it’s less likely to scratch anyways.

Apple’s Watch Ultra only works with the iPhone, of course. However, the Ultra does come with Cellular by default. So you can connect it to your carrier (or not, you’re not forced to), and go out without your iPhone too. This is really great if you do prefer to use Android but would rather have an Apple Watch on your wrist.

You can pick up the Apple Watch Ultra from Amazon today for just $749 by clicking here.