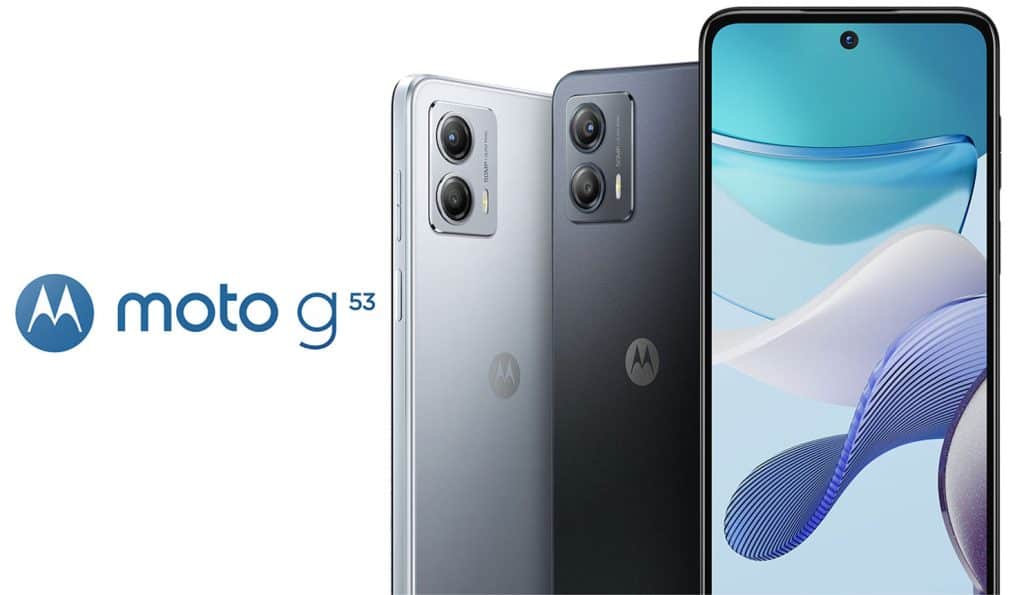 Motorola is gearing up to launch its new budget devices in the G-series entry. Available information proves that Motorola is preparing two devices, the Moto G73 and the G53, both of which are 5G-enabled. As the launch date of these devices draws closer, more information on their specifications is rolling out.

Rumoured specifications of the coming Motorola Moto G73 and G53

The Motorola China website already has the Moto G53 on display for purchase. From the website, it is clear that the global version of the Moto G53 will come with a 6.5-inch IPS LCD panel supporting a 120Hz refresh rate. It makes use of the Snapdragon 480+ processor and comes with 4GB of RAM and 128GB worth of storage.

Additional specifications of this device include a dual rear camera setup housing a 50MP main lens. It has an 8MP selfie camera and runs Android 13 out of the box. Powering the device up is a 5000mAh battery supporting 10W fast charging.

As for the Moto G73, rumours have it that this device will launch with a 6.5-inch IPS LCD FHD+ panel. This screen will also support a 120Hz refresh rate for faster response time. The processor here is said to be the MediaTek Dimensity 930 SoC, which comes with 8GB of RAM and 256GB storage capacity.

For its cameras, the rumours claim that this device will launch with a dual rear camera setup with a 50MP main camera. On the front will be a 16MP selfie camera which sits in the centre screen cutout. The Motorola Moto G73 will run Android 13 out of the box. Battery capacity on this device is said to be the same as on the Moto G53, but it steps up its charging speed to 30W.

Asides from the specifications of these devices, the available leak also goes on to state their colour options. For the Moto G53, buyers can choose between Inc Blue, Pale Pink, and Arctic Silver. Those looking to get the Moto G73 will pick from either Meteorite Gray, Lucent White, or Midnight Blue.